So our boys spent Independence Day at home for the first time in a couple of years instead of at camp (I guess the week is pretty expensive for the church to rent the YMCA camp the holiday week). They’re getting older now, so they get to light some fireworks themselves. Unfortunately, they got some inspiration from their older cousin and cousin-in-law last year–those guys were a little reckless, and my boys, being boys, loved it.

So my beautiful wife has taken to cutting flowers from her garden for locations around the house, and she ordered a couple of new vases for said cut flowers. As I was casting about for something to use to launch bottle rockets–c’mon, man, we used old soda bottles when I was a kid, but they’re not made of glass anymore, you know?–I spotted the recent arrivals on the counter.

“Can I use your new vases to launch bottle rockets?” I asked her.

Because she’s a girl and doesn’t know what bottle rockets do to their bottle. 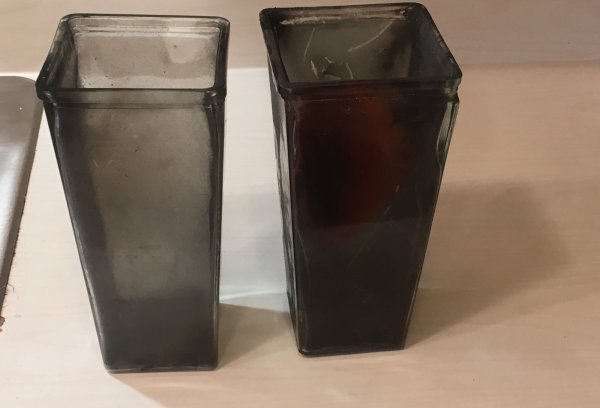 Being the good husband that I am…

I didn’t actually use her new vases, which look like this: 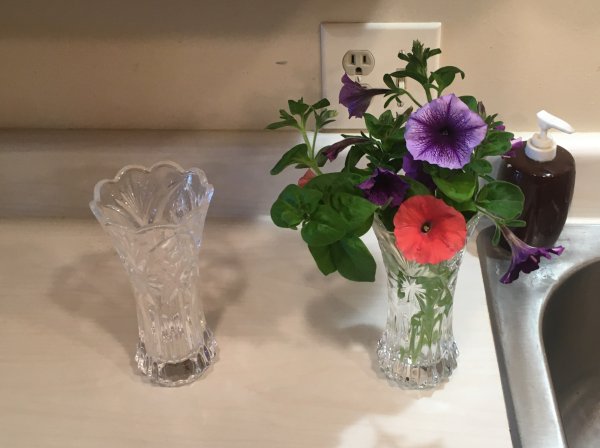 I explained to her I was kidding as the fireworks leave the glass smoky and dirty (as depicted above, gentle reader).

Instead, I found that I had a couple of vases in the glass collection for etching or painting out in the garage. Now, I’ll just have to see if one can clean the smoke and whatnot off of them before I actually make something of them in the coming decades.