Lileks today has a picture from downtown Minneapolis: 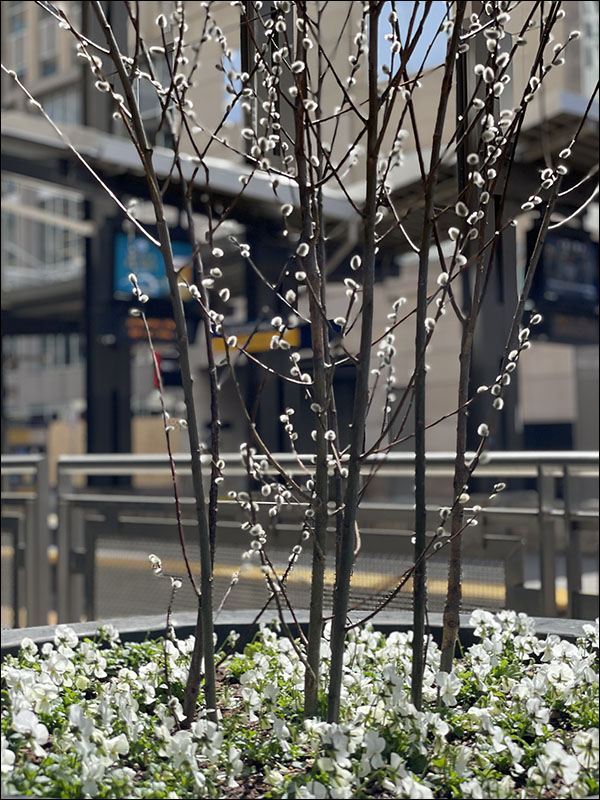 That’s a pussy willow. We don’t have those in Missouri. Unlike when I said we didn’t have white birch only to find that the park near our house in Old Trees was riot with them, I checked the range of the American Pussy Willow, which appears a bit in Northern Missouri, but certainly not here in the Ozarks. When I was a boy, and later a student at the university, I would have seen blooming pussy willows every spring. And as a man, I had not noticed I was not seeing them until today.

At any rate, I have the sudden urge to plant some pussy willow trees at Nogglestead; likely, though, they would fare only as well as the Lileks lilacs.

This is apparently a picture of Ms. Hannigan from 2018:

Wherein Ms. Hannigan is (checks notes) in her middle 40s?

One thing I will say for the 21st century is that women seem able to maintain ageless beauty easier. I am not speaking only of celebrities, who have access and funding for the latest cosmetic medicine advances, but also normal women. Or extraordinary women, such as my beautiful wife; I have a slideshow of family photos running on a monitor nearby all day, and I get a steady stream of her photographs from the last twenty-five years or more, and I am hard pressed to tell where she is 25 and where she is still 25, but the photos were taken at Nogglestead.

Wait, how did we get from trees to a feeble Rule 5 post? All in a desperate bid, gentle reader, to get people on the Internet to: