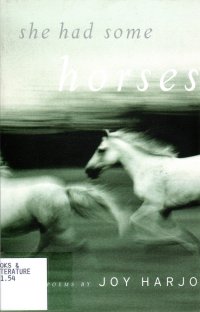 When I went to the library to get a book about food for the Winter 2021 Reading Challenge (Chocolate: The Consuming Passion), I also got this book, a collection of poetry by a Native American woman who, it turns out, is the current Poet Laureate. Which might explain why this book is in print nearly forty years after it or its content first appeared.

Well, her poetry lines are generally longer than those of Linda Hogan, whose book I read in December, short before I knew I would need to read something by a Native American author in the beginning of 2021.

But the same knocks I applied to Hogan, except perhaps the short lines, although some of the poems in this book also have short lines. But the poetry is not concretely evocative. It’s lyric in spots, and probably works better in performance than in reading from the page. But, come on, if the poetry depends upon a predetermined interpretation and delivery, it’s only so good.

The first paragraph and sentence of the introduction say:

Like most poets, I don’t know what my poems or the stuff of my poetry means exactly.

Maybe that’s my problem. I do know what my poems mean, and it’s my job as a poet to convey the meaning poetically, through words that feel good when you read them out loud, not that sound good when I read them out loud (although back in my open mic days, they did–or maybe they were just loud). Of course, I am not a professional poet, although I did get paid $100 for a poem once. Between that and my other sales to national magazines a decade ago, I am entitled to the professional tier in various writers’ guilds when I have been known to join.

At any rate, most of the poems flowed over me like water and back into the bookearth from which they came. I don’t expect to pick up another of her works, although the author is also a musician and a saxophone player, so perhaps I will catch something of hers on YouTube and order a CD.

Or maybe not. A little too Native American-influenced for my tastes.