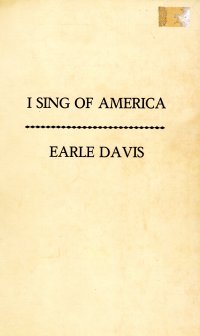 This is a collection of poetry, or rather a group of cantos about America. Spoiler alert: About the only good thing about America is jazz music. Everything else is pretty much killing the Indians, slavery, and oppression. Well, not exactly that bad but mostly so.

So poetical bashing of America goes back a long time, but I guess Charles Sykes published ProfScam in 1988 and The Hollow Men in 1990 (I read them in my formative college years when they still had that new book smell).

The verse itself is not very evocative; rather, it’s expository, preferring to mostly tell what it wants to say (America bad, or at least suspect). The author in a note at the end says he’s trying to emulate Ezra Pound and the Chinese Odes in writing a vast epic built on individual cantos (there are 15) which include a narrator introductions to individual segments in each canto. The author intends for each canto or indeed segment to be an independent poem, so the rhyme scheme and rhythm varies. Some are better than others. But that praise is relative. Nothing in it is very compelling.

The book is signed, an unnumbered copy of a limited printing of 100 copies. It looks like it was laid out with a typewriter. 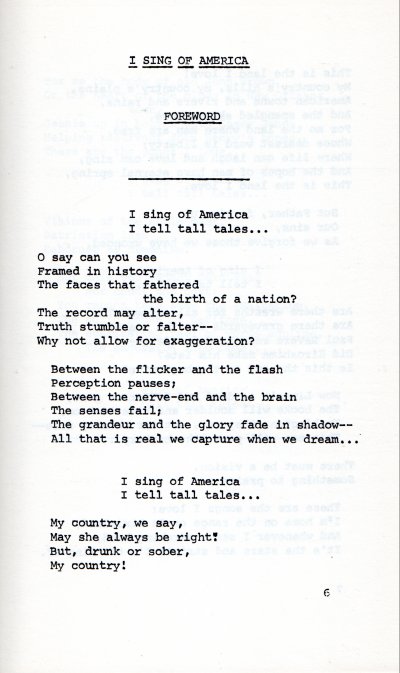 My beautiful wife glanced over at some point and read some of it, pronouncing it not good, and wondering why I read things that are not good (poems and novels). The professor conducting the current lecture series to which I am listening said yesterday that writers can learn as much or more from reading bad things as good. Which is what I also maintain. Although the importantest lesson for writers is to write as I hope to learn someday.