So I’ve had a FitBit for a couple years, and I was dismayed when Google bought it last year.

The time has come for Google to upgrade its product, which is apparently me. 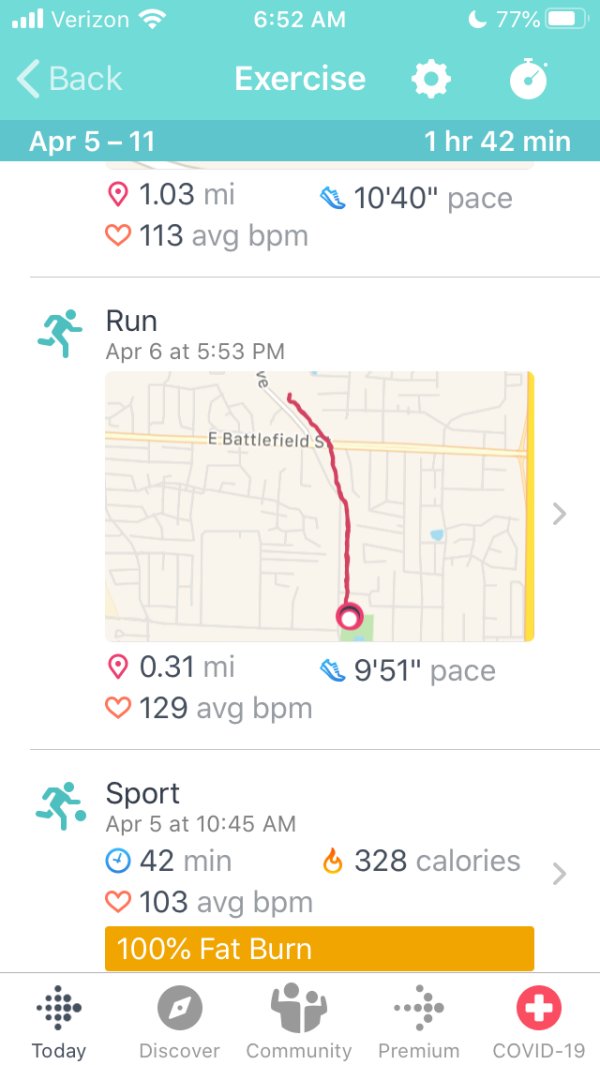 However, a new update has changed that as well as bollixing the historical data (the route on the run above is actually two miles running out of Sequiota Park).

Now, I can only track my route if I authorize Google to track my movement every minute of the day: 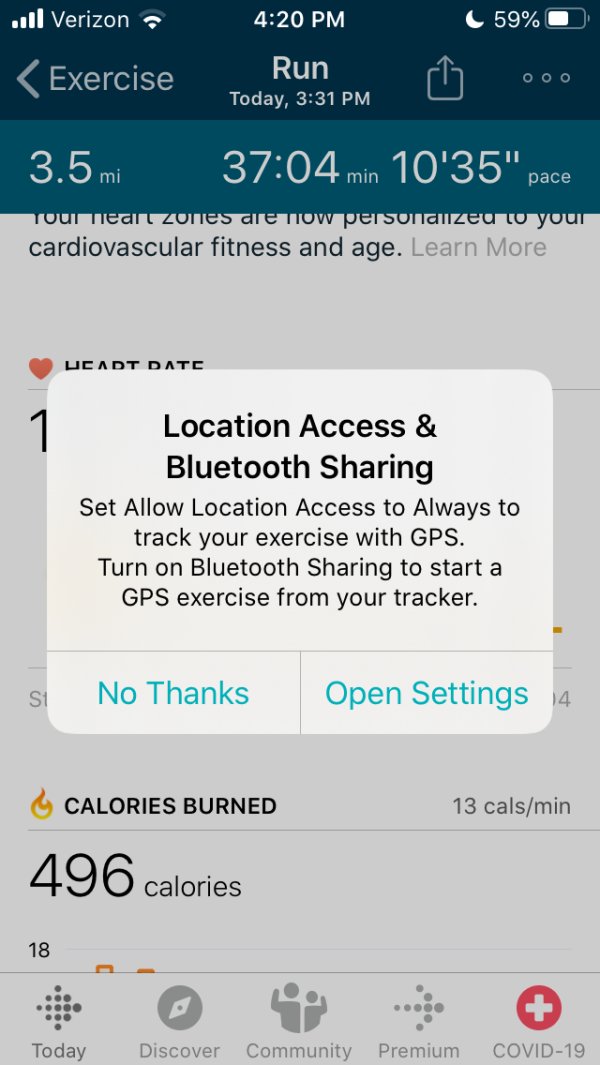 If I run around the perimeter of Nogglestead, which is a third of a mile with at least intermittent connection to my wireless network, I get information about the run including heart rates and pace as well as a handy map that shows me exactly what part of my yard’s perimeter is in wireless range:

If I have not opted to share my location at all times with Google, I get stuff calculated from the stride length and not much more: 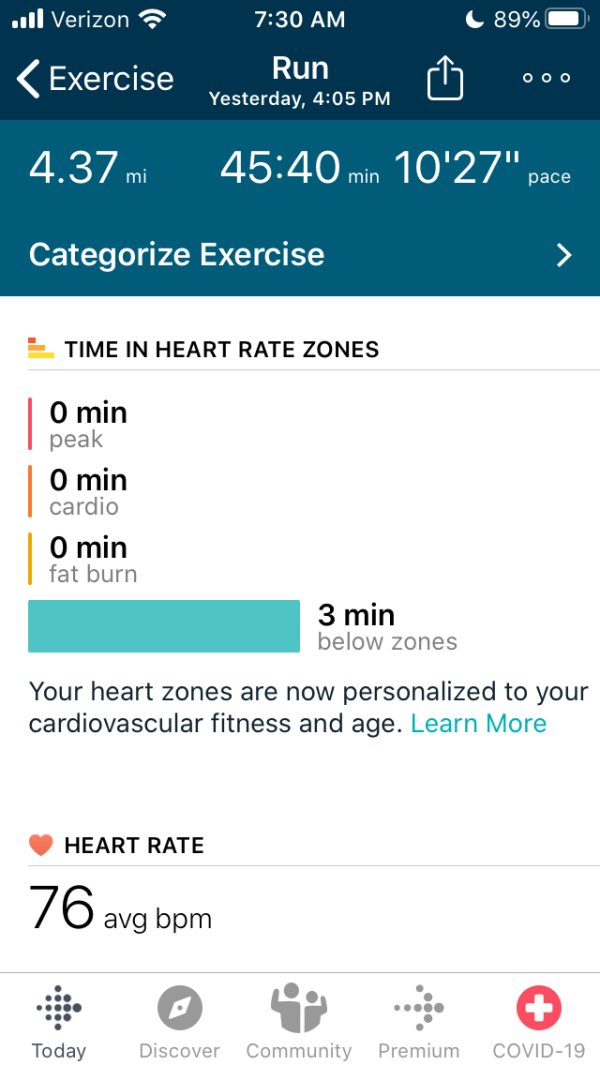 No map, no heart rate graph, no pace information.

This could be a bug of some sort.

But I think it’s more likely a reason to get an Apple Watch or a Garmin. Or go back to wearing my old Timex.