An ad for a smoothie shows a woman throwing a round kick (or a whip/hook kick, depending upon the way she swung her leg) way above her head: 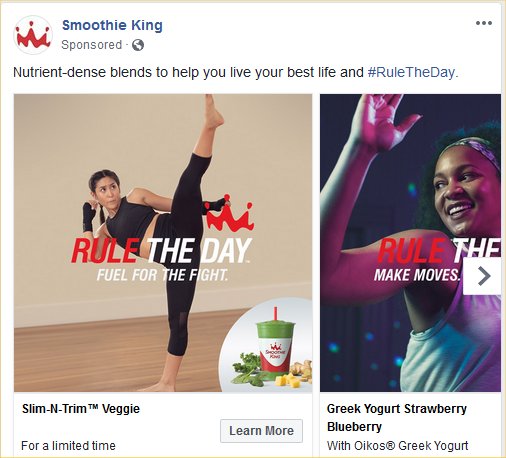 I don’t know who she would kick that would be that tall. Zdeno Chara, the 6′ 9″ defenseman for the Boston Bruins?

One of the knocks on tae kwon do is that its focus on forms and pretty kicks doesn’t have real-world applications. However, kicks like this do demonstrate flexibility and body control which come in handy when you kick like that a little lower.

Full disclosure: The school where I study martial arts blends tae kwon do kicking in with other martial arts. And although I can round kick head high, I cannot round kick (or whip/hook kick) Zdeno Chara in the head.