This morning, while taking my children to school, our loud music scattered a couple of deer a couple houses up from us, and as I drove slowly by them, on fled from the loud music pouring from my car. Too small to leap the rail fence, it ran until it found a spot it could comfortably duck under. My oldest son, whose name has five letters so he gets to ride in the front, and I chuckled about the deer not liking Billy Idol. As I continued on the farm road, I was working on the humorous Facebook post I would make for it.

We went over a couple of large hills, and as we came down the hill and towards Wilson’s Creek, I saw in the distance a car with its flashers on on the side of the road. So I tried to figure out what was going on and slowed down. The car started moving, and I saw beyond it a truck sitting with it’s flashers on behind it, and I looked to see what was going on.

Then….IT broke from the trees and the shadows on the right side of the road.

A cow, escaped from a nearby pasture. 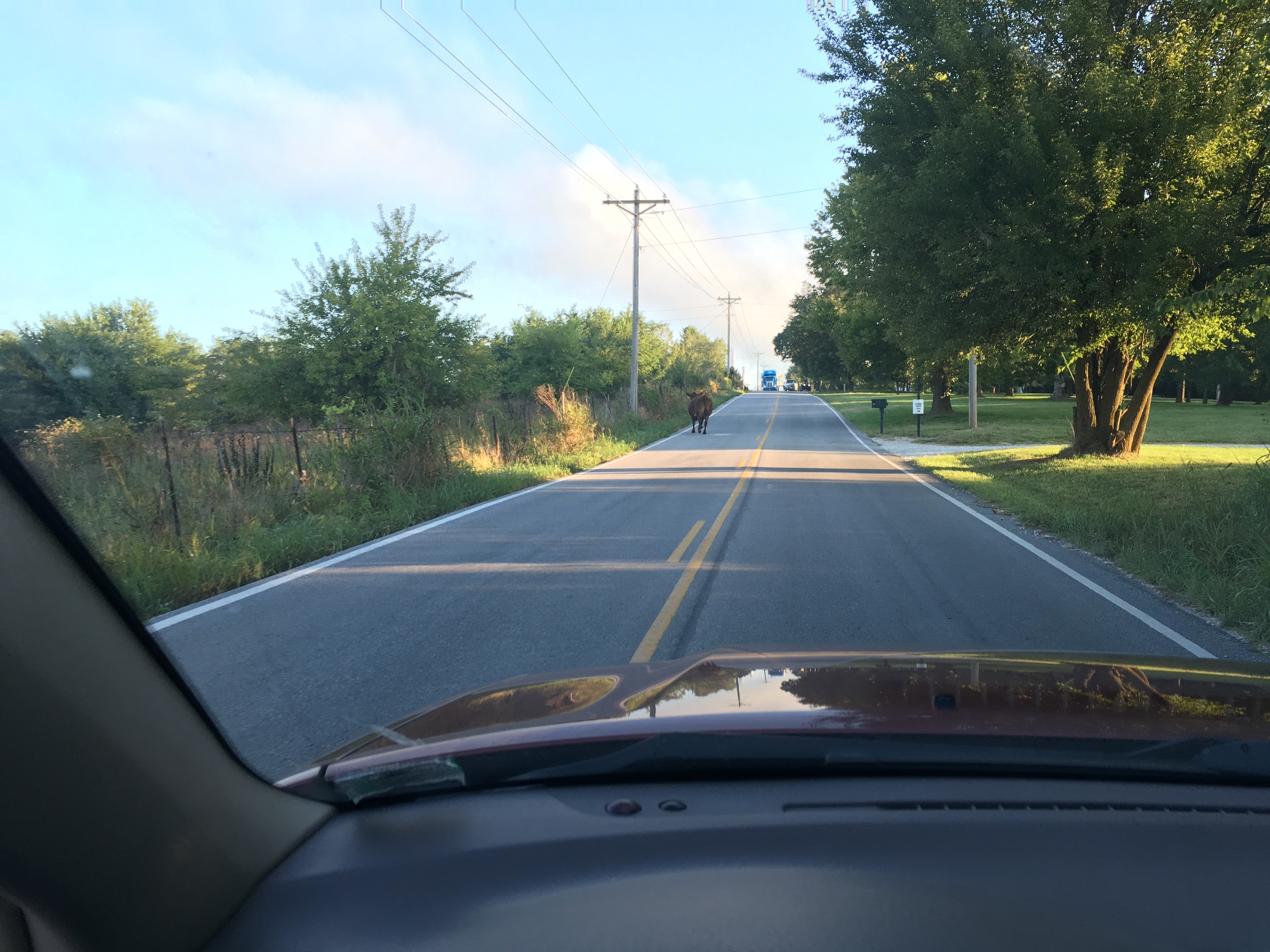 It moved into the left, oncoming traffic lane; apparently, it was some kind of English breed. I stayed, behind it, driving slowly because it’s impolite to pass livestock on the right. Also, I was not sure when it might decide to move into my lane.

The cow ran from the loud music pouring from my car. It was no longer Billy Idol; instead, it was Against the Current.

I’ve never seen a cow double-time it like that since Top Secret!

Someone came out on a four wheeler to get it, but I herded it into its pasture as it fled from me and turned left at the first drive. Perhaps it wasn its pasture. Perhaps it was just a quiet pasture, or at least a pasture that would be quiet when the loud Toyota was past.

I don’t know how close it was; if I was going my normal rate of speed, would I have been past the cow when it broke onto the road, or would I just have been too close to stop in time? Idle speculation at this point.

But I did get a Facebook status out of it. 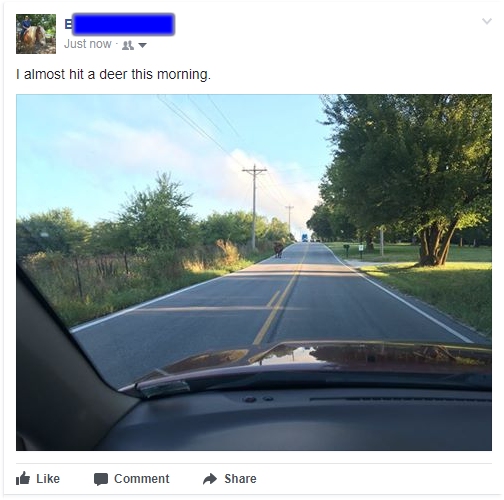 Feel free to scrub it of context and submit it to “City People Are So Dumb!!!!” listicles.