Since my wife and I support our children’s school’s sports teams, we got a purple polo shirt this year, much like the coaches wear. I thought I’d snag it, but I wore it once, and it reminded me too much about when I was actually a coach, and all the people who died.

Brian J., you’re such a reserved fellow. How did you become a little league coach? Well, friends, when my oldest son was in pre-kindergarten and kindergarten, someone in his class’s parent fielded a t-ball team. But when he went into first grade, the parents involved stopped, so I stepped up so that both of my children could play on t-ball and baseball teams. Well, I shuffled reluctantly up. By the time I’d decided to do it, it was too late to sign up teams for the city parks’ league, so I got started with the YMCA league. I told the parents in both classes to sign up for coach Noggle’s teams, and I registered for a 4-year-old team and a 6-year-old team.

But the YMCA lumped them altogether and, since we didn’t have a full team, glomped the SLS pre-K and 1st Grade team together with some six-year-olds from a local elementary school. The team had four coaches total: Coach F, Mrs. F, a realtor who looks like Dennis Quaid, and me. 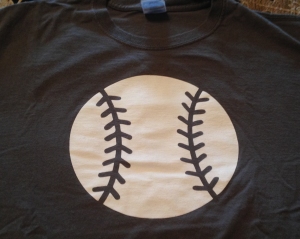 Me, I was thrilled to have both of my children on the same team since it halved my number of practices and games to coach. Dennis Quaid didn’t, though, as he wanted his six-year-old to play on a competitive team, so he withdrew. Which left Coach F and me, since Mrs. F handled some administrative work, and Coach F and me ran practices and whatnot.

So I ran practices and encouraged the kids even though I generally don’t like kids (my kids generally excepted). Hard as it may be to believe, I was the loud coach, the one yelling encouragement in practices and in games, shouting “You got it!” whenever a ball was hit toward a peewee infielder or “Run, run, run! You got it!” whenever one made contact while batting (many of the yuts would hit the ball and watch it, so Coach Noggle tried to help them along).

At any rate, our blended team did their best, mostly, and it was an interesting experience. I got on well with Coach F, since he was a friendly fellow with an excellent sense of humor, which means he laughed politely at my jokes.

Then, after the season, Coach F shot Mrs. F and turned the gun on himself, leaving their newly seven-year-old reluctant baseballer to find their bodies and call 911 before school.

I didn’t bring this up with my children, and they’ve only occasionally wondered why they didn’t play baseball the next year. They weren’t really that into it, so it was only an infrequent question as the seasons passed.

Strangely, though, this is not the first time someone on a team I coached was gunned down.

Back in my college days, I was a mascot/unofficial coach for a women’s recreational team in a Milwaukee parks league. I helped out with the practices and attended all the games, providing encouragement less loud than I would 20 years later. I nicknamed one of the women “Thunderball” because she was a power hitter and because she once put another woman in the hospital with an errant throw. Thunderball lived with her husband and kids in a rough area of the city, and one afternoon as she came out of a McDonalds with her kids, a man with a gun robbed her and told her to get on her knees. I don’t know if it was moving into sexual assault or not, but she said, “Not in front of my kids.” So the bad man shot her. I don’t think they ever caught him.

I remember I wanted to write a poem about it at the time, murder on the periphery. If a tragedy or crime like that strikes close, you deal with the direct emotional impact of it. But when it’s only someone you kinda know, you think about it and get bothered by the injustice of it at a rational level but indirectly emotional, too. More outrage than direct grief. Also, the murder becomes an outsized portion of that person to you; instead of having a wealth of experiences with them to remember, you have a bit a couple things and The Murder.

But I think too much about things.

So after I wore the polo shirt from my kids’ school, I washed it and put it into my wife’s drawer. It’s a bright purple shirt, but it brings a dark cloud to me.