You might have noticed it was quiet around here for the last week or so, gentle reader. If you live in Southwest Florida, you might have noticed it was a little louder. That’s because I took a trip down to Sanibel Island and Marco Island for some important sunburn time. Although we did only found one “used book store” (actually a stall in an antique mall in Naples), I managed to pick up some Florida-themed reading at Wickham’s Books South as well as some of the other retail bookstores in the area. Most of them, actually, came from the Barnes and Noble discount rack, where I thought if a book looked interesting, it would cost more to buy on the Internet later (where it would not be 75% off), so I bought it. The thinnest of pretexts. 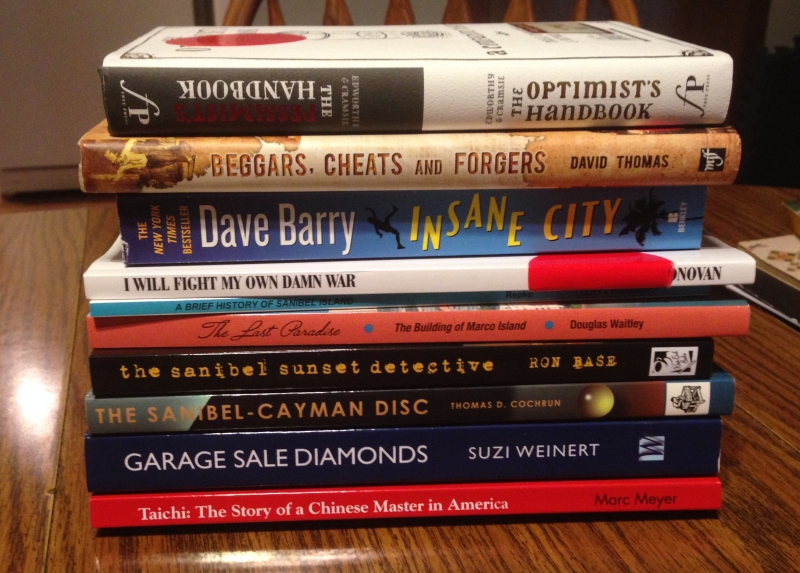 I spent more than I normally would, but that’s par for anything on vacation. Also, note I have already read three of these books, so you’ll get them in more detail presently. Or you already have if you’re reading multiple posts in reverse chronological order.