On Saturday, I dragged my family to the Friends of the Christian County Library book fair in Ozark, Missouri. I say “dragged” because it was their second time there, as they had some free time on Thursday and were in Ozark. So they’d already bought a couple of books, but my beautiful wife found something among the gleanings.

As it was the last day, it was bag day, so I bought a number of duplicates just in case I didn’t have them already. In many cases, I did.

So here’s my stack: 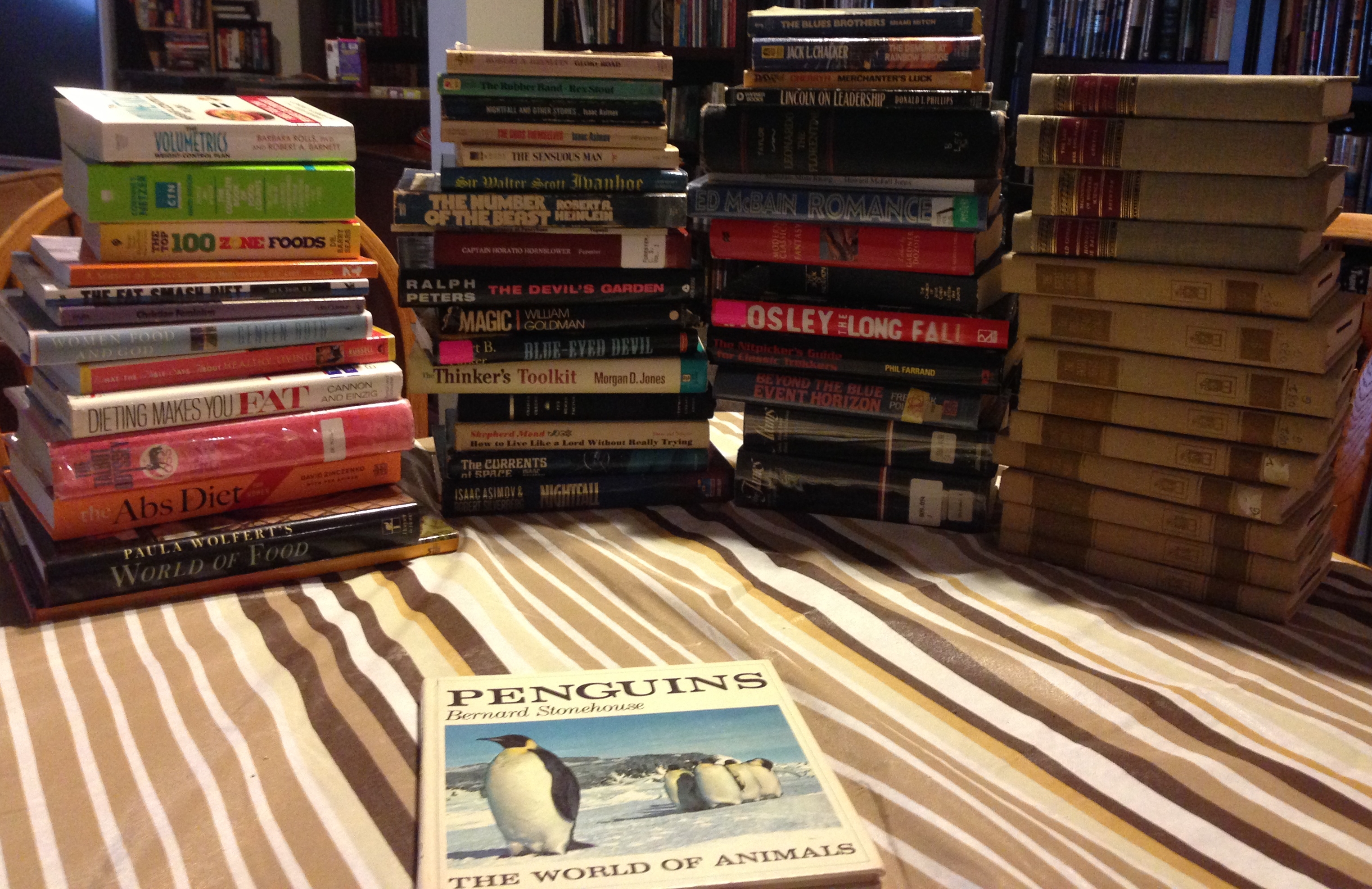 Among the stack, I got:

Quite an eclectic mix of things I’d like to read soon. As soon as I read the other things, I mean.

And a lot of things to ship off to some unsuspecting person.

The total spent: $20. It was six bags at $2 each plus a bit more for the Friends of the Library.

This week, we’ve got the Friends of the Clever Library on Saturday, and the Friends of the Springfield-Greene County Library sale begins next week. Which is the whole season, practically, in the southwest Missouri area, which is unlike St. Louis, where churches and whatnot run little book sales all summer. Which is fortunate for me, as I am about out of bookshelf space here at Nogglestead.