Last night, my beautiful wife and I went to the wine shop.

What did I get? What television told me to. 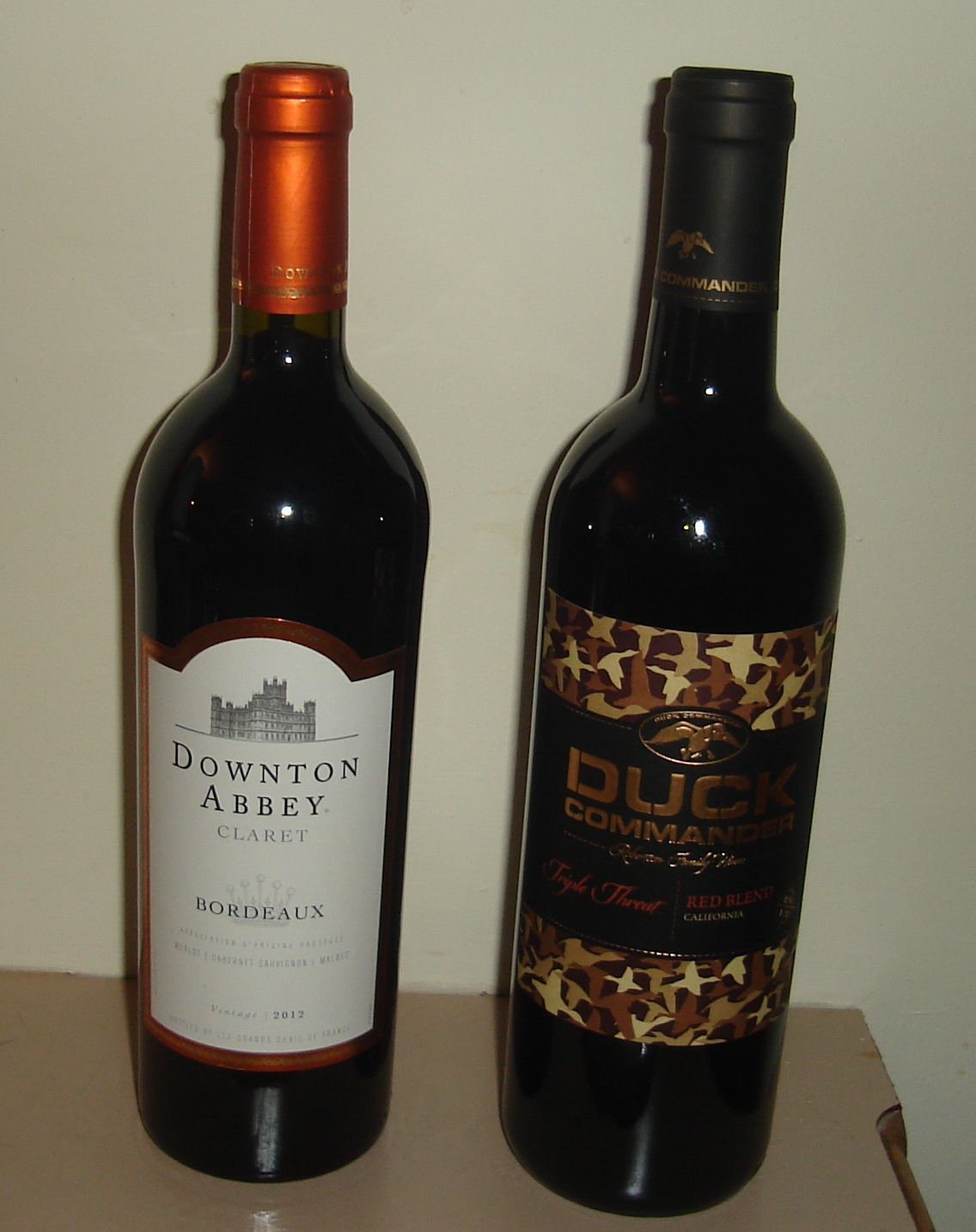 You know the target markets for these two products do not generally overlap. Or do they?

Fun Science Fact: These bottles actually repel each other like magnets.

UPDATE: As I clarify in the comments:

I said like magnets because I was being all Bill Nyey and dumbing it down for the lay people. The actual force in play is disdainetic force, and it’s only present in the Downton Abbey wine. The disdainetic force does not repel; instead, it is repelled. The Downton Abbey wine is repelled by the Duck Dynasty Commander wine bottle and wants to move away from it. The Duck Commander wine has no disdainetic repulsion in it and does not care what other wine bottles are nearby.