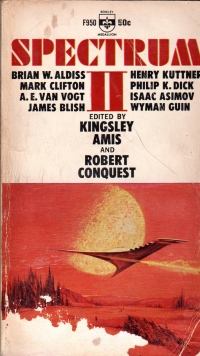 This book is a fifty-year-old collection of science fiction short stories from some of the luminaries of the business.

Overall, in retrospect, these are some pretty grim tales that don’t necessarily present an optimistic view of the future. However, they’re very imaginative in that they go off in a variety of directions, and you’re not sure where they might end up. So each has the potential to be a treat in its own right. I liked the book, and I think this is shaping up to be a science fiction year for me already.