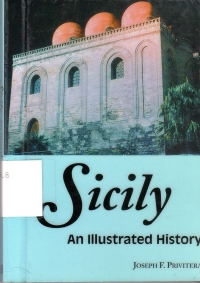 After reading the book on Sweden, I guess I got onto a bit of a roll reading this sort of book. This book is a short (150 pages including the index) history of Sicily. It starts about the Greek colonization mingling with the natives (the Sicils) and goes through the height of Sicily, which is right about the beginning of the Roman Empire. The Roman Empire period gets short shrift because Sicily was just an exploited province at the time.

A second flowering occurs under the Normans. You know, I’ve mentioned my history bent has been toward English history, so my understanding of the Normans comes from William and his line. Although history books I’ve read mention the Norman holdings in the south, they didn’t go into how and why they were on Sicily. This book does, so I’ve added a bit to my knowledge.

Sicily is about the seventh of the size of Missouri, to give one perspective. It is a big area, and it was not united for much of its history. Fascinating. Of course, its position in the middle of the Mediterranean offered it some advantages early because it was a waypoint for trade, but once the bigger continent-based powers ramped up, they dominated it and it was controlled by bunchs of what the Romans would have considered barbarian tribes and later the Spanish. Huh.

I’m glad I read it. But I realized that most of the books I’ve read so far this year have been library books. That’s not cleaning out the fabled Nogglestead library’s To Read shelves. The last couple of times I’ve been to the library, I’ve asked my beautiful wife to keep me from the stacks. True story.