Gimlet linked to an article on Ars Technica entitled "First encounter: COMPUTE! magazine and its glorious, tedious type-in code" that talks about getting a start with type-in programs back in the old days:

My first computer was an Atari 600XL, a 16KB model with a cartridge slot and no disk drive which my parents suffered through a high-pressure time share sales pitch to obtain for me. And I loved it, not so much for playing the cartridge version of Star Raiders (though I did that, too) but because the machine opened the door to BASIC code and to writing one’s own programs. It was like a LEGO kit for the mind: if you could think it—and squeeze it into 16KB—you could build it.

But how to save these masterpieces? I quickly acquired a finicky, used tape drive to store my programs on standard cassette tapes, picked up some books from the library, and I was off, coding versions of “Hunt the Wumpus” and other early Unix delights that had been ported to BASIC for the new breed of home computer user. Then, as I was browsing the magazine rack at our public library one day in the mid-1980s, I came across a wondrous magazine called COMPUTE!. It contained cutting-edge programs—including plenty of games—with decent graphics. And the code was all free. I quickly grabbed every back issue the library would let me take and headed home.

Brother, those days are now: 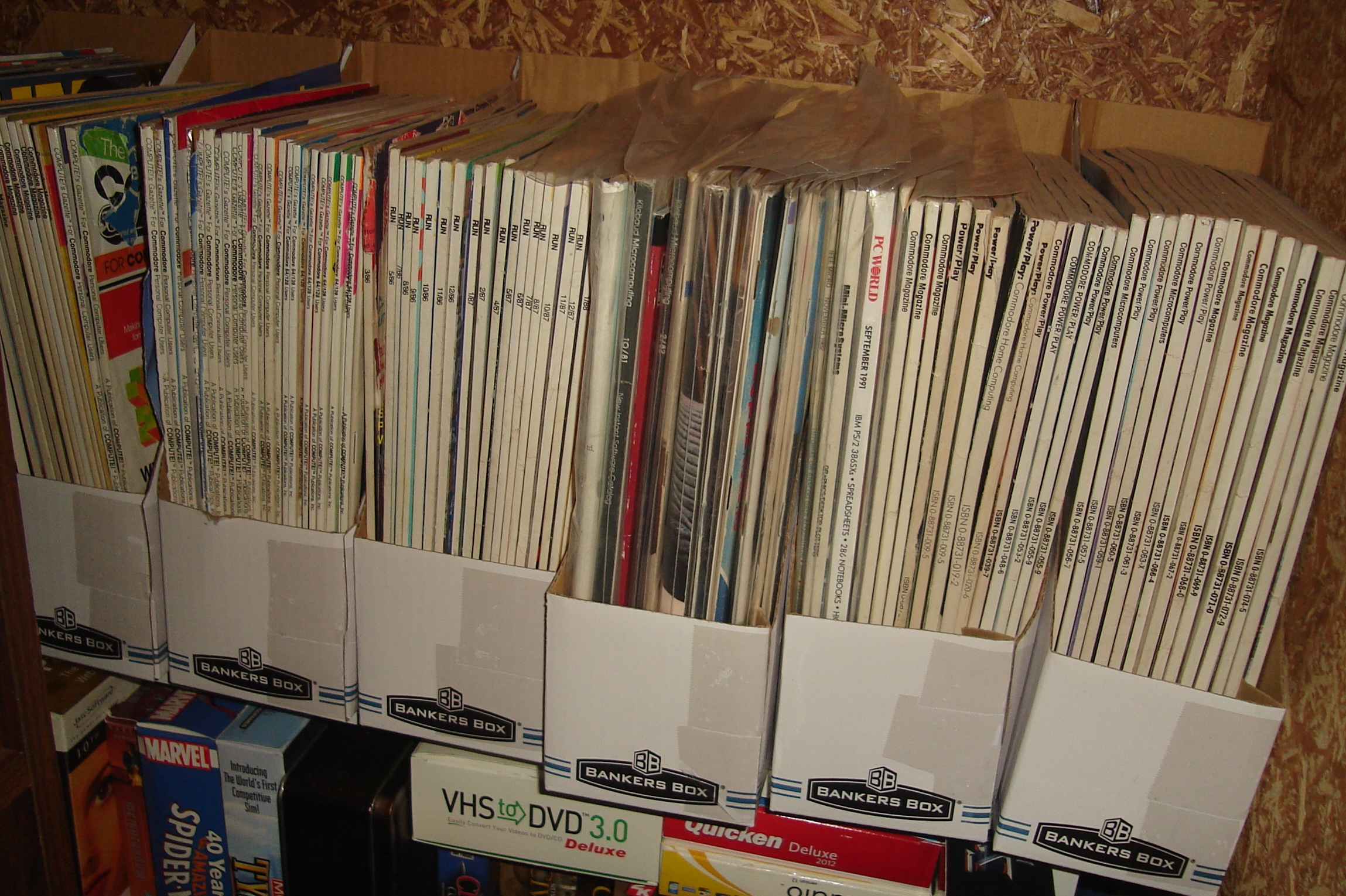 What do we have here?

Strangely, I don’t appear to have saved any Ahoy! magazines, which I also got or picked up on occasion. I don’t remember which it was.

The first three titles have type-in programs, many of which I typed in. But I don’t have to type them in again. I still own the 5 1/4″ floppies that I saved them on 30 years ago. It’s been a couple years since I fired the old Commodores up, but the disks were still readable then. I have faith they still are now.

But that’s not entirely what I mean by the past is still with me.

When I want to learn a new programming language from scratch, I’m still prone to buying a Teach Yourself [language] programming books that have a sample program that you can type in over the course of the book. Of course, they don’t really teach you much about developing in that language except how to develop that program, but I still type along with the chapters. When I’m trying to pick it up from scratch.

When I’m on the clock, I’m all about getting something done quickly, so its Internet forums and reference books (in Ruby these days).

But I still pick up the books and type along when I don’t have to do it right now, and I type along. And then I abandon it when the checksum fails and I can’t find the typo. Just like the olden days.