George Lucas started messing with the real story of Star Wars even before the whole “Greedo shot first” revision of history and the attempt to market Darth Vader: The Early Years as some sort of heroic epic.

No, Lucas altered the story of Star Wars even before it reached the cinema:

Luke Skywalker did not destroy the Death Star.

Come on, reason it out: Skywalker was a seventeen-year-old moisture farm boy suffering from post-concussion syndrome whose experience piloting a small attack craft was cruising along the surface of Tatooine in a hovercraft and a couple of hours riding on the Millennium Falcon. Lucas wants you to believe he just suited up, hopped into a short range attack fighter, fought dogfights in the three-dimensional and zero gravity environment of space, and blew up an attack station?

Banta crap. You want to know who really blew up the Death Star? 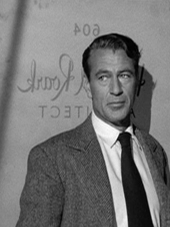 Come on, when the new Emperor wanted to build a giant space weapons platform, it had never been done before, and architects didn’t have an answer for it. But Howard Roark was open to new challenges all the time, and so when Peter Keating Organa came begging for help with the project, Roark said he would help as long as the weapon would be built on his own terms, without alteration. Keating Organa agreed, and Roark went to work. 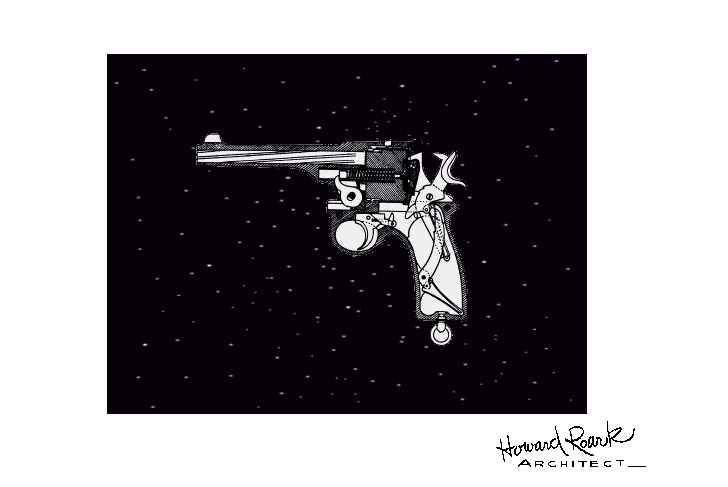 “A space weapons platform has integrity, just as a man and just as seldom! It must be true to its own idea, have its own form, and serve its own purpose!”

However, the other Empire architect hacks took their swings at the design, and Keating Organa was impotent to stop them. “Let’s make it spherical, so it will be in cosmic aesthetic harmony with the planets it will destroy” and so on. So that’s how it got built over the course of a decade and a half with cost overruns and whatnot.

When it was all finished, Roark was outraged. He snuck onto the newly named Death Star (although it was not shaped like a star at all, which also peeved Roark) shortly before construction was complete, planted explosives along the ingress vents along the reactor core (not along the exhaust vents, which would have washed out much of the superheated plasma from his explosives as they evacuated the reactor’s superheated plasma, limiting the damage to the core exterior and not breaching the structural integrity of the cut-rate contractor metals used in the construction).

His depression of the triggering mechanism occurred just as a small, insignificant Rebel attack commenced on the Death “Star” (oh, how he HATEDHATEDHATED that). The space weapons platform was destroyed, and the Emperor came looking for Roark.

Instead of a dramatic courtroom scene, the Emperor just Force-choked Roark to death. Or he would have, until the Emperor discovered the scientific and metaphysical fact that the Force doesn’t work on Objectivist heroes.

Left without his satisfaction of killing Roark, the Emperor shopped around for an easy scapegoat, and his attention fell upon a lucky little moisture farm boy whom the Emperor could kill easily and publicly to close the case on the Death Star destruction. Unfortunately for him, the Rebels were able to whisk Skywalker away, and the Emperor had a lot of trouble catching him.

The Emperor let Roark go, hoping the architect would not challenge the Emperor for supremacy in the Empire. Roark, though, just left for an obscure corner of the galaxy and worked in the Libidnium mines on Balzarine for a long time while the Empire rose and fell.

That’s the real story. George Lucas is just a propaganda tool and apologist of the Galactic Empire.

1 thought on “Who Really Destroyed the Death Star?”