You’re not mistaken; the Good Book Hunting posts have dropped off here recently. I only hit three or four book fairs a year these days, since they’re not as prevalent in Springfield as they are in St. Louis, and we’re reaching an epoch where an average garage sale these days doesn’t feature many books, and if they do, it’s not books that I need to read. Garage sales, if you find them, are heavy on the relating to God, What To Expect When You’re Expecting, and public school teaching books. Even if you’re going to a large church garage sale. Plus, I mean, I do think at a certain point you’ve bought enough books. So until I get to reading them by the cartfull, I’m going to slow down the purchases.

Saturday, for example, I went to a garage sale at St. Agnes, and I only bought one book.

I’m more on the lookout for interesting record albums. In addition to the normal big band, jazz, or classical LPs I’m on the prowl for, I’ll pick up something on the cover looks interesting or for other slender pretexts.

For example, Saturday I picked up The Songs of Terry Ber because she covers a Leonard Cohen song on it (and I mistakenly thought it was an album of spoken poetry anyway).

I also picked up a copy of Rocio Jurado’s 1979 album Señora because the album cover and everything are completely in Spanish, and I want my musical collection to be multilingual (we already have an album in Hebrew, a collection of Israeli brass music): 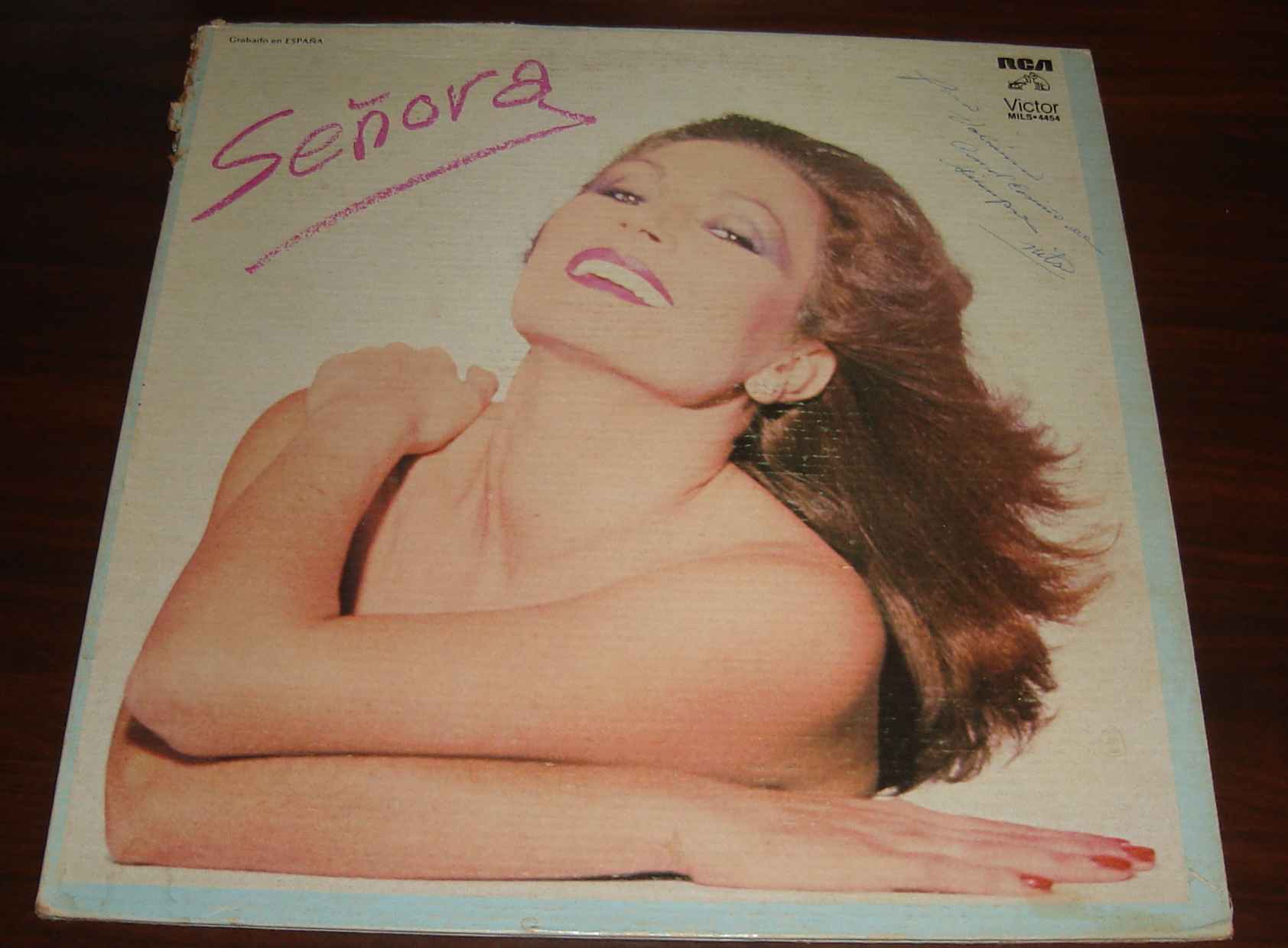 How Spanish is it? There’s an inscription in the corner: 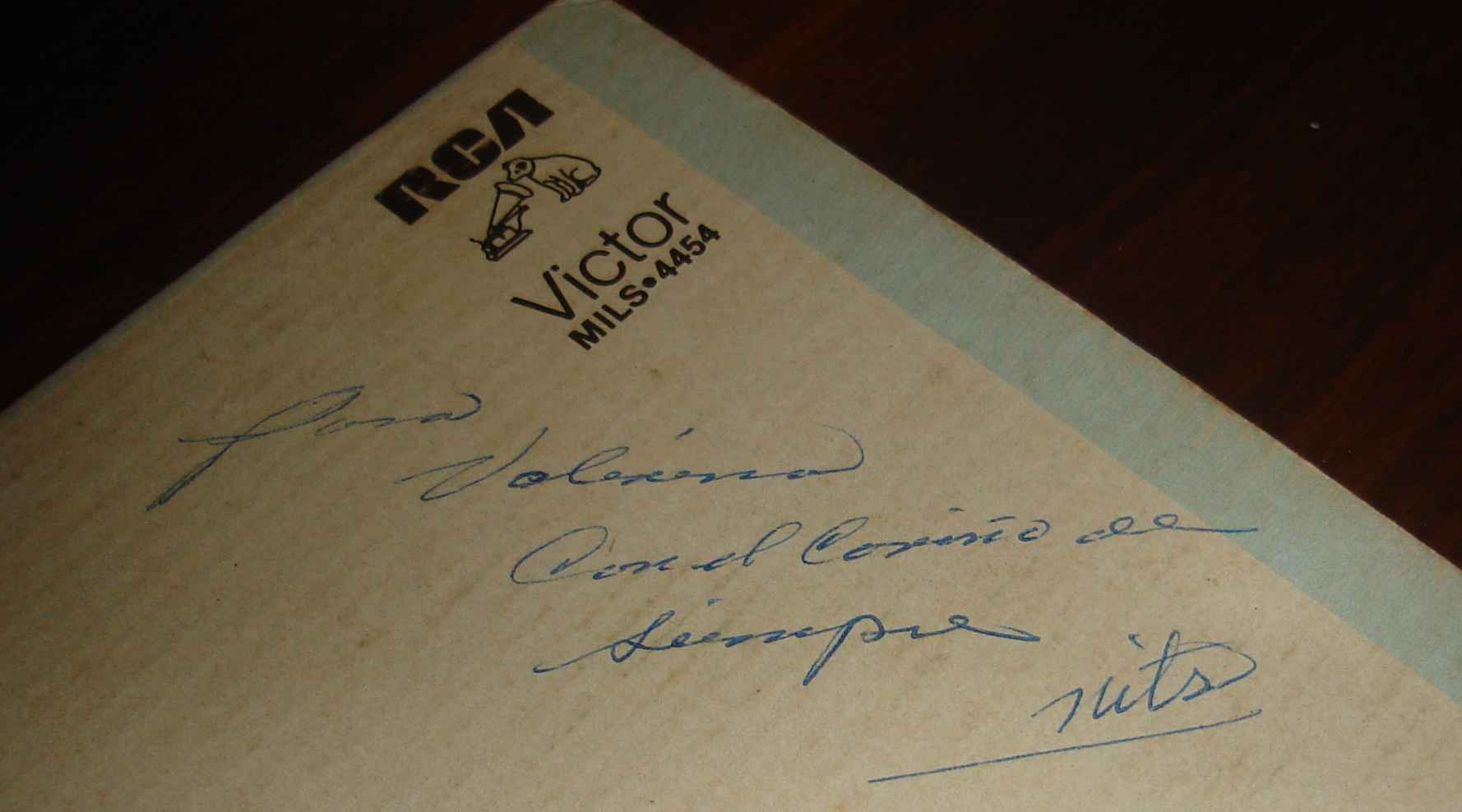 I can’t quite make out the pivotal word in it; with the something of forever/always. It’s hard to read handwriting in the best of cases, but in Spanish, the pattern-matching skill necessary is lacking. But it’s a love inscription, probably, from 1980. I can’t help but wonder if they’re still together 33 years later. Probably not, or I wouldn’t have the album now.

The music itself is light pop from the era, kinda with the vibe of Debbie Boone, but in Spanish. Did I mention I bought a record in another language? It would only make me more of a hipster if it could somehow throw up some subtitles.

At any rate, I’ll listen to it again, and every time I do, I’ll wonder about the people from the inscription. Starting with their names. What is that, nuts? nita? I have no idea.