Over the weekend, my children attended a birthday party and got temporary tattoos with a nautical theme as befit a pair of pirates. So Daddy talked a little extraneously extemporaneously about tattoos, and how members of the military often got them, including their Uncle Kevin and their great-grandfather Raymond. Ray, my grandfather, had a blue Marine bulldog on his arm, marred by the scar where he’d been shot while helping take Okinawa.

Suddenly, I thought to go to the coat closet and bring out a bit of history for them: My grandfather’s jacket*. 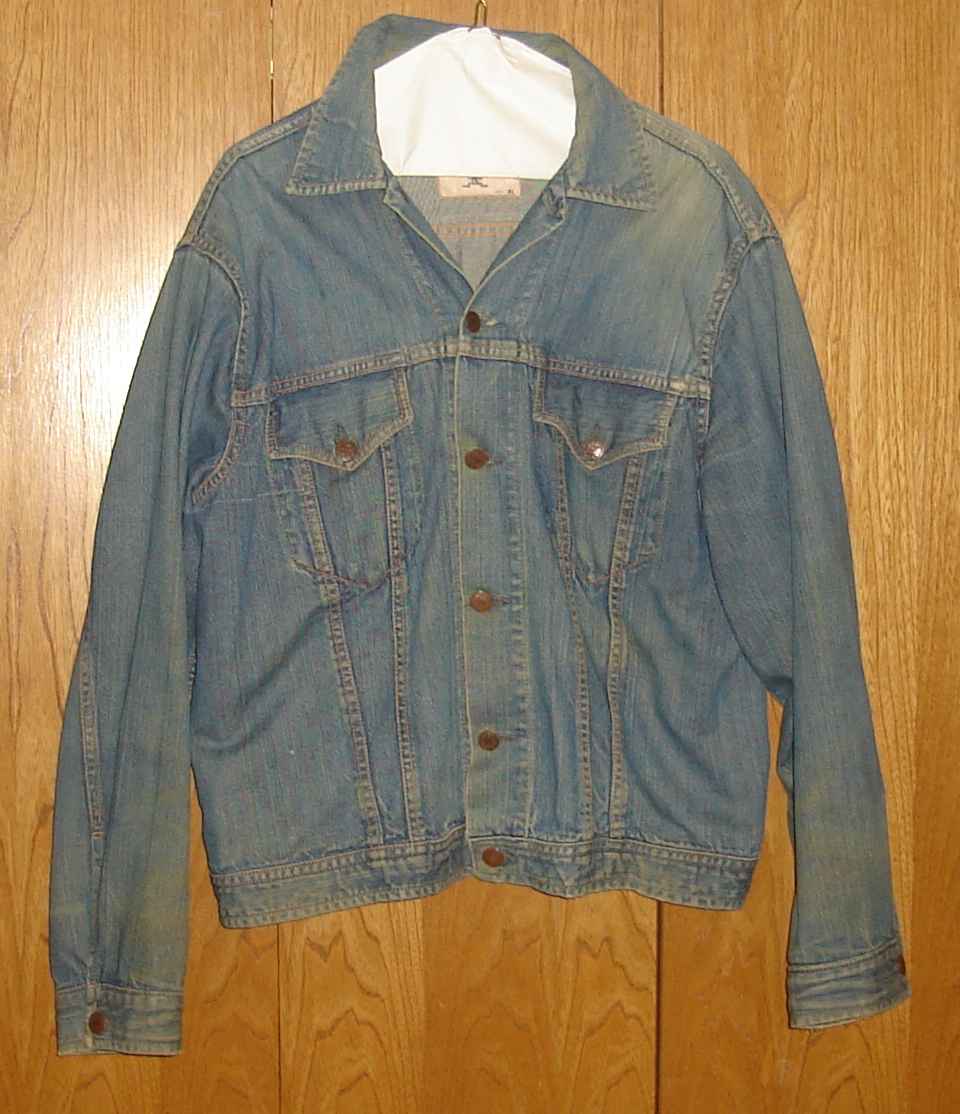 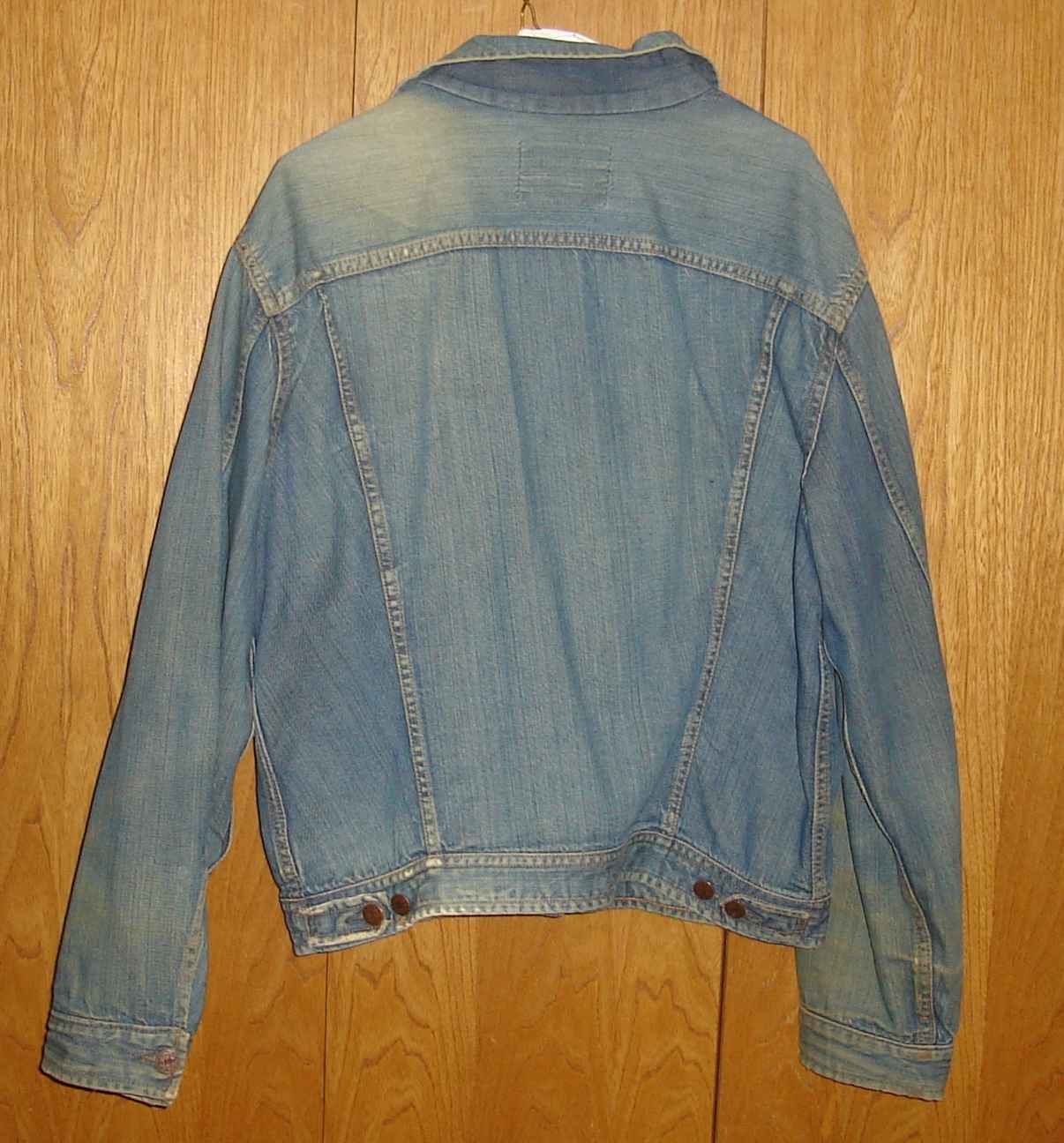 I wore that jacket through my first years at college until it was supplanted by my trenchcoat my senior year. If you look closely to the back, you can see the worn shoulder where my backpack strap rested.

My grandfather was a bulldog himself, so the sleeves were a little short for my simian arms, but that didn’t matter. Ever since I was in high school or maybe before, I’ve preferred to bare forearms, so I shoved the sleeves up over my elbows. If you see me in a sweatshirt or sweater these days, the sleeves will be shoved up, and I wear the sleeves on my more formal attire rolled up a couple times, if not over the elbows. I don’t do this with trenchcoats, however. But the denim jacket was a piece of fashion, part of the Canadian tuxedo that was my style statement during those years of college. I didn’t take it off for class.

If you look at the button on the right front pocket, you might see its button is tearing away from the pocket. For the years of school, I carried a small panda bear in it to break up the normal Noggle grimacing and intimidating demeanor. It didn’t work. But when Noggle hopped onto the city bus bearing him from Marquette University through the Core and onto his urban environment, I closed the pocket. There’s no point asking for any more trouble than being a member of the minority on public transit already does.

I don’t know how many years my grandfather wore this jacket; I wore it for three. Since I got into the trenchcoat and fedora look, I have not worn it that frequently, although my wife mentions I wore it when we were dating.

But I have it at the ready in the coat closet if I have the urge. And, more importantly, I have an artifact of the legendary members of the family of whom I speak to my children and who my children will never meet.

* There is a slight chance that this is not my grandfather’s jacket at all. As a youth, I was also given a choice of hats between my father’s and my grandfather’s, and I made the same decision. The hat decision took place when I was in middle school, and the legendary chewing puppy we got when we lived in a mobile home in Murphy, Missouri, claimed that hat as his own. So I might be misremembering the jacket thing and bought it at a yard sale in 1989. But I don’t think so.