No book sales this week, but I must have known I was going to be challenged, because I bought some books anyway. We hit two church garage sales, looking more for wooden things I could pyrographitate on, but I found some old books marked a quarter each, so how could I pass them up? 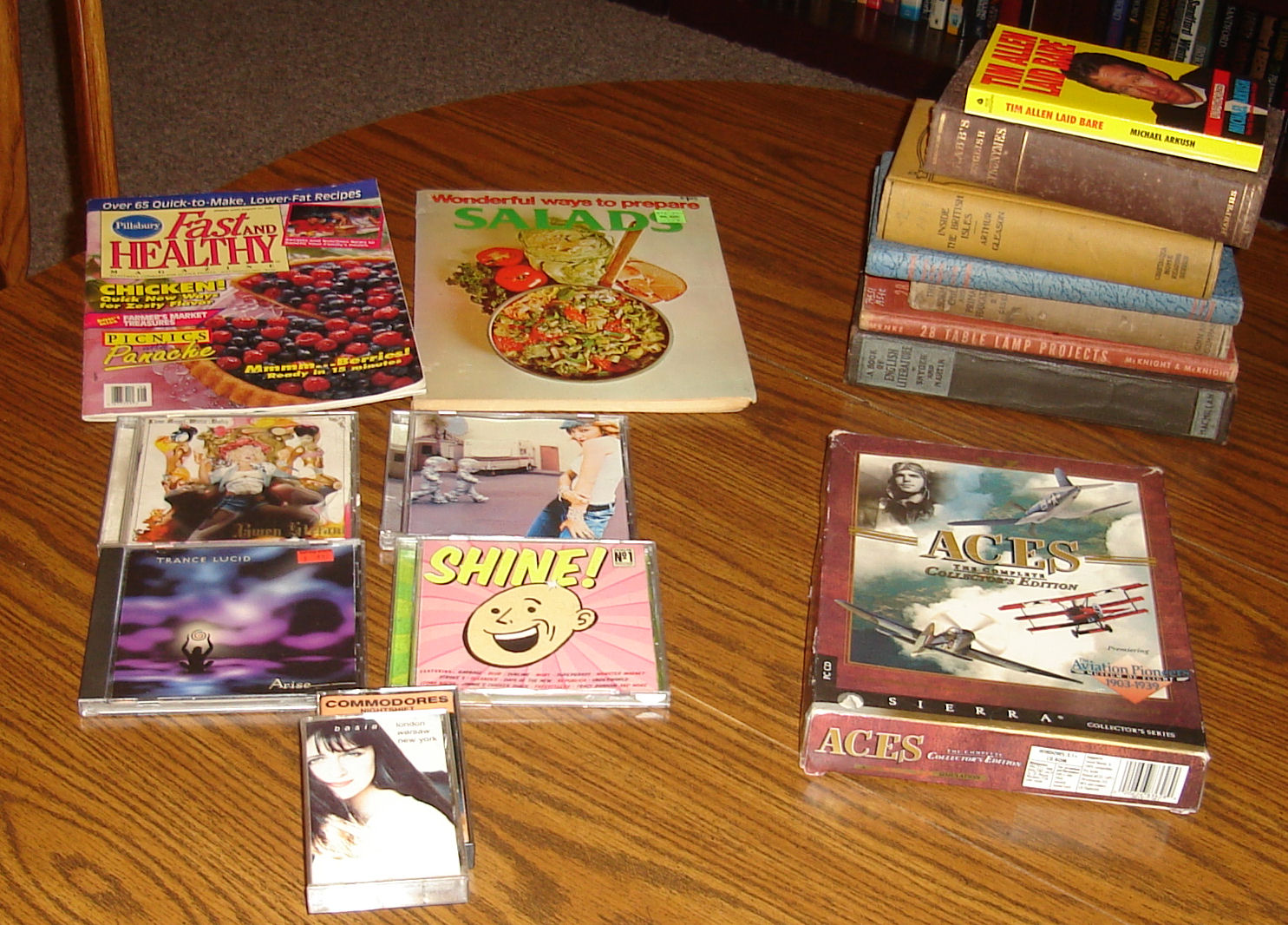 Most of the books are from the early part of the last century. They’re in fair shape, but come on, they were $1.75 all told.

I also got a collection of flight simulator software that probably won’t work on any of my operational PCs. Right after I donated to Goodwill the joystick I bought some years ago for flight simulators before realizing there weren’t any flight simulators any more. That’s all right, this will have a place on my shelf beside the other games I’ve bought but never opened.

My beautiful wife bought a couple cookbooks and some cheap music.

Seven books. Wow, that’s almost seven times what I’ve read this week. And it was a slow week for book buying.. Maybe I should step away from this chupaclocka and read.