It’s been a while since I’ve posted one of these, but down here in Southwest Missouri, we only get to four or five book fairs a year, which is a good thing, as my bookshelves are collapsing under the weight of the books I own and will never actually read. 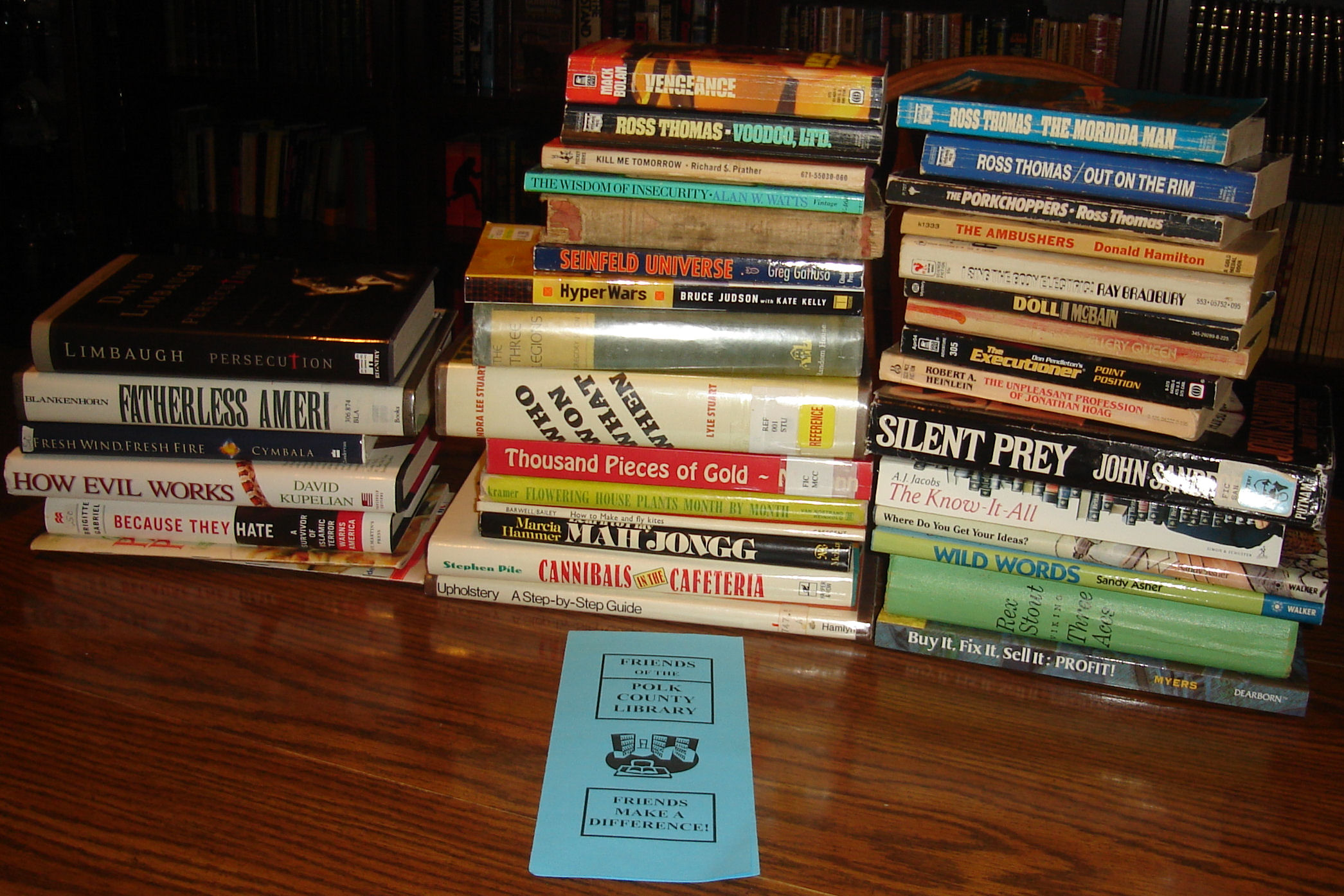 That’s 30 books for me, a couple cookbooks and religious themed books for my beautiful wife (one of which is a duplicate, but I did not mention this because her books are her books and my books are mine), and a couple of books for the children. I gave the Friends of the Polk County Library a double sawbuck to help them out, overpaying according to their pricing guides, but I could help out some, so I did.

Additionally, I have an application to join, so I’ll send some money along with that to add to my collection of Friends of the Library memberships.

I look forward, sort of, to the Christian County and Springfield-Greene County book fairs in the next couple of weeks, but I am really running out of space for books, again. I need to cut this out.

Hey, wait a minute, I still own that house up in Old Trees, Missouri, that has a lot of rooms for bookshelves….