Here at the old Nogglestead, we have two children that we’d like to educate so that they grow up to be good conservatives like us. Ha! some would say, but probably not those who read this blog, You mean you want to teach them all sorts of unscientific things so that they cannot see the logical, reasonable, scientific Progress of Man and his evolution into the highest form of life, the faceless vassal of the all-powerful State!

Well, part of the charge is true. Here at Nogglestead, we use texts that teach scientific untruths to our children. 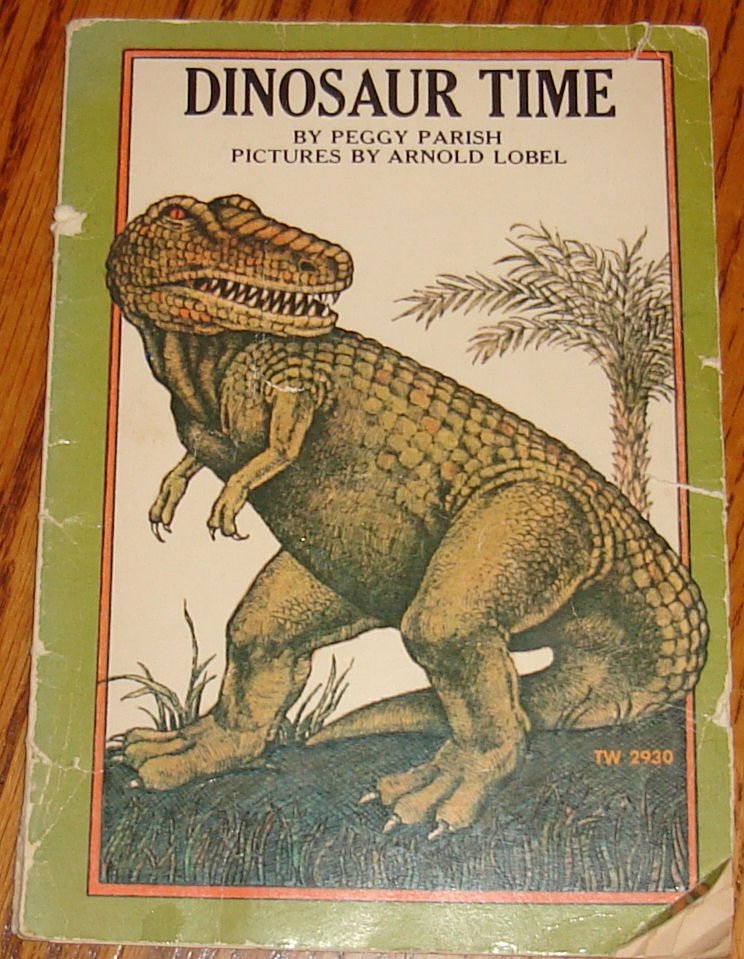 Dinosaur Time, written by the author of pseudo-rational Clues in the Woods and related series Peggy Parrish and illustrated by the author of the rational-for-having-an- anthropomorphic-mouse-antagonist Mouse Soup Arnold Lobel.

As a side note, this book is the source of one of my first remembered nightmares when I was in elementary school. True story: I dreamed that I and Chris something, who lived on the corner of 39th and Florist in an actual house and not a housing project apartment, were on some sort of raised dais with Greek columns all around and an altar or lectern or table. On it rested this book. Chris goes up the steps to it and looks at it and expresses impressedness and asks if I want to look at it, too. I lie on the ground with my hands behind my head and decline. At this point, a Tyrannosaurus head appears in the clouds above and says, “Don’t you want to learn about us?” and I scream and awaken. 30+ years later, I remember it vividly.

But look at the backward notions this book teaches: 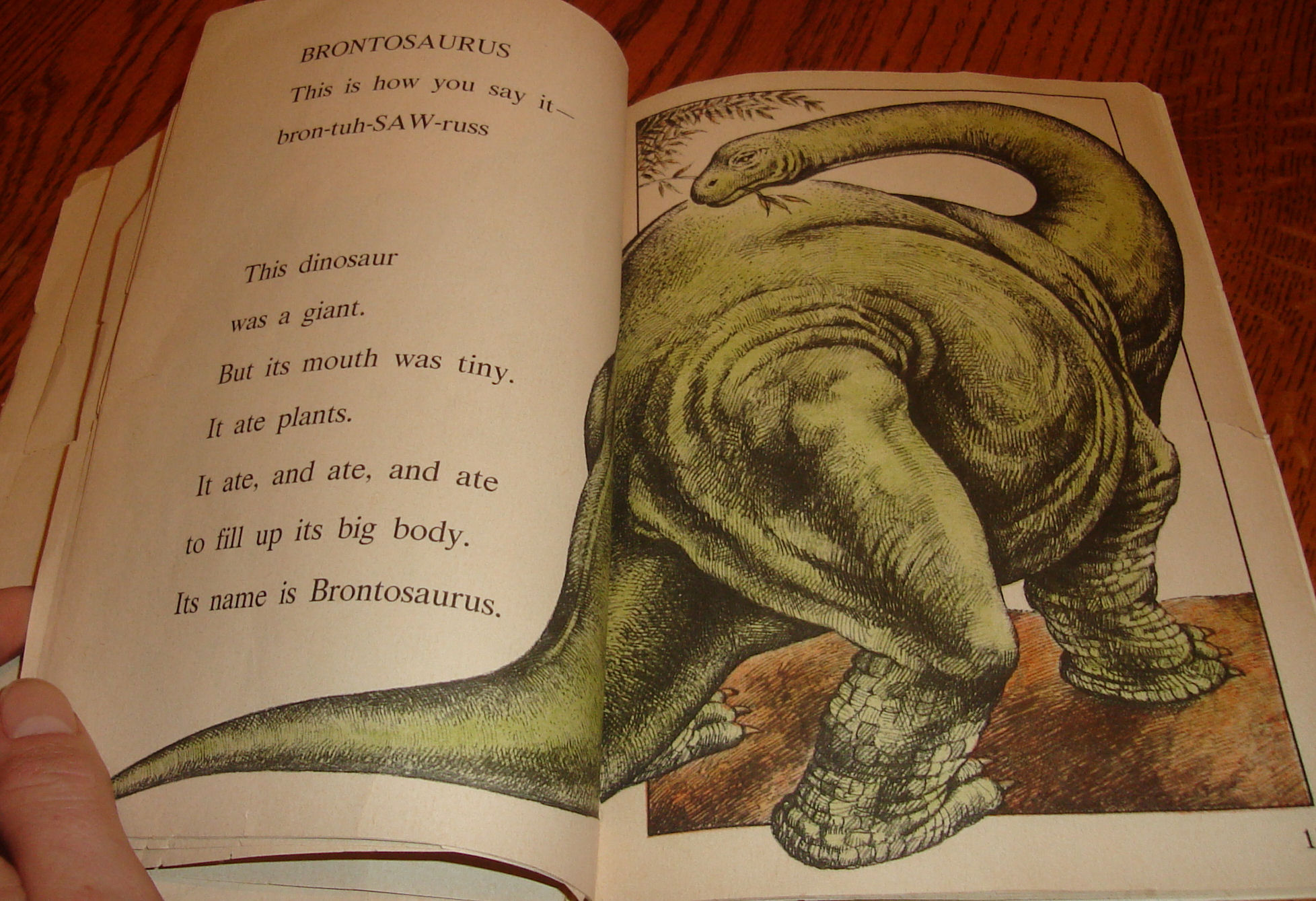 Behold the backward thinking. As anyone who is up on paleontology discovered since Generation X came up through the minor leagues knows, the Brontosaurus does not exist. It is the Apatosaurus now. 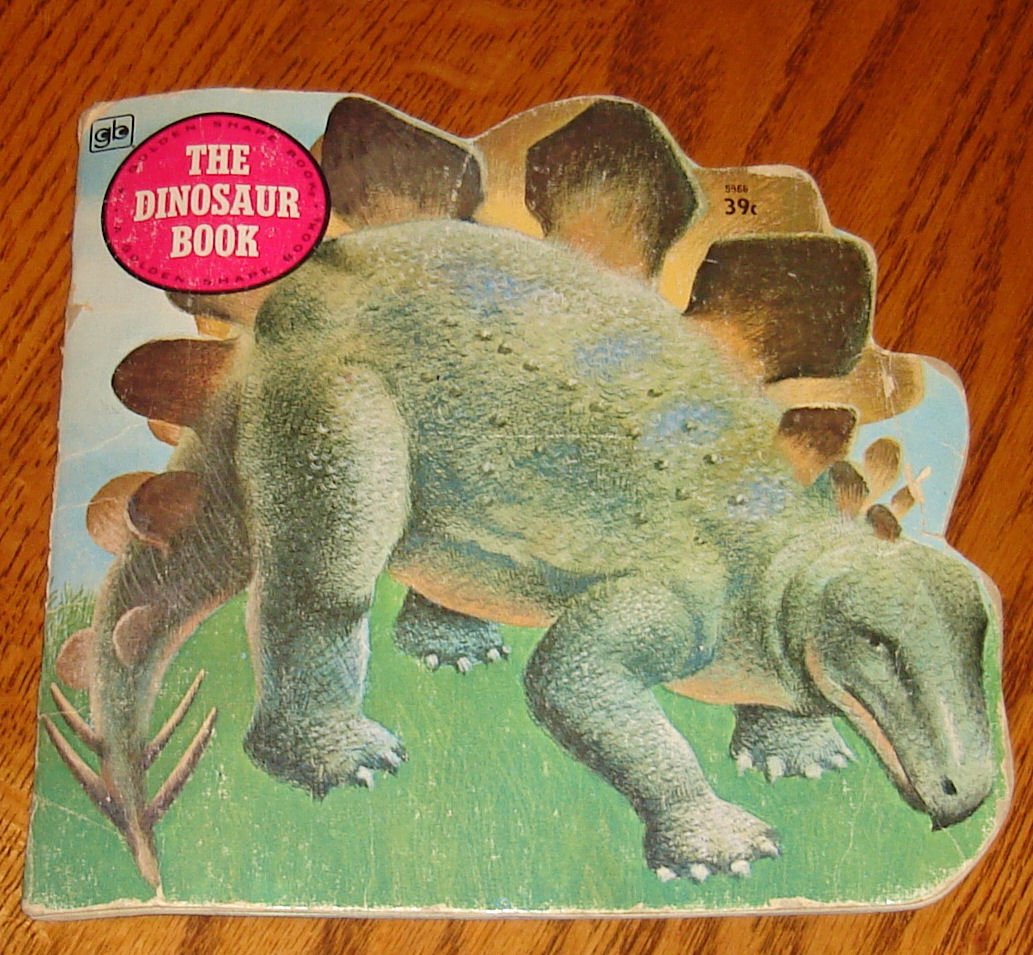 The Dinosaur Book. A Golden Shape book, this verily is also a backward text even if I don’t have any particular nightmares to report about it.

This book falsely educates us that: 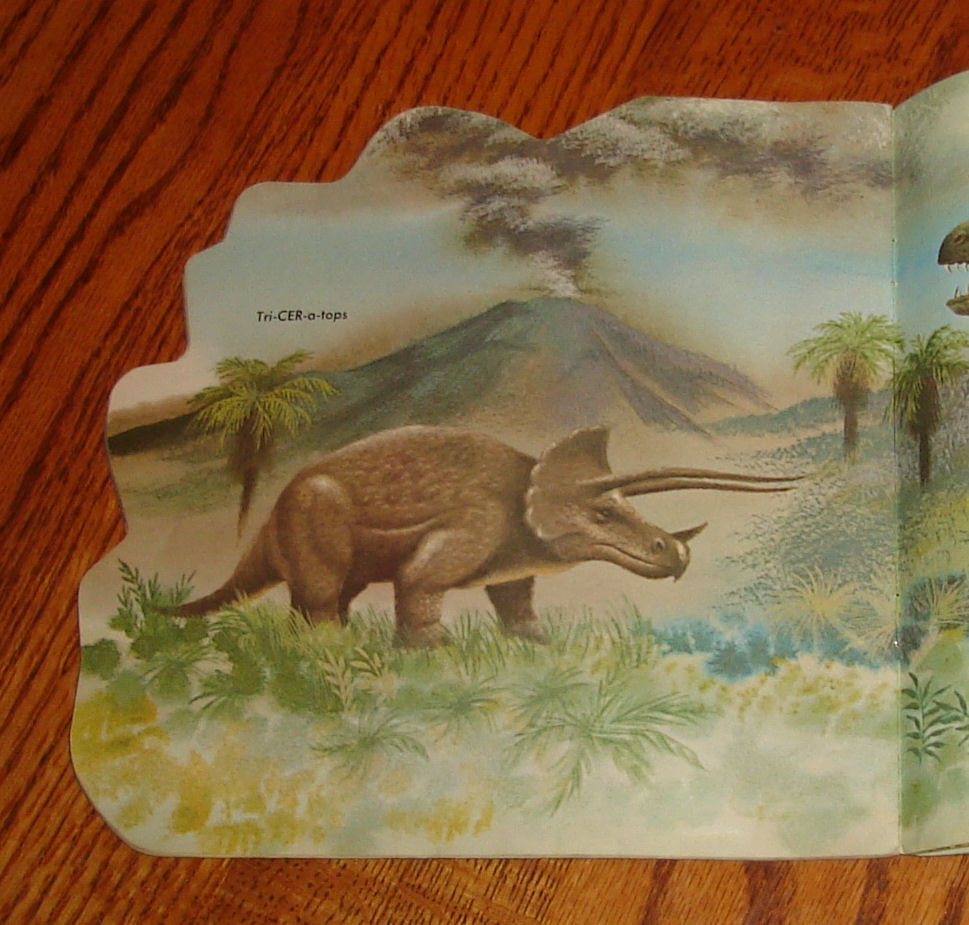 This book depicts a triceratops as though the three-horned lizard existed as its own independent kind of dinosaur.

Not so fast. Recently, paleontologists have determined that the triceratops is just a juvenile torosaurus. That is, it is not a separate species, and scientists will henceforth stop talking about the triceratops, and those of us who did not read Journal of Vertebrate Paleontology are just troglodytes who oppose the government meting out of radiology. 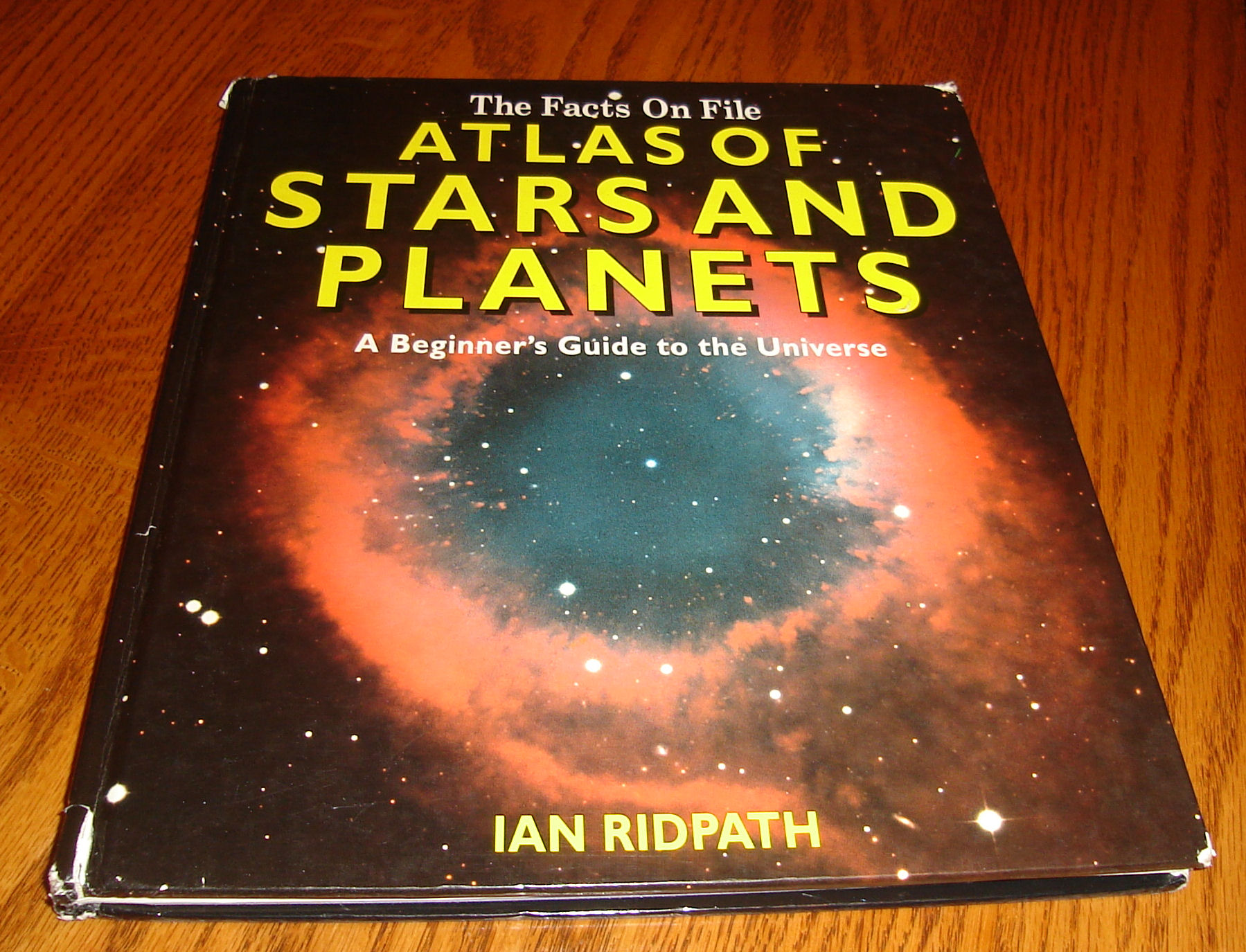 Facts on File Atlas of Stars and Planets by Ian Ridpath. You would think that the Noggles would teach modern truths about the cosmos, such as the Earth revolves around the sun.

After all, Noggle himself reads science fiction. Surely he would not teach falsity to his children here.

You would be wrong.

As you know, semantically speaking, the astronomers’ consortium determined the definition of planet no longer fits Pluto. So, after a hundred years, it’s off the list. And Mercury is on notice.

The Noggles are therefore anti-science Republicans. Granted, these particulars of science represent a portion of the angels-on-the-head-of-a-pin branches of science and semantics. Pluto is there, the bones were there, but every other part of the controversy and the changes represents a change in an inference or a definition on the part of scientists.

And although they would prefer you simply bow to their new definitions, the scientists really aren’t changing facts at all.

So pardon me if I’m just as skeptical of scientists as I am of everyone else. Reality is as reality is, but reality as revealed by the scientists is still reality filtered through chosen acolytes.