So I’m reading this history of the Battle of Wilson’s Creek since that Civil War battle took place just a mile down the road from here (and participants probably marched on my property), and I’m struck by one thing about the campaigning:

They wore out their shoes a lot.

The book is filled with accounts of the men marching from Boonville or from Rolla to Springfield and wearing out their shoes so that many of the men were marching around barefoot.

By way of comparison, these are my shoes: 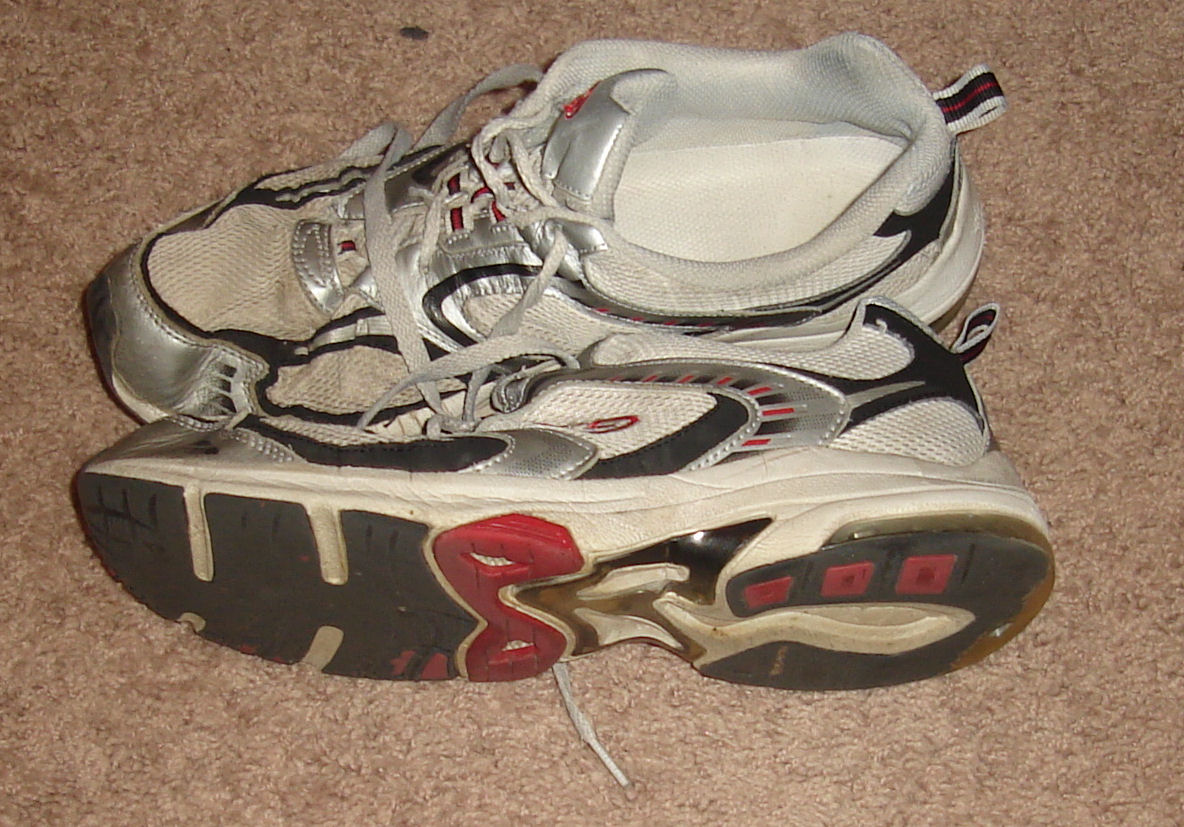 I bought those shoes three years or so ago at Sam’s Club for $20. Before I moved from Old Trees to the country, I used to walk around my municipality a lot. When I was pushing a stroller in the early stroller days, it was not uncommon for me to spend three or four hours (in several trips) walking around the neighborhoods. Suffice to say, I have walked in these shoes as much or more than any Iowan volunteer would have on his way to battle.

And look at them. Sure, some of the tread on the bottom is worn off, but the sole is still solid and there are no holes topside, although I’m sure I’ve had to replace the laces in that time. In three years.

So I got to thinking, what if I could take a small cartload of those shoes, could I have made myself rich supplying them to soldiers in 1861? Apparently, some of them had money with them to buy food and staples along the road, often at inflated prices. Could I have gotten $10 or $20 in 1860s money enough to be one of those walking-stick-and-top-hat guys in New York?

I wouldn’t want to change the balance of the war or anything. But how much would an army with good 2010 sneakers alter the course of the war? Instead of spending money and effort on acquiring shoes, the soldiers might have eaten better. Their marches would have been easier, allowing for more rested troops over the course of a campaign. Just by shoeing General Lyon’s troops, I might have overcome his dithering last days and shortened the Civil War considerably.

Well, it was a good get-rich-quick scheme while it lasted.