So I received a free gift print from Ducks Unlimited to induce me to renew or as a reward for renewing. I don’t know which, or maybe it’s both, since I received another one in the mail a week later.

This time, though, I took the reward and framed it for my children’s rooms, since their larger rooms have blank wall space these days: 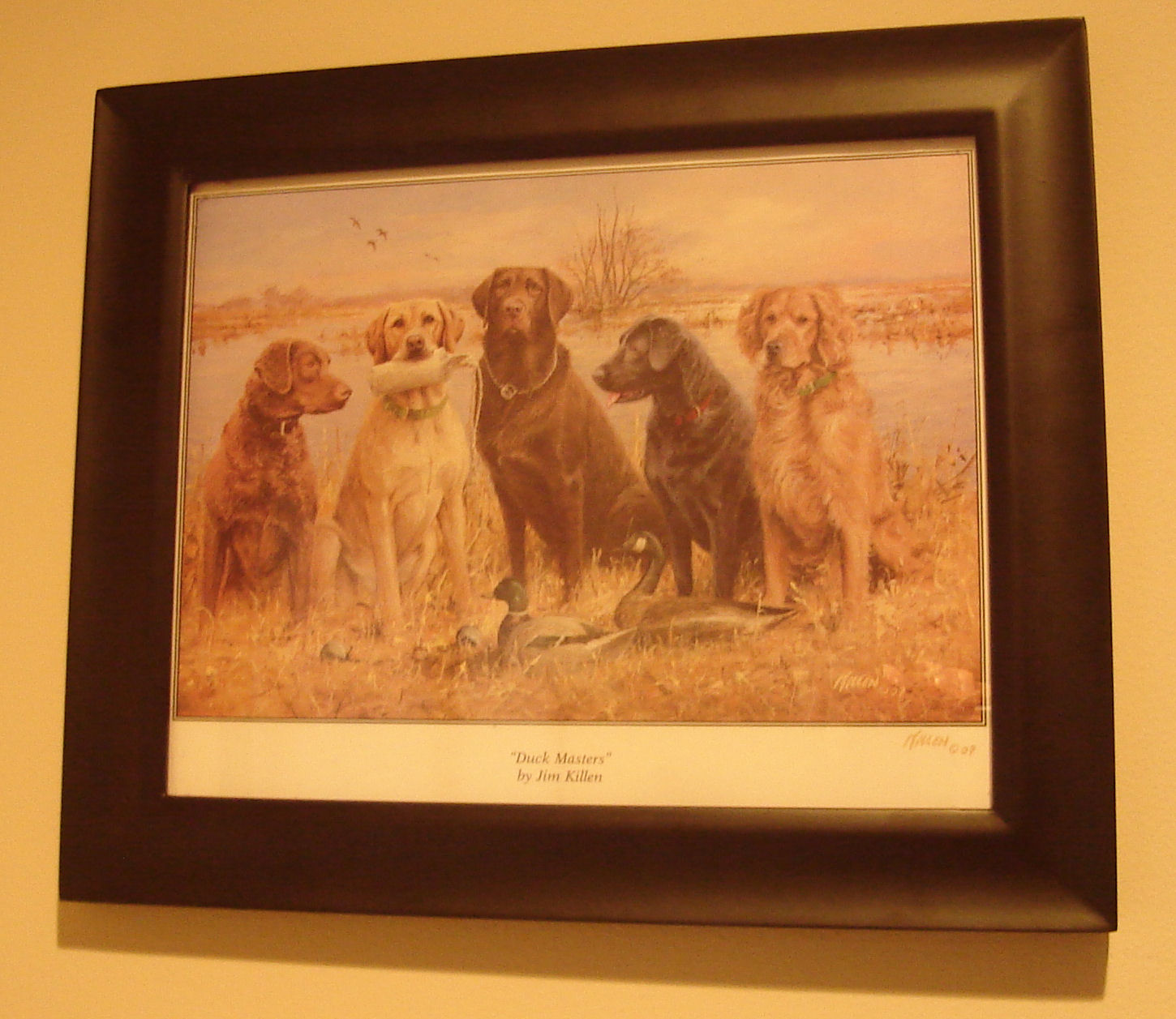 Those pictures will hang on the boys’ bedroom walls until they’re old enough to replace them with something more to their tastes. Some days, in the far future, they might come across one of them in a box and recollect it fondly, wondering why they had duck hunting pictures in their rooms when their father wasn’t a duck hunter (assuming, probably safely, that I don’t become one between now and then).

Maybe they’ll know that I joined Ducks Unlimited after my father passed away to keep his contributions alive and so I could order the camouflaged hats that I leave on my father’s grave in lieu of flowers. Maybe I won’t get the chance to tell them that. Maybe they’ll only have the mystery.