Saturday represented our third year in a row at the St. Charles Book Fair and our first attempt at a book fair with two strollers of children. This particular trip was disappointing because the combination of the crowd and keeping a grabby nigh-two-year-old from the books left me unable to effectively browse. Unless I’m in the right mood, I don’t go wild, and the factors didn’t put me in that gluttonous mood. As a result, the book purchases were far lower than I expected: 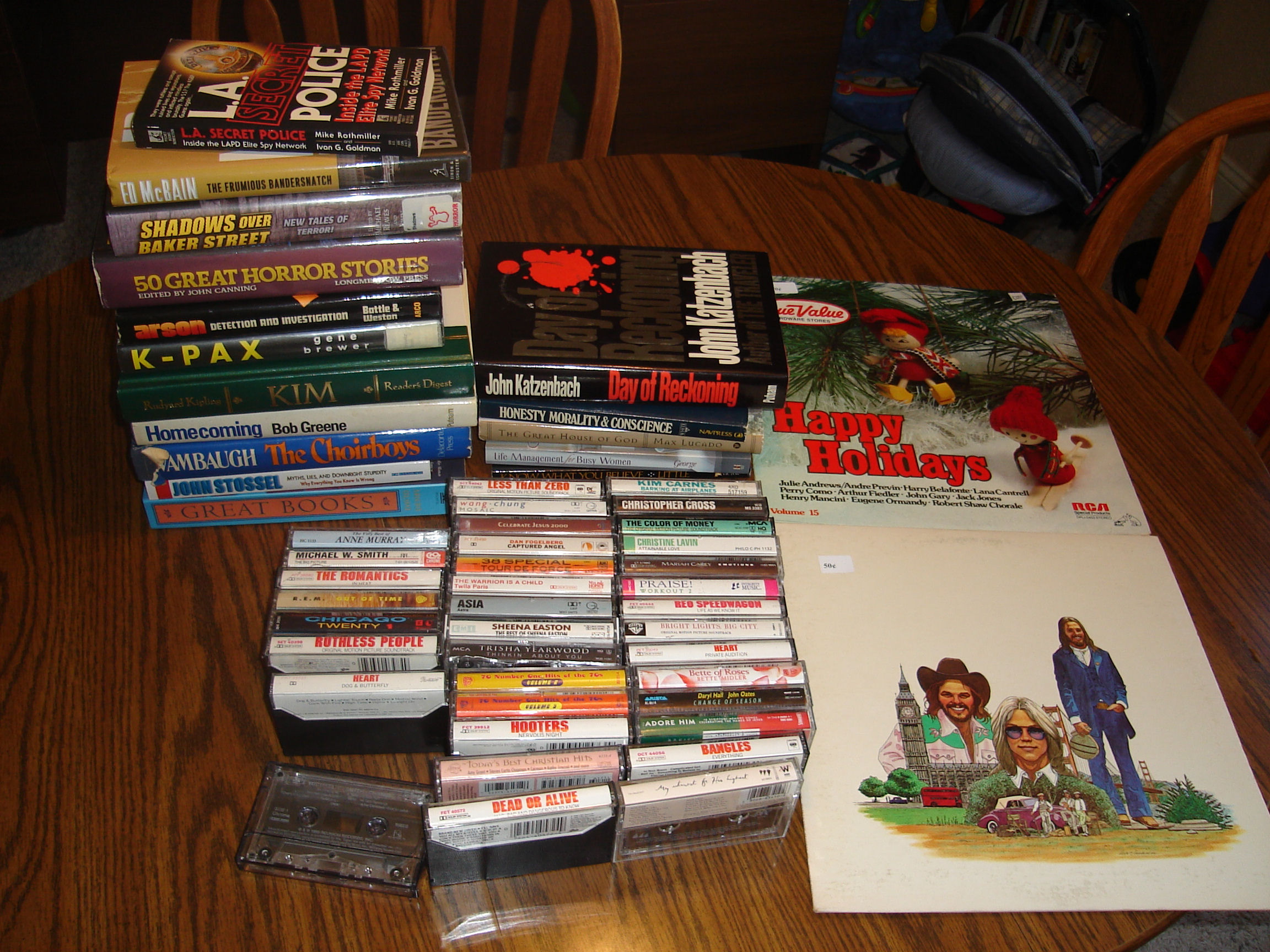 The other stack of books and the crazy number of cassettes (and 2 albums) were Mrs. Noggle’s purchases. Not depicted: the three board books I picked up to distract J while we browsed. One he ripped at the fair and another is one of his favorites today.

Sunday: Antiquarian inheritance from my aunt

On Sunday, I lamented about not buying many books, and my sainted mother took pity on me and gave me a stack of antiquarian books from my aunt, whose inheritance to me includes a number of titles already reviewed upon this blog.

My aunt bought these books, like so many of the others, at garage sales and was going to sell them online. Ergo, she bought them because they were old, not because of their subject matter. 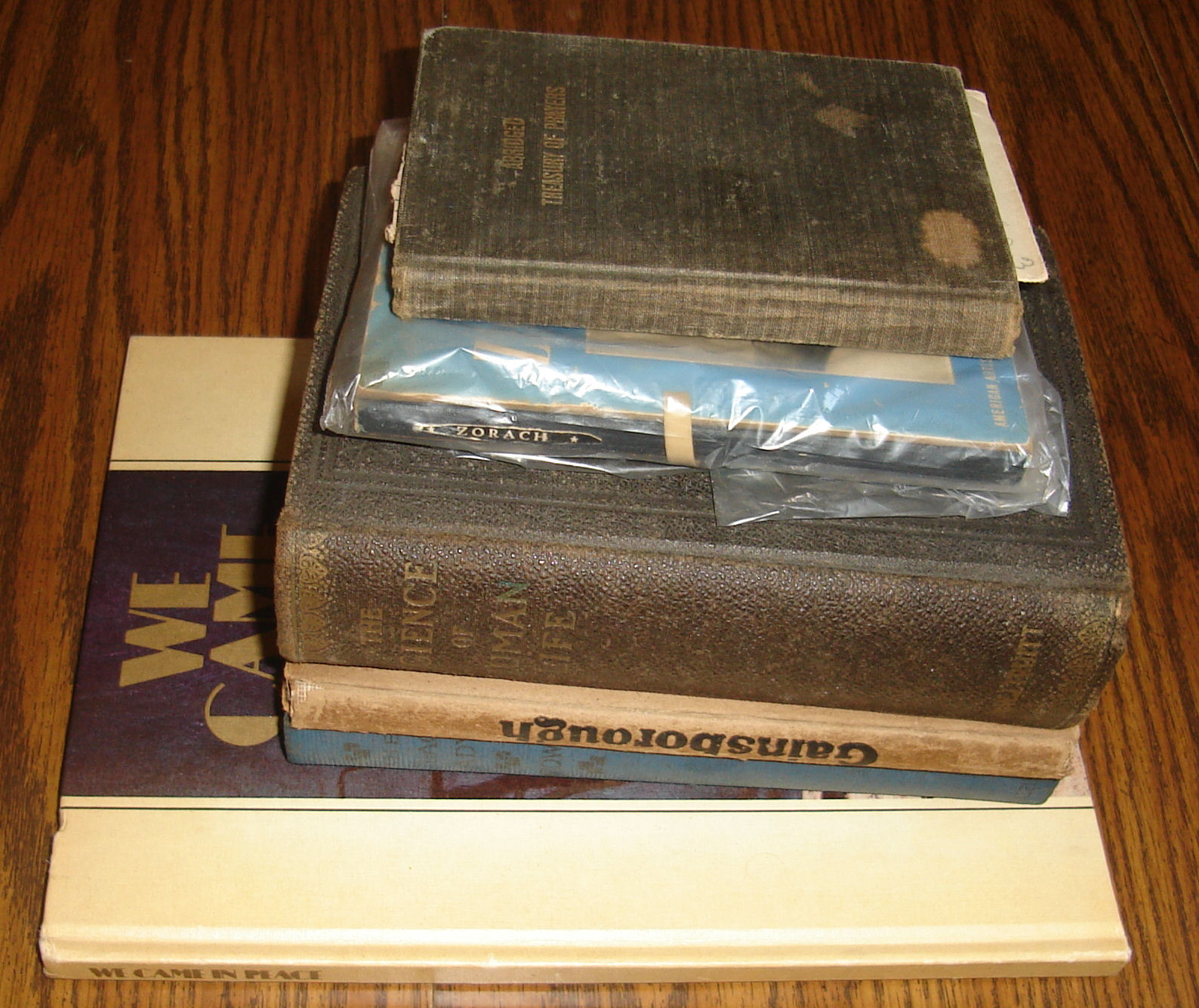 Will I read them? Most of them, probably, maybe. They’re going on the to-read shelves anyway.