This weekend, we hit a couple of garage sales around our municipality, and we had a better result. For starters, it was less annoying; even though our occasional neighbors in Old Trees have signs proclaiming support for drawing and quartering the head of the nation, they’re less frequent than the “we control the horizontal; we control the vertical” nature of the signs in Kirkwood. Also, I found more books, including: 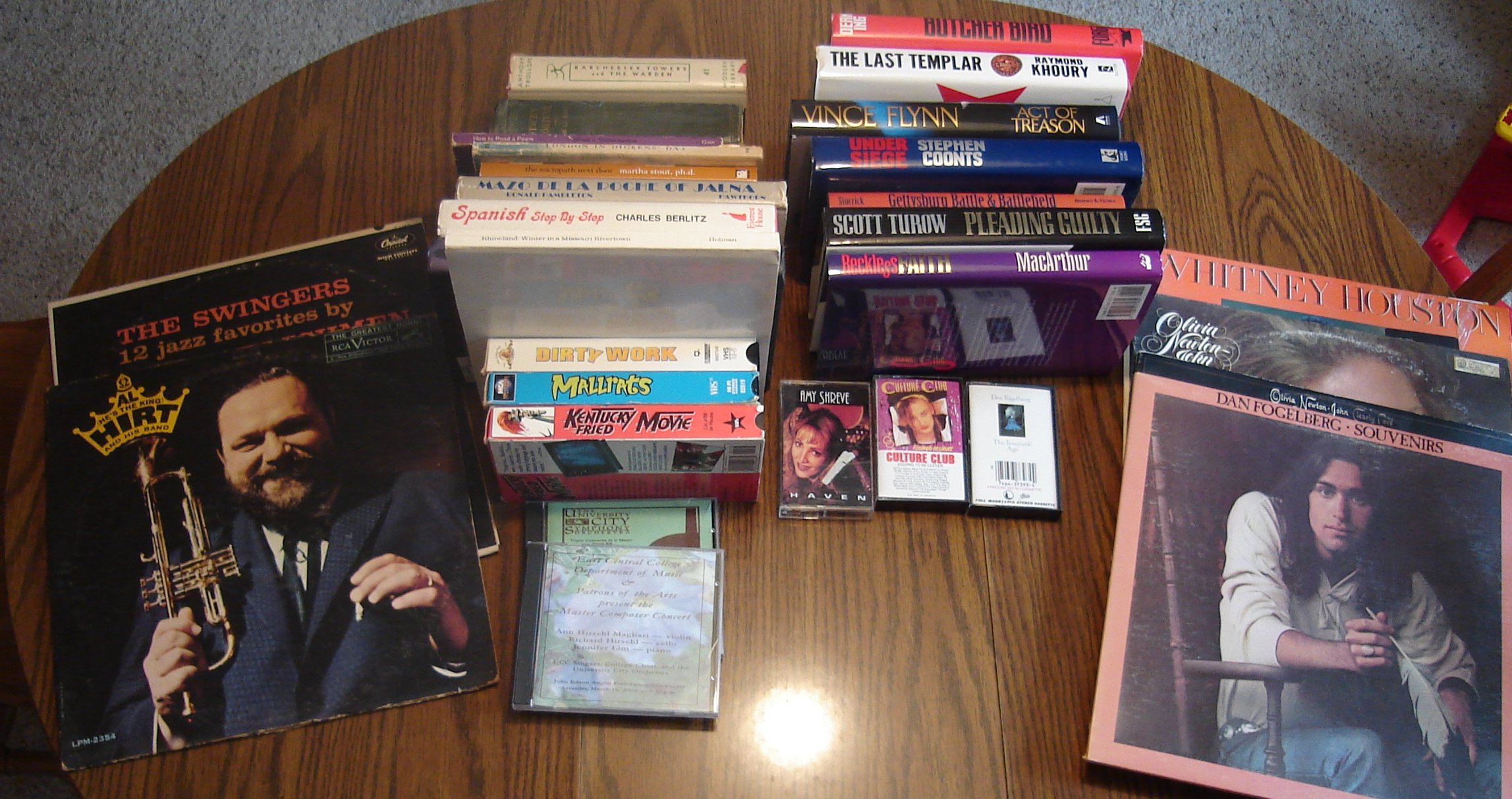 Additionally, I bought three VHS tapes to watch on a tiny 25″ screen where the quality won’t suffer (yeah, verily, I said 25″ was tiny, because in the 21st century friends, it’s iPod screens or what we used to call “Big Screen” televisions). These include:

Also, I got two record albums of jazz and big band sort of music and two CDs of the University City (Missouri) Symphony Orchestra. I didn’t even know U City had a symphony orchestra.

Tomorrow is another Saturday, so no doubt I’ll be trolling for a couple more books.