Ladies and gentlemen, I present the best argument I can think of for term limits: 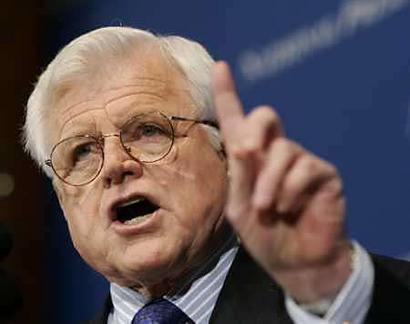 The American military’s continued presence in Iraq is fanning the flames of conflict, and signals the need for a new detailed timeline to bring the troops home, Sen. Edward M. Kennedy said Thursday.

Just three days before the Iraqi people go to the polls to elect a new government, the Massachusetts Democrat said America must give Iraq back to its people rather than continue an occupation that parallels the failed politics of the Vietnam war.

If we limited our senators to two terms, like we do our presidents, they would only have 12 years to turn into bloviating goofballs, would only have one re-election for which they needed to raise funds, and would not accrue valuable soft power that leads them right into lobbying.

Also, Teddy Kennedy would have just been another quiet lush in an expansive family compound after losing a presidential election in 1976.