I mentioned in September that I’d picked up a couple of inexpensive videocassettes with episodes of Route 66, the old black and white television program from the early 1960s. I finally made it through the last of the episodes–my television and movie watching in the autumn has been reduced to football, mostly–so allow me to sum up the episodes and what I thought of them.

In “One Tiger To A Hill”, Buz and Tod catch on as fishermen in Oregon, where they are hired by a widow with a beautiful daughter–and with whom they room. They encounter, and fight, another fisherman, a veteran who was broken by the war and perhaps his relationship with the daughter.

In “Welcome to the Wedding”, Buz and Tod are sent to the airport to pick up the maid of honor for a wedding they’re attending. She’s running late, so Tod goes to see if he can have them postpone the ceremony. Meanwhile, a psychopath convict in transit appeals to Buz to reach out and bring back his brother so that the convict can see him one last time. When Buz reluctantly helps out against his natural instincts, the “brother” is shot helping the convict escape, and he takes Buz hostage to help him go back to his old house to retrieve his stolen loot. A young Ed Asner plays the marshal in charge of transporting the prisoner.

In “How Much A Pound Is An Albatross”, a blonde Julie Newmar plays a Vicki, free spirited heiress riding across the country on a motorcycle “to live.” She draws Buz and Tod’s attention–they actually crash the Corvette into a store window as she roars past–and they bail her out, which gives Buz a chance to get to know her better and to let her expound on her Beatnik philosophy of living–which she is doing to hide the pain of losing her whole family in an accident. She takes Buz out into the desert and perhaps on purpose runs out of gas, making it so she misses her court date, but all’s well and she goes free.

In “Give the Old Cat a Tender Mouse”, Julie Newmar returns as Vicki, this time coming to Memphis to meet a man her banker thinks would be a good match for her as he is also young, rich, and reckless. She catches Buz’s attention–but he does not crash the car again–and ultimately, after spouting more Beatnik and Existentialite philosophy, decides not to marry and rides off on her motorcycle. This episode aired ten months after the previous one with Julie Newmar in it, presumably the next season.

So, these are the six episodes (including the ones I watched earlier) I will see of this program in my lifetime, likely. I am no television scholar (even if I read Marxist/Feminist inquiries into the impact of television on life of the bourgeois in the ten years after World War II and other scholarly works for sadism sometimes, but I can see a little how the show takes in, in bite-sized chunks (the episode being the meme of the day) the concerns of the day, including the meaning of life, vets with PTSD before the abbreviation became popular, and the psychology of psychopaths. The programs are not as dated as one might expect, although they lack computers and cell phones–being as I am of a certain age, probably that world is not as alien to me as it would be to one of those damn kids.

I must mention if you click this link and buy, I get a few grubzits:

Did someone say blonde Julie Newmar? 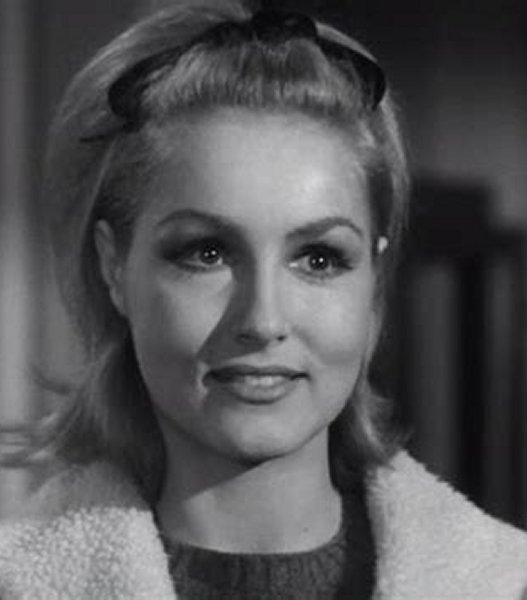 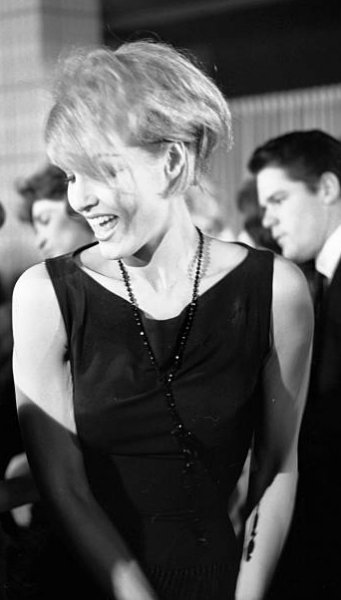 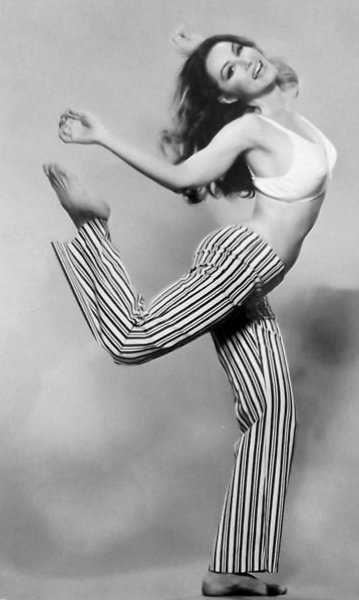 Okay, she is not blonde in the last, but it illustrates her prowess as a dancer. She made a lot of guest appearances in television programs, but she’s just Catwoman to most people. But a pleasant surprise to find her in other things. Although, to be honest, as a shallow regurgitator of pop philopsychology in these episodes, the character is beneath her.

1 thought on “Catching Up With Route 66”