So I was streaming my gym playlist from my phone to the upgraded stereo system in our older conveyance on the way to martial arts class, and Amaranthe’s “82nd All The Way” played.

I really like the song, which is the best Swedish band covering another Swedish band’s song about Alvin York’s experience in so I played it a second time. As I said, the song prompted me to watch the Gary Cooper film Sergeant York.

And the next time I got onto Facebook, which I visit once or twice a day to see if I can recycle any quips I’ve made in the past as blog posts and maybe see if I can find an advertisement to make mock of since my Facebook feed these days is a woman I worked with for a year about fifteen years ago, two or three bloggers, and a slew of advertisements and recommended for you posts dealing with old music or old movie stars–along with the occasional post from someone else on my friends list when they have a Very Important Political Message that Facebook thinks I should see.

So I played this song twice on my phone, and I see: 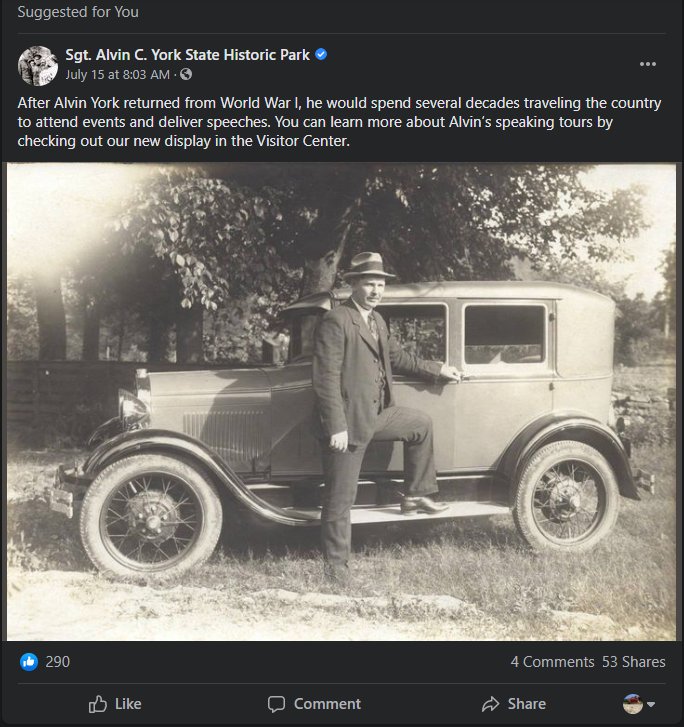 I don’t have any Facebook app on my phone, gentle reader.

So are the two events actually connected, or am I seeing a pattern that only exists in my mind?

Welcome to the 21st century, where the Occam’s Razor now says Go with the crazy.