I got this book at ABC Books. 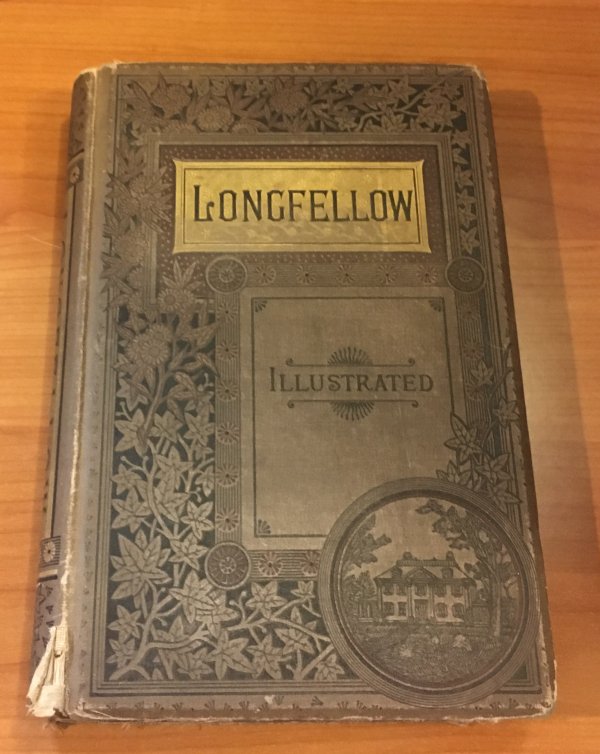 When I got it home, I did put it directly on the read shelves in the poetry corner, where I discovered that although I do indeed have a volume with Tennyson Illustrated on the cover, they are not, in fact, in the same set nor are they by the same publisher. I guess everyone at the end of the 19th century was doing lush editions of current (!) poets.

I did put it immediately on the read shelf next to the Tennyson and the other collections of poetry from the 1800s that I own (except for the one that I am currently reading, sort of). I mean, I did buy some slightly younger (early 20th century) reading copies of Longfellow’s work last spring from ABC Books when I was placing orders. So I have those to read and later put on the shelf beside this book. 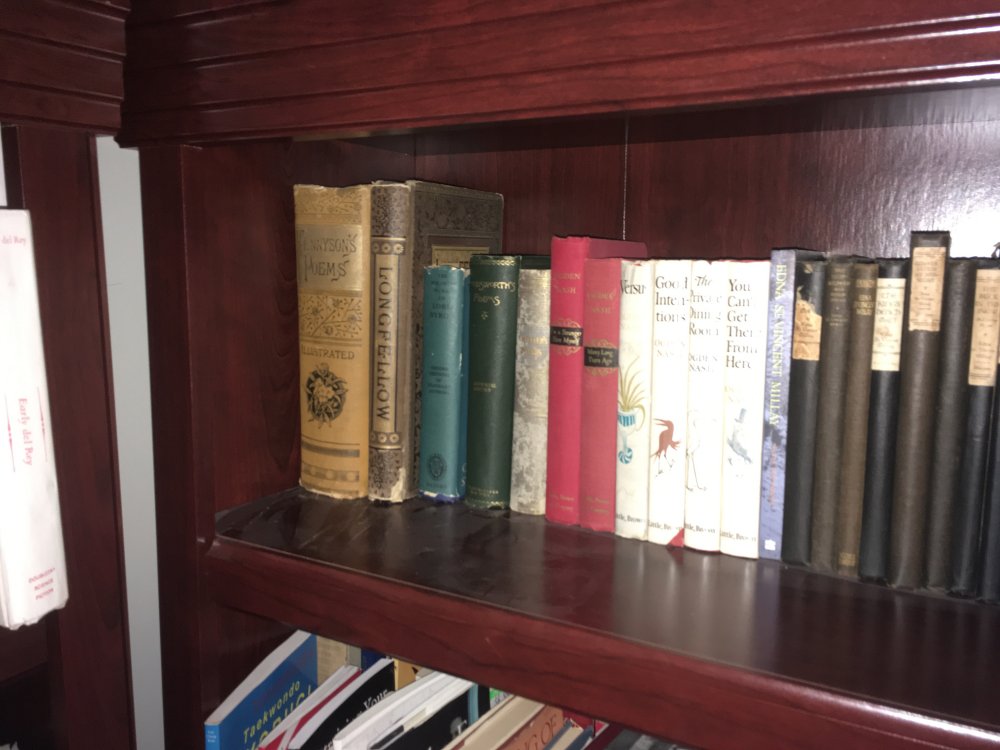 The nice display shelf has the old Tennyson, the new old Longfellow, the Ogden Nash I have read over the years, the Wordsworth and Millay my sainted mother bought me for Christmas thirty (!) years ago, and some Riley and Whittier. I’ve had to start double-stacking books even here (which is why Jane Eyre is on a poetry shelf), so I have hidden an embarrassingly large selection of Rod McKuen.

So, gentle reader, does this move me into the category of blue-blood book collector, or am I still in my more comfortable blue collar mere book accumulator?

I suppose I will turn a corner if I have an insurance agent give me a rider on my homeowner insurance for the books. I’m just afraid to have them appraised and found wanting.

1 thought on “As The Prophets Foretold”