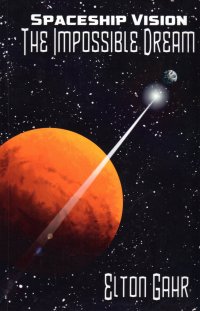 I read Gahr’s short story collections Random Realities and Random Fantasies within the last year and a couple weeks after buying a bunch of his books at LibraryCon 2019 in the Before Time that none but us old timers will remember.

I said about those that Gahr has a good imagination, interesting stories, but could really use an editor. The same holds true for his novel-length work here: A number of missing words or wrong words, some little things (referring to a character by name before introducing her name), and some improper capitalization. He’s run it through a spell-checker, though, and maybe an automated grammar reviewer, but the works could use an actual editor reading them first. But maybe that would just slow the young man down (actually, I don’t know how old he is, but I am at an age where I can splash young man and young lady around pretty liberally and be correct in relationship to my age more often than I would like). Perhaps I should offer to edit the books by going through them once with a red pen for a case of beer. I was just talking with one of my boys how professional editing for new authors can be prohibitively expensive–I was approached by an acquaintance for a quote on editing her daughter’s novel, and even at the low end of the spectrum (a couple hundred bucks), it was too rich for her blood (I still have not sold enough copies of John Donnelly’s Gold to pay the $300 for the professionally designed cover much less the promotional copies I mailed hither and yon, and as for my other books, I’ve not paid out enough for the UPC and the ISBN number, word). But going through Gahr’s Proofreading Copies would be fun. And it would save me the expense of later buying them when I bump into him at a con.

At any rate, this book tells the story of a ship run by the banished? self-exiled? son of a nobleman. Set in the future, when the solar system and part of the Oort Cloud have been colonized, nobles control their colonies and sets of stations and rule their fiefdoms with the threat of cutting off the air to their serfs. As a matter of fact, the captain of the ship left his father’s station after his ruthless parent vented a section of the space station on the son’s behalf. He has gathered a couple of crewmates, including: a woman who was a trainee in a secret, hidden group of humanity protectors who had been captured and held prisoner by pirates for several years; a reverend of the powerful church; a genetically enhanced warrior who might have some deep mental programming counter to the best interests of the crew; and a recycling technician sent away from her dark asteroid colony because her parents couldn’t feed her. They’re scraping by, mostly, when the go to Mars for repairs and discover a pair of twins who have created what they claim is a Faster than Light engine–which it is. They try to use this discovery to help liberate the serfs–first by seeking a colony that set off for interstellar space hundreds of years ago to hide in, only to find that the colonists want the FTL drive to return to conquer the solar system and then, after helping defeat the interstellar colonists, by fomenting rebellion on their own.

So it definitely has a Firefly vibe to it including its selection of characters, but it’s not just fanfic retread as something else (personally, I enjoy the scrappy interstellar trader genre; remember Desperate Measures?). It does a bit of world system building that makes sense. The incidents are a bit episodic but do kind of lead to the next, and the backstories of some of the characters are woven in as flashbacks that are effective for the most part, although sometimes the episodic and jumping nature jarred me when I picked up the book the next day, and the next chapter seemed out of nowhere (they’re on Earth? Was that mentioned in the past chapter where I finished last night? No.). The book is light on description–not a lot of physical details and colors of the ship. Maybe just enough. The storytelling, though, is very fluid, and I enjoyed the book.

I picked this book up because I get Gahr’s newsletters (and read them sometimes). He just released another book in this series (Spaceship Vision: One Tin Soldier. Hopefully, it will have a print version that I can pick up next time I see Gahr at a con somewhere. Until then, I have a full-length fantasy novel by him somewhere around here that I’ll get to. Probably before I actually find Joshua Clark’s series, which one would think I would spot easily since it’s several books grouped together, but no–my inability to find them is becoming a legend here at Nogglestead, at least in my own mind.