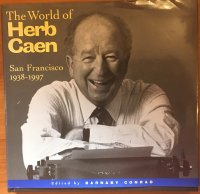 Apparently, I have blown through the monographs, travel books, and chapbooks I have recently acquired, so I had to delve into the back recesses of my to-read shelves to come up with this book which I bought in 2017. Which is “recently,” on one hand, but it seems like a long time ago. Fun fact: It looks like I also bought a copy of Janissaries, which I read earlier this year in the omnibus Lord of Janissaries, so if I find that slightly mutilated copy in my stacks, I’ll have to think of someone to give it to (since I have bought copies of Lord of Janissaries as Christmas gifts for the people to whom I normally give science fiction duplicates). I also found a Reader’s Digest classice scopy of Around the World in 80 Days, which I “recently” (2017) read as part of the omnibus The Best of Jules Verne. So I’ll put that on my read shelf along with my other Reader’s Digest Classics. Unless I already have a copy, in which case I will have to deal with the duplicate.

But that’s neither here nor there; we have come to praise The World of Herb Caen.

The book reminds me of The World of Mike Royko. They’re the same thing, basically; A coffee table book of quotes from the recently deceased columnist, photographs of the city they covered, and occasionally a longer excerpt or maybe a complete column. Barnaby Conrad, a long-time acquaintance of the columnist, gives us a nice introduction detailing Caen’s career, which is very helpful to those of us not from San Francisco. He started in the San Francisco papers in 1938 and wrote until almost the end of his life in 1997. So he, like Royko, was active in the golden age of newspaper columnists and really became the voice of the city where he lived and wrote. They really don’t make columnists like that any more; perhaps John Kass would be the closest we have to that in the 21st century. Newspapers probably cannot afford the luxury of a highly visible metro columnist any more.

At any rate, the book is not a complete respite from contemporary issues as it features a number of photos and Caen’s endorsement of Willie Brown for San Francisco mayor. Kamala Harris, though, does not make an appearance in the book. If only they had known.

I probably can have a bit more affection for the Golden Age columnists who passed away before the turn of the century because their columns and styles did not have the opportunity to shift and become demeaning to their political opponents as so many of their later counterparts did (although I read most of the Chicago Tribune columnists in 1997 and the early part of this century, I don’t read Steve Chapman, Mary Schmich, or Eric Zorn any more, and I don’t read the Chicago Sun-Times columnists Richard Roeper or Neil Steinberg even though I even corresponded with them around the turn of the century in the early days of this blog). Royko, too, would probably have taken a harder left turn within the decades of their deaths. Although, to be honest, I have only read this book on Caen with a single column and some excerpts, so I am speculating a bit that he was not that way. I think I have one or two of his collections, so I will have to check them out to see if my retro predictions are true. Unlike Royko, I did not read Caen back in the day.

So I liked the book. It’s got wit, interesting tidbits of celebrity encounters (where celebrities include jazz musicians from the height of jazz as well as movie stars throughout the decades), and great vintage photographs of old San Francisco. Not a bad way to spend part of a Sunday afternoon.