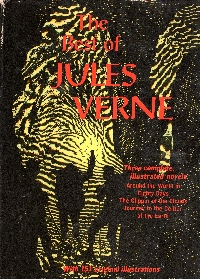 I picked up this book because I know the chicks dig Jules Verne. 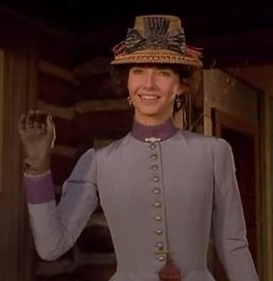 Well, maybe it’s only one, and maybe she is fictional. But still.

I probably picked this up because I’ve been doing the omnibus thing this year. I’ve shortchanged my annual numbers by reading books containing multiple books all year long (Three Novels by Damon Knight; Selected Tales and Poems by Edgar Allan Poe; John Carter of Mars). So why not another three-in-one? Besides, this book is sort of like picking up a split–I have a Reader’s Digest edition of A Journey to the Center of the Earth which I can move over to the read shelves as this volume contains that novel.

At any rate, my dear Clara, this volume contains three of Verne’s works, and we could spend many evenings by candelight discussing whether they are, in fact, the best. Before I did so, I would have to read a bunch more of what he wrote to argue intelligently, as these are the three books I’ve read.

The three books contained with are:

The second and third books in the volume have a whiff of the hard science fiction about them, where the draw is the science and the speculation, but not so much the story. Which is not what I read books for–not fiction, anyway.

So I was not, ultimately, impressed with them. Not for their lack of imagination, but rather by the execution where the speculation drove the books more than the stories based on the speculation.

I’m not sure what Clara would think of that.

The book also contains an interview with Jules Verne from The Strand magazine called “Jules Verne at Home”. This is a very nice bit capturing Verne and his wife at their estate, giving some insight into the popular author at the tail end of his career.