I am not saying I am that guy or we’re that family; generally, we decorate for Christmas around Thanksgiving here at Nogglestead. But this year might be different.

I played the first Christmas carols of the year last Friday because I got a disappointing email and because, well, 2020, man, although I am hopeful the worst of 2020 is over by Thanksgiving, although I am afraid it will not. Can one be hopeful and frightened at the same time? If one has a reason-based or perhaps will-based hope but an emotional fear, I reckon. I played Herb Alpert and the Tijuana Brass’s Christmas Album and Jessy J’s California Christmas downstairs, and I’ve recently played the Reader’s Digest Christmas set I got in September as it was on the desk. I don’t tend to put away the records I just got until I listen to them, and besides that, I have nowhere to put the records any more as I have filled the current storage which was going to be enough for some expansion, but that was a couple years back.

This year, recently bought Christmas carol LPs aside, I am eager to get the Christmas season started, albeit with a whiff of desperation mania. 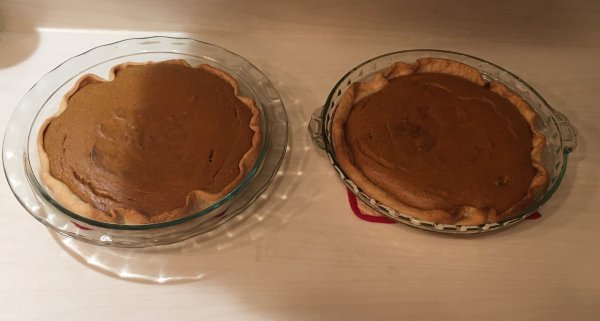 To be entirely honest, we were supposed to Christmas a little early this year at the church trunk or treat. I mean, we theme up our trunk pretty good every year. In 2018, it was a metal concert (as I mentioned previously). 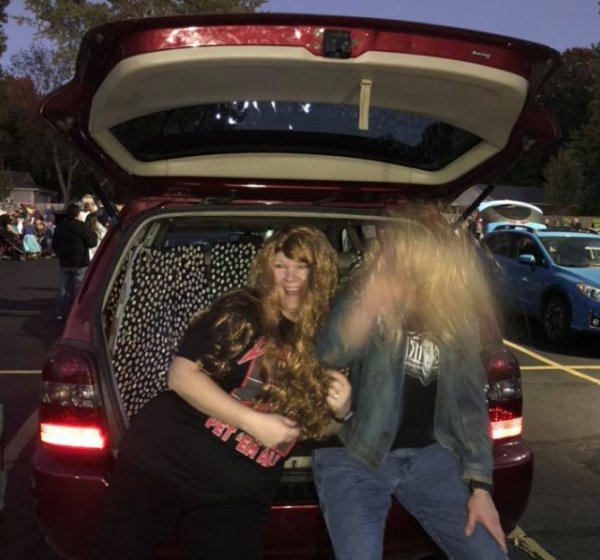 Last year, we went with disco: 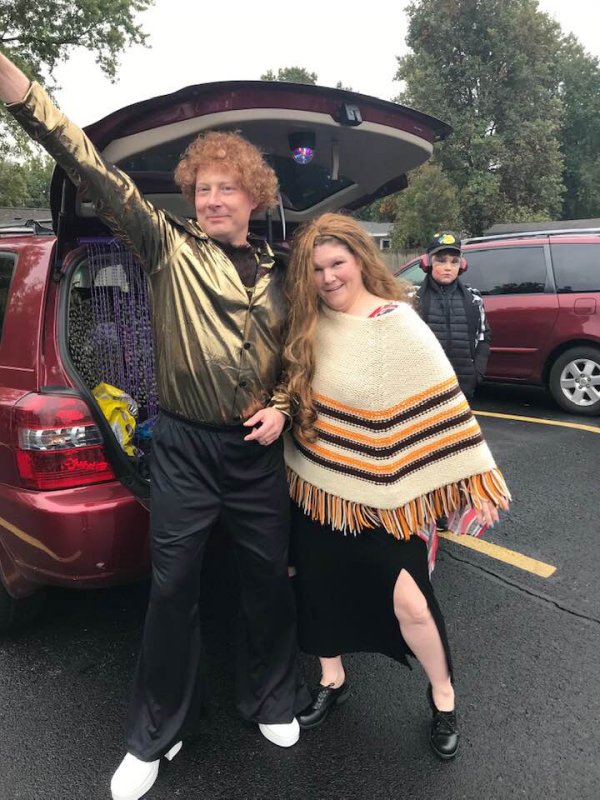 So I immediately felt pressure to come up with some theme for this year’s trunk that would not be completely derivative; I mean, fifties? Sixties? Nah, I decided to go Christmas, and I decided early, so I picked up a small Christmas tree, bundles of battery-powered lights, and thousands of miniature candy canes to get out. The whole family got marked-down-for-quick-sale Christmas sweaters–well, except for my beautiful wife, who got a fetching knit Christmas mini dress. But trunk or treat, like everything else, was cancelled.

So I might, in fact, start decorating for Christmas in October this year. My wife and oldest son were out of town for an event last Sunday, and I was very tempted to put up the downstairs Christmas tree while they were gone.

However, my haste to get to Christmas and try to jump-start my warm feelings might backfire. Last year’s holidays, after all, were pretty somber with deaths, injuries, and illnesses. All events, school programs, and church concerts are likely cancelled like Trunk or Treat. We probably won’t spend it with my mother-in-law, who remains secluded in her home. My boys have not seen her in nine months, and I might have mentioned previously that I spend every holiday kind of bummed that our holidays together are likely numbered. So spending one of our very limited number of holidays apart for artificial reasons rankles me, and it might scratch this holiday season as well.

So starting it early might just draw the feeling of impending loss.

I keep moving the Christmas wrapping paper from storage into my office as though I’m going to use it for a lot of Christmas wrapping. I wonder how much more I have left, actually; I have already taken Christmas presents to my relations in the Kansas City area (On my last trip? Will I ever see them again?) I have gotten a couple things for my brother and nephew (as well as my late sister-in-law; I have spoken to my brother, who will accept the gift, but wants it unwrapped, which means this will be the second year in a row where I have to unwrap a gift for someone who passed away). I guess I need to pick up some things for my immediate family–I have some things for them, but not necessarily things that will delight them. I just don’t know what to get this year. But I don’t need the wrapping stuff cluttering the floor of my office for a while yet.

So instead of belaboring the point here, perhaps I should go put those things away. And do something instead of ruminating.