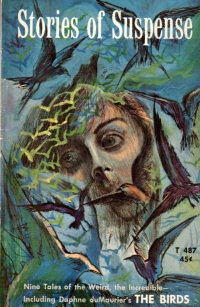 I chose this book because it was on my floor. It’s a Scholastic book from 1963, when my mother would have been starting high school. Not that the books was hers, of course–I picked it up somewhere later. But it’s interesting to think that this book was targeted to kids, well, kids my mother’s age, in the middle 1960s.

Overall, I liked the book. The stories were short and clever and made me want to write short stories like this. Kind of like the inspiration I felt reading The Twilight Zone Encyclopedia.

Unfortunately, it hasn’t yet inspired me yet to finish a short story like this. I am too busy reading these books to actually write anything.