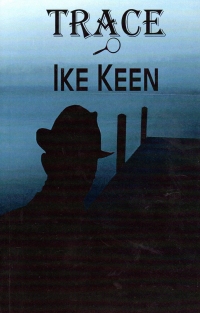 I bought this book by a local author at ABC Books, but not while the author was in evidence. ABC Books has quite a good selection of books by local authors (present company excepted), and, as you know, I try to support both ABC Books and local authors whenever possible. And sometimes I read the books.

Like Stories of Suspense, I picked this book from my to-read floor after the recent bookshelf collapse. I figured the more books I read from the floor, the fewer I would eventually have to pick up.

This book is set in Springfield after World War II. After a woman’s body is found in the river, two men hire Max Black to find their sister, and he suspects it might have been her corpse found murdered. But Black discovers his employers are not the brothers of the woman they’re seeking, and the plot gets very tangled with the New York mob sending hitters to keep their operations in Springfield secret, and the operations include drugs and prostitution. It all becomes very tangled.

The book could have used a copy edit, and some elements of it seem a bit off–I’m not sure Springfield police in the 1940s would have responded to a body in the river since I don’t think a major river ran through Springfield until it later expanded. But perhaps I’m mistaken in it.

The prose is a bit clunky, but it fits in the pulp mold that the author is imitating (he’s a fan of Mickey Spillane and Max Allan Collins). The plot, too, convolutes in a way the old pulp ones did, albeit perhaps a little more than necessary.

But I enjoyed it enough to perhaps pick up something else by the author sometime when I’m up at ABC Books.