Ha! Did I say “ I don’t think we’ll make it to the Friends of the Christian County Library Book Sale which is this weekend, and our weekend is already chocked.“? I meant it only seems chocked because we have not refactored it so that we’ve only got a run and then a trip to a book sale on Saturday.

So we went down to Ozark for the fall sale; apparently, the Friends of the Christian County Library have started holding the spring sales at another branch in Nixa, but we missed it this year. But we know the way to the Ozark branch all right.

I made it through the paperbacks without finding any mens’ adventure series fiction, and I made it through most of the hardbacks ignoring the John Sandford novels and the zombie Parker titles.

But I discovered that the Great Courses lectures were a dollar per library collection binder. Which means: 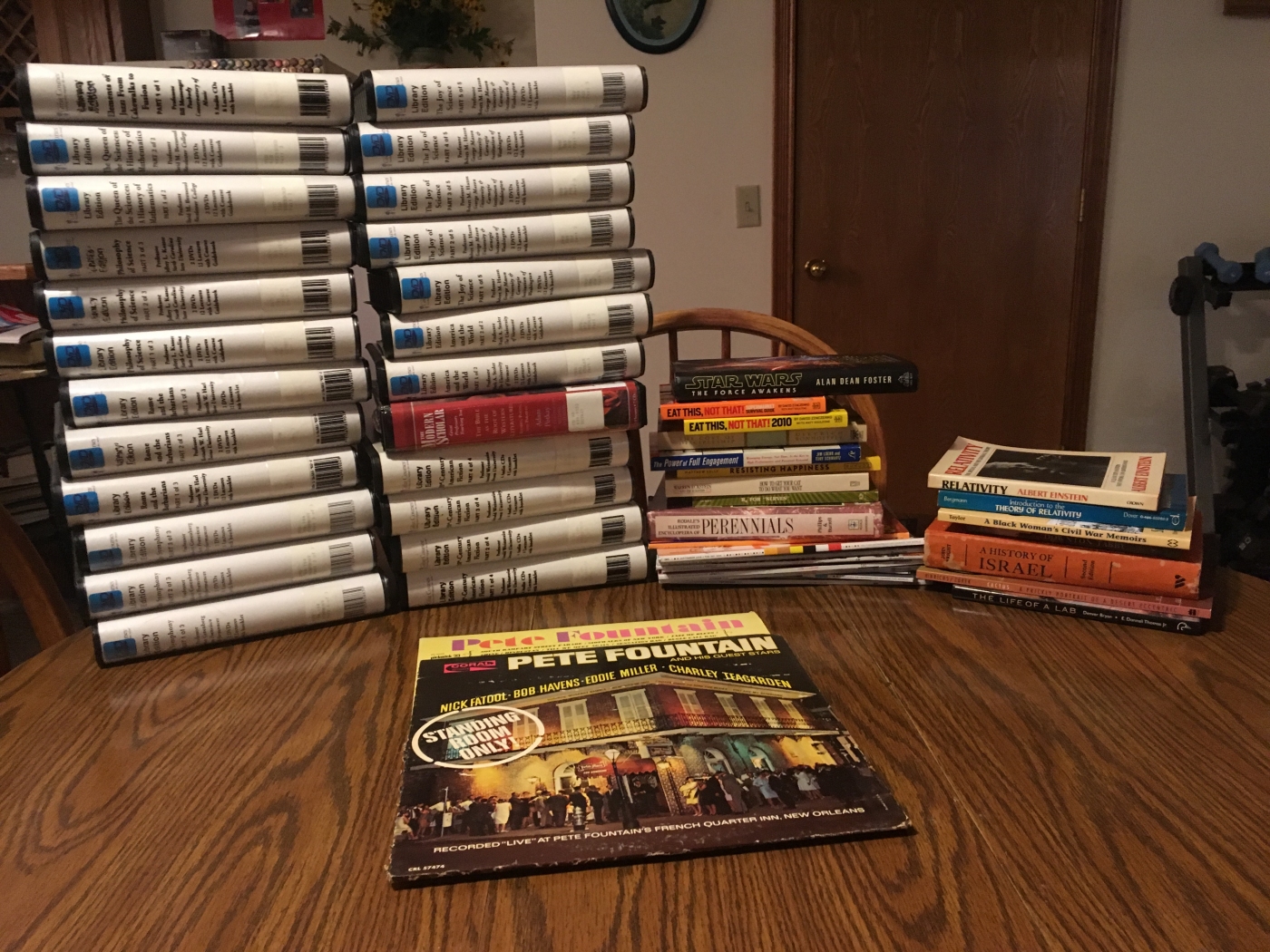 I only picked up a couple of CD sets before my beautiful wife taunted me into leaving behind only two courses, a Modern Scholar lecture series on the history of baseball, a Great Courses but entitled The History of Freedom, and a two-binder set of lectures on global warming.

The ones I did get include:

My beautiful wife got The Symphony and was the one to discover what a steal the courses were. Between $1 and $5 per course. Many are on DVD, which means I won’t be able to listen to them in the car, but still. Worth the trip alone.

I was far more restrained on the books:

My beautiful wife got some books and magazines, and my boys got quite a stack of young adult / children’s books (not depicted). Overall we spent $65 including renewing our membership in the Friends of the Christian County Library.

So that should hold me a week, or less, until the Friends of the Springfield-Greene County Library Book Sale.