Well, I didn’t make a meme. I put text on an image already made into a meme. But that’s what passes for creativity in the 21st century. 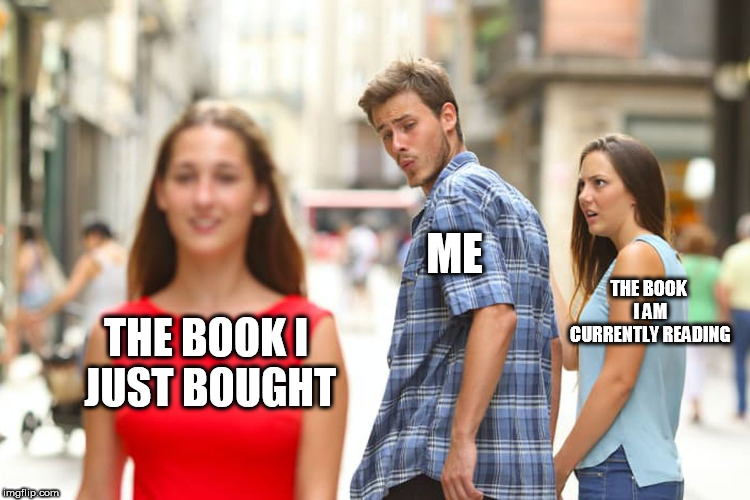 So how did this come about?

Well, I’ve started reading Hagakure: The Book of the Samaurai which I bought at the end of last month, and it mentions The Book of Five Rings in the other books you can buy section at the end. I thought I’d seen that at ABC Books as well, so when I had the opportunity to pick up 5K packets just north of ABC Books, of course I volunteered.

And I didn’t find the original Book of Five Rings; what I had seen is The Martial Artist’s Book of Five Rings by Stephen F. Kaufman. I went to the World Religious section to see if the original might be there, but it was not. Instead, I found The Raven Steals the Light: Native American Tales, a Shambhala book by Bill Reid and Robert Bringhurst.

As I only bought two, I figured that was too few for a picture and a proper Good Book Hunting post, but I was so eager that I started to read The Martial Artist’s Book of Five Rings at stoplights on the way home. I am eager to finish The Book of the Samaurai so I can start on it in earnest.

If you’re jonesing for a Good Book Hunting post, rest assured that the Friends of the Springfield-Greene County Library book sale is next week (contra to what I thought, as I trespassed the Ozark Empire Fairgrounds this week to volunteer setting up the sale because I got my weeks mixed up). I don’t think we’ll make it to the Friends of the Christian County Library Book Sale which is this weekend, and our weekend is already chocked.

But I will admit to you, gentle reader, the actual point of the post. I have an admission to make.

1 thought on “The Truth”