So I had to drive up to Leavenworth on business yesterday (the actual drive time: 8 hours round trip; the actual time spent on the business: 15 minutes). Instead of turning around in the late afternoon and returning home right away, I booked a room for the night.

Which meant I had a little time to kill before hitting the bed. When alone in a strange town, what do you think I do?

This security camera footage captured it: 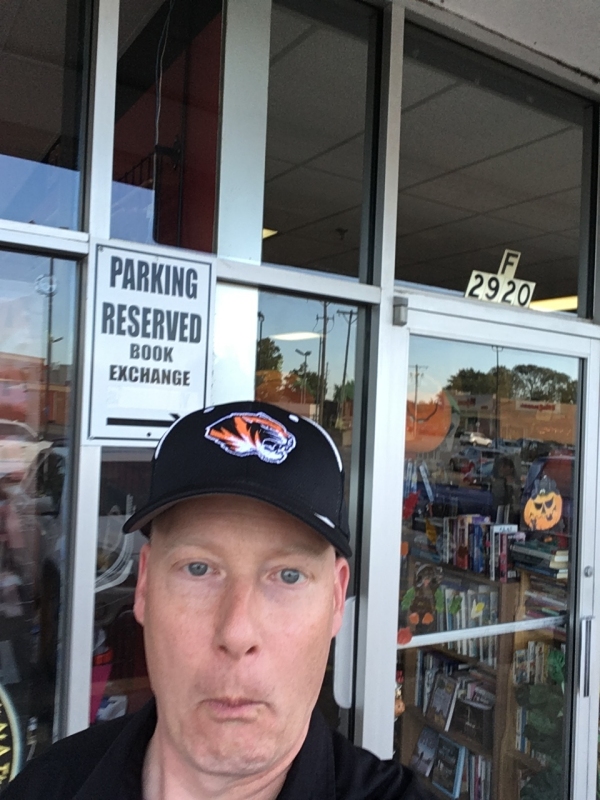 I’m not actually sure what the book store’s name is. On the map, it’s Book Exchange, and as the photo indicates, there’s a little metal sign indicating the parking in front of the store. However, bigger signs say Half Priced Books. So the name is one or the other. It’s right next to a martial arts school, and while I was browsing the books, I could hear the classes going on. Not just the sensei; I heard the students’ responses.

At any rate, I picked up a couple things mostly to be polite.

The other thing I do in when traveling for business: Retire to my room early to read. So which of the books above do you think I dived into first? Answer tomorrow.