So for a couple of weeks, we marveled at the beautiful spider webs woven between my truck’s driver-side mirror and the ground. Some spider was working overtime to rebuild it after windy days or days where I inconveniently drove my truck somewhere, tearing the delicate hunting ground.

I mused that the spider must be living in the mirror assembly, as it was unlikely that the creature would climb up my tires, through my suspension and body, to the mirror every day. Instead, after building the spider would retreat to its lair and then emerge again to drop down its initial lines and crawl back up to spin the web.

On my recent trip to Kansas, this was confirmed as the spider started rebuilding its web in the parking lot of the restaurant where I’d had dinner. 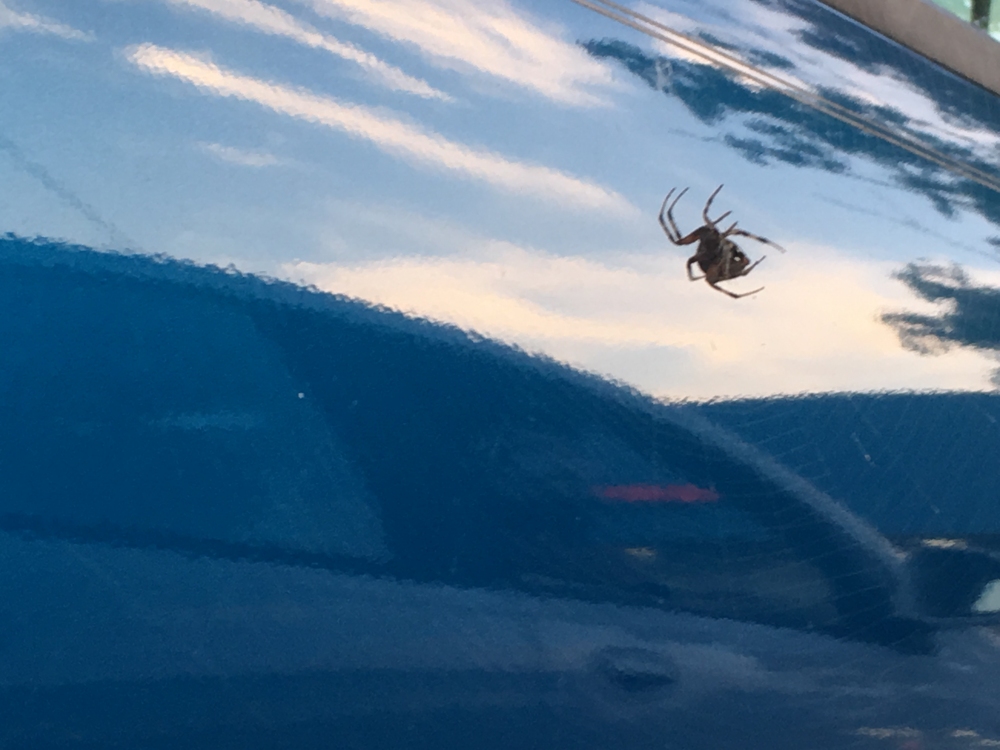 I took a few snapshots, climbed in, and drove off, presumably with the spider still dangling from its line. Along the road to my hotel, it blew off somewhere into the wilds of Leavenworth. Last seen headed southwest, towards Chez Venom.

As I drove along, I wondered/hoped two things:

The restaurant was an Applebee’s (since it shares a parking lot with the used book store. Do you think the spider saw that and thought, “Yayus! Bees that taste like apples!”?

1 thought on “Brian J. and the Invasive Species of Kansas”