I have a cousin who listens to a lot of hard rock and heavy metal, so this year for Christmas, I gave her a framed hard rock album since I couldn’t find a different one at the thrift stores before Christmas.

I put it in a frame and put some text on a label, and 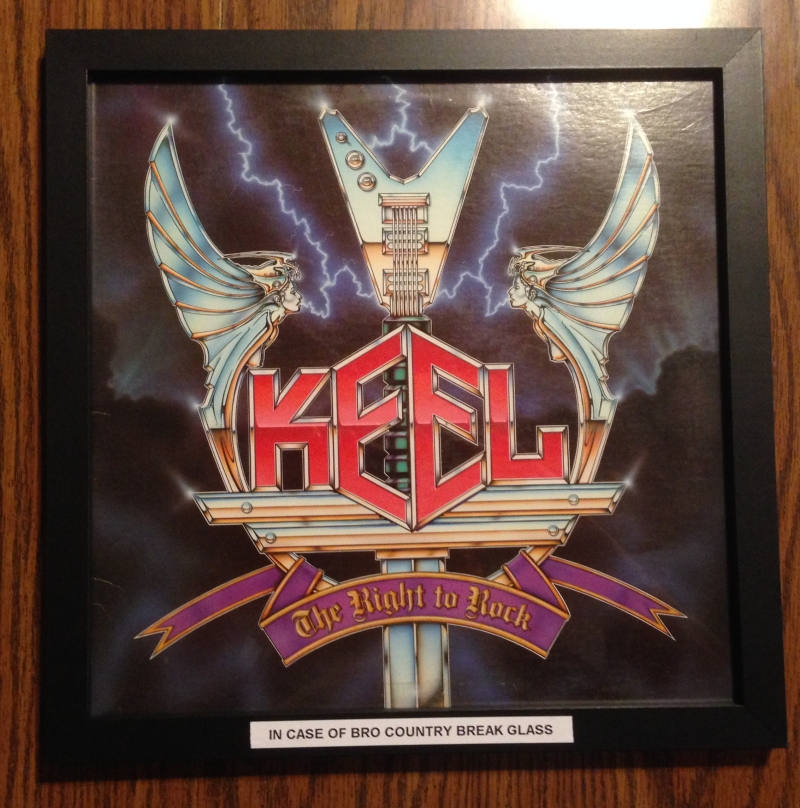 You know, I could make a bunch of these for craft fairs inexpensively. The album itself was a buck at the Friends of the Springfield-Greene County Library book sale. The frame was $7.49 at Hobby Lobby during its frequent half off frames sales. The label’s cost was negligible as I already had the label maker. So for roughly eight and a half bucks, I could make a bunch of these and try to sell them for, what, $20 or $25?

Assuming I could part with them, of course. It was hard to give this particular article away.