As you might know or guess, gentle reader, I am a skeptic of online streaming services and buying “digital” copies of movies, books, or music (exception!) because I’ve had enough electronic devices crash that I don’t trust electronic media, because I’ve seen enough tech companies fail to consider that they might not be there to provide me with what I purchased tomorrow, because I don’t trust that online services will keep their promises of availability of things I purchased.

But we have two paid streaming video sources at Nogglestead: Amazon Prime because it remains a shipping discount (for now) and Netflix because my beautiful wife likes to watch television shows on her tablet as she rides her elliptical exercise device.

A couple of times in the last couple of weeks, I wanted to watch a particular film not in the vast Nogglestead library.

After reading a listicle about John Hughes’ Planes, Trains, and Automobiles, I wanted to watch She’s Having A Baby because it’s the most adult of his coming-of-age comedies (and I plan to come of age sometime soon). But it’s not on Netflix nor Amazon Prime.

Then I got to thinking about funny Christmas movies my children might like to watch with me since White Christmas, Holiday Inn, The Bells of St. Mary’s, or The Bishop’s Wife are a little black-and-white for them, and they’re not old enough for Die Hard, Lethal Weapon, or Gremlins. So I checked Netflix and Amazon Prime, and again I was disappointed. 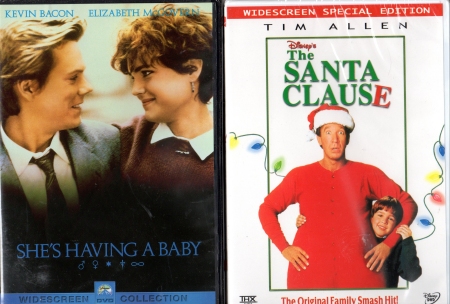 So now I have the two films I wanted to watch, and I can be assured I’ll have the actual ability to watch them whenever I want.