For the past year and a half or almost two years, my office housed the last of our old guard cats, the small half Siamese we got around the turn of the century. After the penultimate of the old guard died and shortly after we introduced the replacement cats, she developed a disdain for using the litter box, so we isolated her in my office and closed the door, wherein she had her own food and her own litter box, and she was less crotchety. She got ill, and on Sunday before church she was put down, and I buried her with the others. For the first time in a year, my office door is open.

I’ve removed the cat litter from the office, and I have started extensive cleaning operations, including spending four hours dusting all of the unread books on the four bookshelves in the office and the two small shelves of mass market paperbacks. 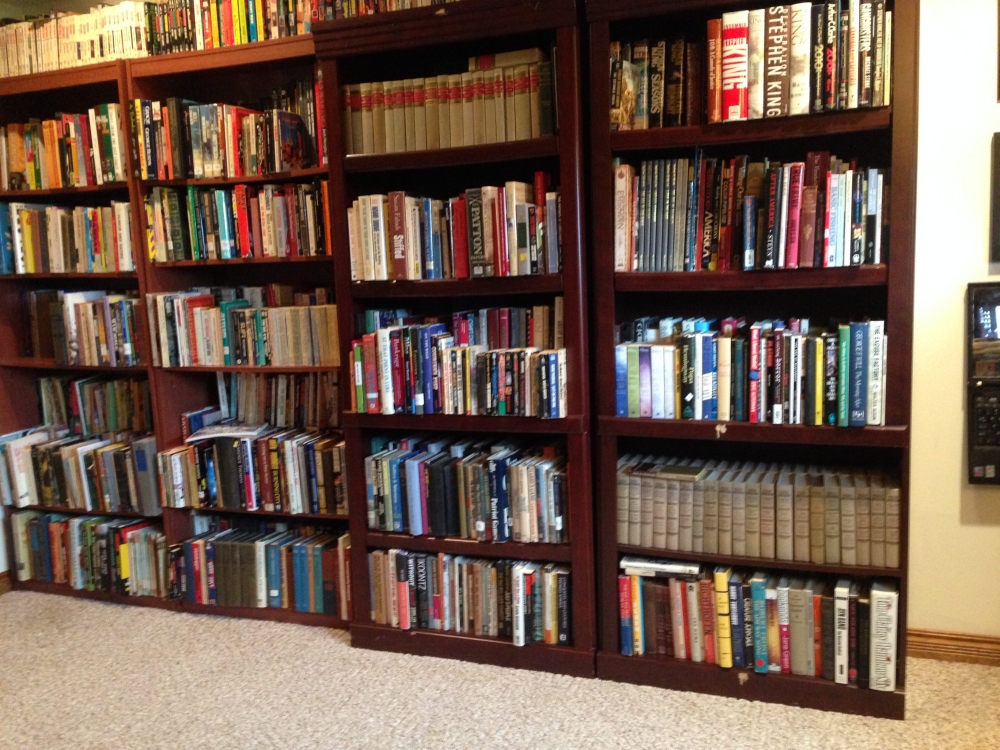 In addition to dusting them one by one, I reorganized them, making sure they were tight in the shelves, and I reversed some of them so that the books that were in the back were now in the front. It will give me a fresh set of books to look at when I go to pick something to read.

As I worked, I was delighted to find some really interesting books I would like to read. Clearly, I’ve thought about each volume as I bought it. It made me want to read, but before I do, I have to get through a couple library books I checked out for no other reason than I’m nuts.

Normally, I just dump my duplicate books off on my brother and assume he tosses them. But if you see anything you’re interested, let me know in the next week or so and I’ll bundle them off to you. The remainder go to my brother or perhaps ABC Books in a trade. 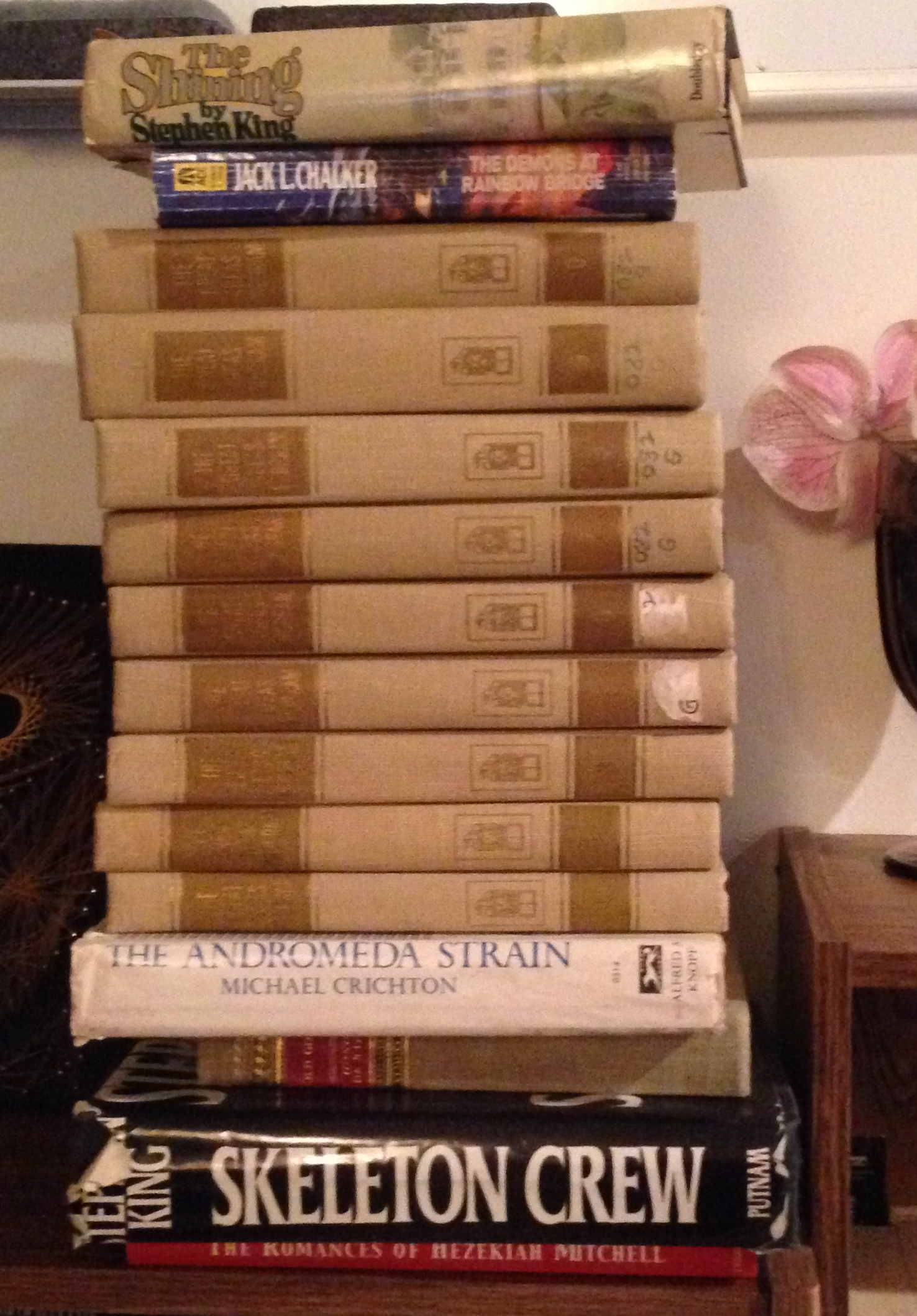 As I said, if anyone’s interested, let me know. Shout out and they’re yours.

2 thoughts on “Reflections on a Cleaner Library”