Well, just in case you were missing the Good Book Hunting posts, I went to the Friends of the Christian County Library book sale yesterday afternoon in Ozark. We picked our children up from school, and the whole family cruised down to check out what they had. As I already own many, many books, I assured my beautiful wife that I would not be buying too many. 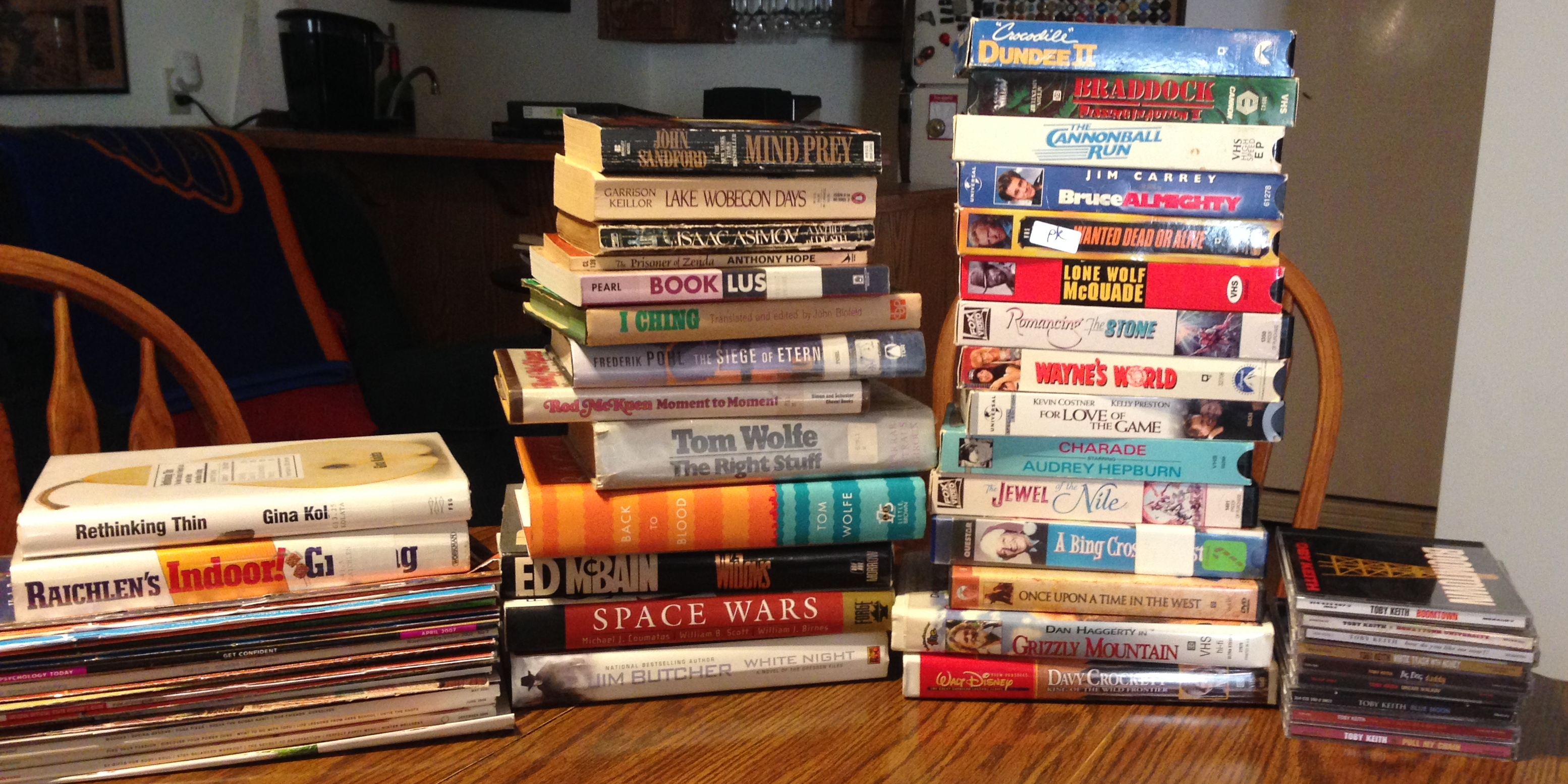 It was the videocassettes that got me. I’ve taken to watching films in the evenings after a bit of a lull, and I’ve been procuring them from garage sales and thrift stores a lot lately. Among yesterday’s accumulation, I got:

I also picked up nine Toby Keith albums which is almost half of his canon.

Amongst the books, I picked up:

All in all, it was a pretty good gathering of content to consume. Because it was half-price day, the total came to $18. Definitely cheaper than a movie.

The best part: Since I’ve been reading a little more this year and not buying as many books, I had room on my to-read shelves for the books. Well, I mean, it’s not like they’re tidy or single stacked or organized or anything, but I did not have to stack these new volumes in strange places.

Next week, though, all bets are off.