So I’m prone to bouts of picking new geek-friendly shows on television and recording them for my later viewing. How later? Sometimes years later. I’m only a year late on Sleepy Hollow. And I won’t be getting any further behind. 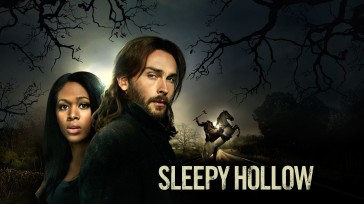 Okay, it’s a story about a man who’s been under a spell for a couple hundred years; Ichabod Crane, instead of the slightly philandering bookish dandy from the story is a spy for George Washington and an action hero. He awakens to head off the apocalypse when the headless horseman and other horsemen from the book of Revelation are trying to get a foothold in our world. So it calls for a certain suspension of disbelief. It’s our world, but strange things are happening in it. I can suspend disbelief.

But there are a number of things about the real world that the series gets wrong that sticks in my craw, and I can’t let them go.

I can forgive that the deputy he partners with has the high rank of lieutenant just so he can call her leftenant.

The commingling of the sheriff’s department and the village police force, though. They share office space, okay, that happens. But when the sheriff is killed in the pilot, all of a sudden, the sheriff’s deputies are getting ordered around by The Captain. Presumably of the village police. Which is a different police force, so he would not be able to give orders. And the sheriff’s dead, and no one gets appointed to act as sheriff and there’s no talk about who might stand for election for sheriff or if there’s a need for a special election. It’s not germane to the plots of the stories, but it’s how things are done.

And there’s the last episode I started, “John Doe” (episode 5) where the lost colony of Roanoke is found hidden away but all infected with a medieval plague that slips into our world, and Crane shows signs of it while outside an isolation ward with the head of the CDC task force assigned to monitor or whatever the plague, and they dramatically haul Crane off for isolation, but not everyone else in the room who has been exposed to Crane while he was symptomatic. That bothered me because it’s not the way that should have been handled, and also because my confidence in our CDC these days is that they might actually handle it that way.

But the thing that just absolutely killed it for me was the way this. We come out of commercial break often to an establishing shot showing a sign with Sleepy Hollow on it and the population: 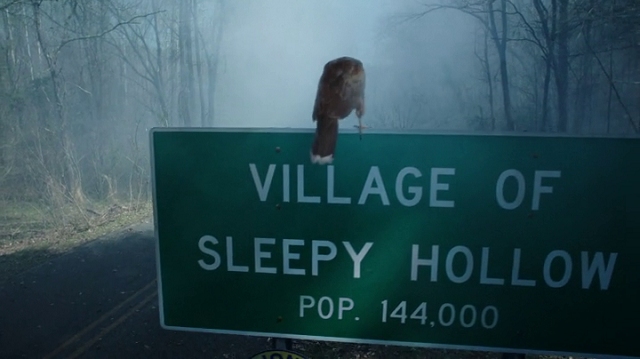 And someone immediately slaps a hand on the table and exclaims, “It’s a small town!”

144,000 people is not a small town. It’s a small city. Probably with bike paths and sushi joints. A small town is 5,000 or less. Even the Census Bureau tries to convince us that towns of 10,000 or more are urban areas. But the writers of Sleepy Hollow want us to think a city is a small town. Where are those writers from? New York City? Mexico City? Shanghai? Sleepy Hollow lies 30 miles from New York City. Do you know what’s 30 miles from a real small town? Another small town.

Bonus disgust every time the leftenant deputy sheriff is the one doing the exclaiming about the small town. Because her jurisdiction is not the town, it’s Westchester County.

The series provided so many groaners that I couldn’t get past them. Especially the small town thing. So I had to give it up.

6 thoughts on “Why I Gave Up On Sleepy Hollow”