Sadly, although I’m years behind, I’m almost through with the series Almost Human. 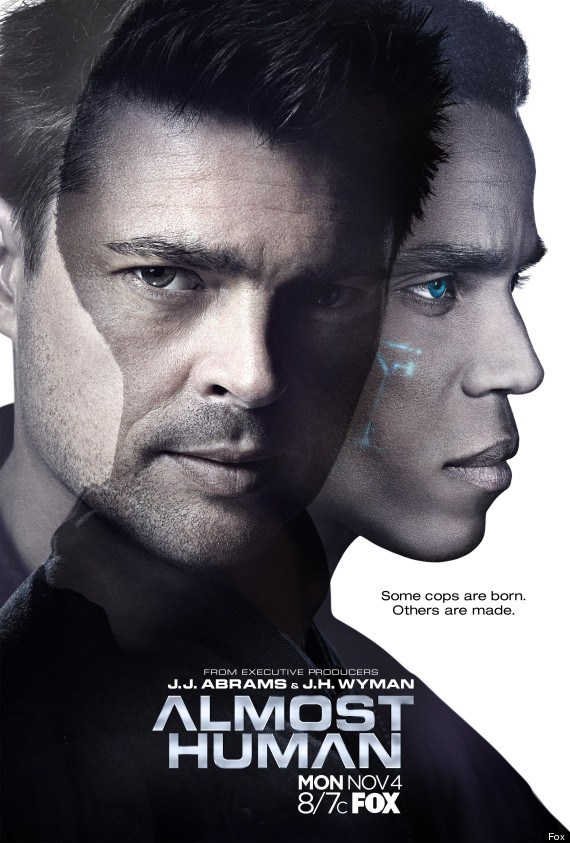 The series, if you’re not familiar with it, takes place a couple decades from now. Technology has advanced, and criminals have new means indistinguishable from magic for committing their crimes. A cop is injured in an ambush and loses a leg; it’s replaced with a prosthetic. Worse, he’s an old-school throwback kind of cop, and he doesn’t like being paired with an android. Instead of choosing the normal kind, he gets paired with the last of a line of androids programmed to have feelings–but all the others were decommissioned for going crazy. Together, they work on some crimes revolving around different science fiction technologies.

Unfortunately, it lasted only a season. The show kind of fell in a middle spot between two audiences: young geeks who watch things like Lost, The X-Files, Sleepy Hollow, and the comic book shows might have liked it, but it was a bit episodic and cop-showish. The show had a couple of overarching mysteryesque story lines that extended for a couple of episodes with little hints–Did the cop’s girlfriend at the time of the ambush, who has since disappeared, have something to do with the gang that ambushed him? What are these strange memories from someone else implanted in the android’s memory banks? However, these mysteries seem to have gotten dropped in favor of completely detached episodes. And the audiences that drive cop shows for decades, who like episodic plots, (that is, older people) might not have enjoyed the science fiction element. So it didn’t get renewed.

It definitely fell into my sweet spot, though. A throwback cop in the future, isolated from others around him. He’s sweet on a fellow officer, but she’s a Chrome–a genetically altered person who’s just discovering the camaraderie of her own kind as opposed to her fellow police like him. So the last episode ends with him alone out in the city, brooding.

Suddenly, it reminded me a lot of the Tex Murphy games. 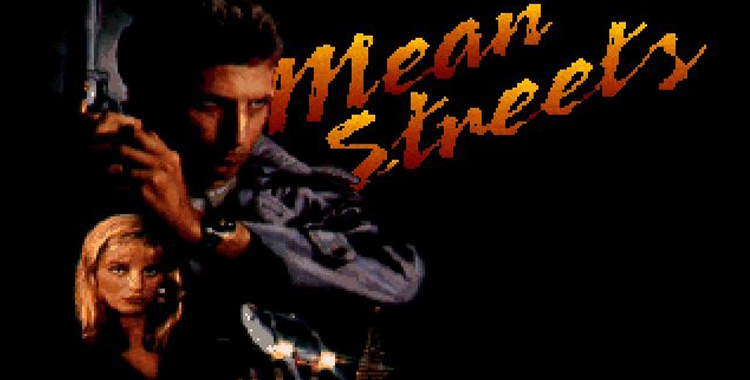 For those of you who don’t know, the Tex Murphy games feature a throwback private investigator in San Francisco about the same time as Almost Human, but it’s a post-apocalyptic San Francisco with mutants and whatnot. But the premise is a bit noir and a bit tongue in cheek. It started with Mean Streets in the early 1990s–I played it on my old 286. Remember when you referred to computers by the chip inside? The Olden Days. I liked the Mean Street so much that I wrote Access Software a letter (in the mail, child, in the mail!) and expressed hope for a sequel. Access sent me a very nice form letter about not accepting unsolicited ideas or resumes. So I sent them a resume from my twenty-year-old self. (I was not hired.) Eventually, though, Access did add other titles to the line, but I picked them up after my prime computer game playing days (that is, college). So I bought them, noodled with them, and sold them or gave them away.

“I wonder if the Tex Murphy games are on Steam,” I said to my wife after the penultimate episode of Almost Human.

So they are. The complete pack for $29.99. And there’s a new Tex Murphy title for Tesla Effect.

So after I watch the final episode of Almost Human, I might be crazy enough to buy one or more of these games and give it a go.

Which probably means I’ll do like I’ve done with every new game since Civ IV came out in 2005: Install it, run it once, make it through the introduction, and decide I don’t want to waste my time on video games when I have so many books to read.

All this would have been far easier if there’d been a second season of Almost Human.