What a difference a couple of years makes. Two years ago, we went to a book fair in Arnold and I thought it was in the middle of nowhere. We approached from one side, from the north. This time, though, we came from the south, and I realized that the church was on the corner of Jeffco Boulevard, the main drag in Arnold. A new big box shop development also cut down on the adjacent woods. So my former impression of a rural church was mistaken.

The selection was pretty thin, thinner than the preceding visit. I have to wonder about the future of church book fairs year after year. They draw from donations from reading members of the congregation, and that pool and available donations must diminish as time goes by.

I bought a couple videos and some books: 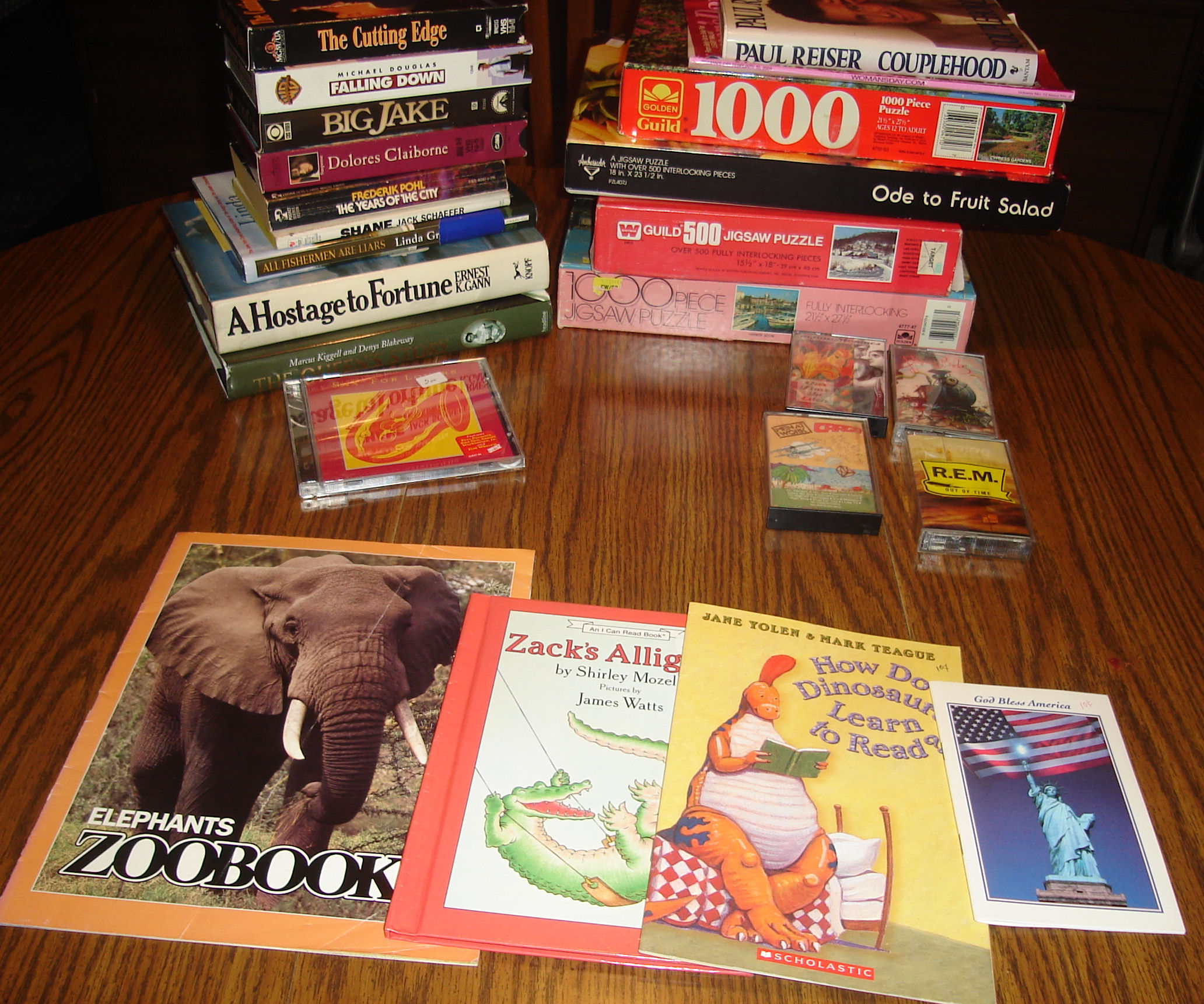 This weekend, we went to a church in Overland that had no fixed prices; you got whatever you wanted for a “donation.” This is a double-edged sword for us, since we pick up books like it’s a bag day, using the excuse, “It’s only going to cost me a donation (that is, not much),” but when we get to the cashbox, we donate more than a similar number of books would cost at a set price. For example, we donated $40 for this: 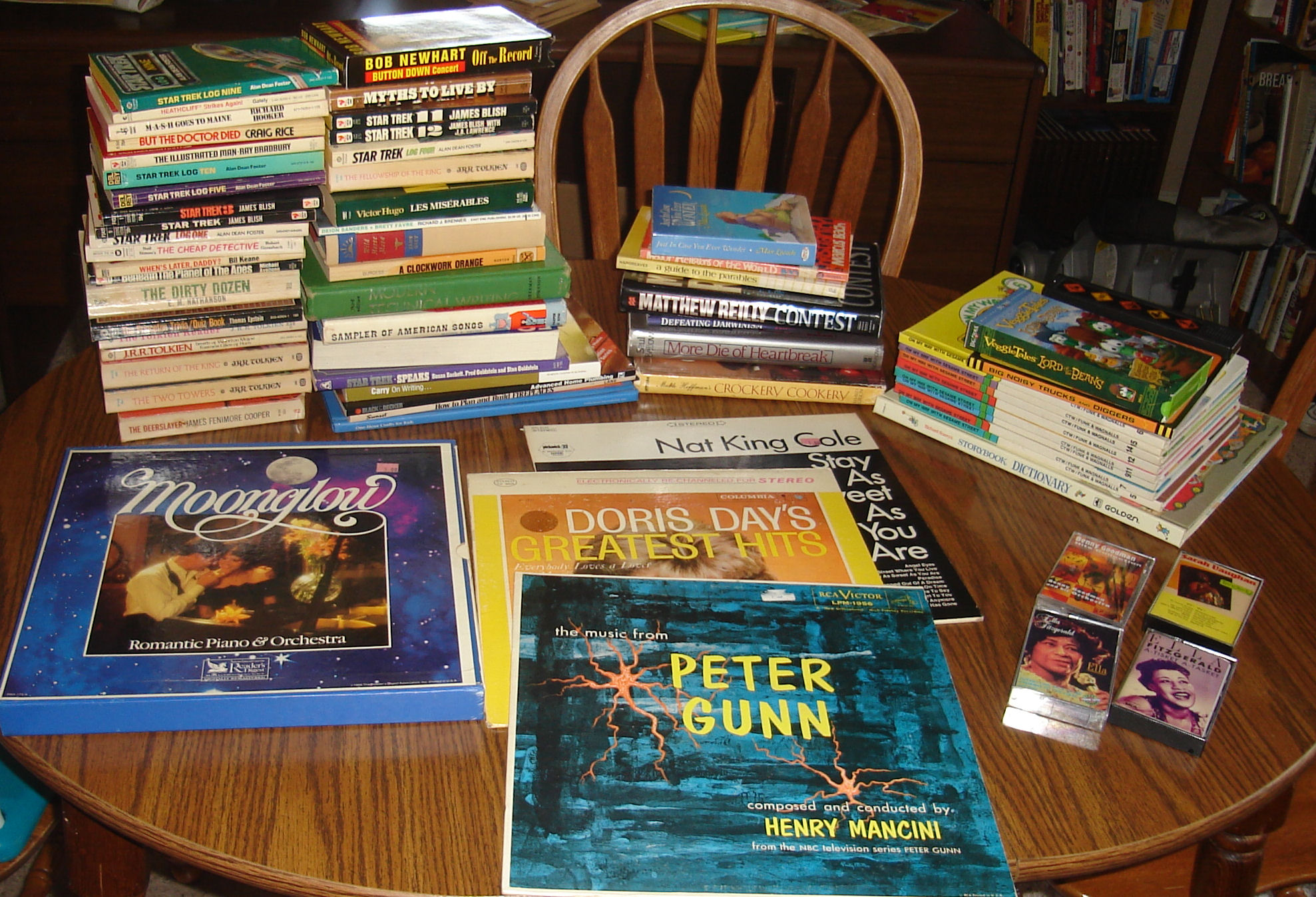 Fortunately, most of these books look short, unlike the 600+ page opuses (opi?) that I’ve worked on so far this year.

The problem is, his country is apparently the European Union.

From the London Telegraph, a story that covers the Republican wrath over President Obama’s remarks:

In a speech in France, a country that has been a bastion of anti-US sentiment in recent years, the President said: “In America, there is a failure to appreciate Europe’s leading role in the world. Instead of celebrating your dynamic union and seeking to partner with you to meet common challenges, there have been times where America has shown arrogance and been dismissive, even derisive.

“But in Europe, there is an anti-Americanism that is at once casual, but can also be insidious. Instead of recognising the good that America so often does in the world, there have been times where Europeans choose to blame America for much of what is bad. On both sides of the Atlantic, these attitudes have become all too common.”

You know, I’m mostly Republican, but all American. President Obama can call me those things if he wants, but if he’s talking trash about America, now that does rankle me. I feel as though I should explain to him as I would a two-year-old that this behavior is inappropriate.

Perhaps this is President Obama’s Ich bin ein Berliner speech. Except in his case, one can reasonably wonder if he wishes it were so.

Barack Obama’s criticism of America before a French audience takes this approach to a new level. He is after all the president of the United States. Obama nevertheless passed judgment on the United States and found America wanting….

This guy is going to stand up Over There and badmouth Americans and President Bush? He’s a coward with an inferiority complex, a desperate desire to win the approval of his perceived European betters. What an ass.

A faster response by emergency officials to the attack at an immigrant services center in Binghamton would have saved no lives, a county prosecutor said Sunday.

You know who might have saved lives? A concealed carry citizen on the scene.

A Kaiser Permanente hospital located in a Los Angeles suburb has fired 15 employees and reprimanded eight others for improperly accessing the personal medical records of Nadya Suleman, the California woman who gave birth to octuplets in January.

The unauthorized accessing of Suleman’s electronic records at the medical center in Bellflower, Calif., violated a California law designed to safeguard the privacy of health care data, according to Kaiser spokesman Jim Anderson, who said the snooping incidents have been reported to the California Department of Public Health.

Ah, yes, practices, procedures, and laws. They don’t prevent this sort of petty violations of privacy. And they won’t when the data is stored in a very large government database to which every petty bureaucrat will have access.

But they give the legislators a nice, warm cover when they make it all possible.