The Warlords Clash
In the dark master bedroom, those who fancy themselves masters of Warlords gathered to prove their mettle.

Brad “No Nickname Yet” Pipal watches the competition and Heather “Hot Conservative Chick on a Bicycle” Noggle laughs at the funny blogger with the flash camera who ruins the Warlords’ pupil aperature as Shawn “Montana” Curtiss, Scott “The Sophomore” Bale, “Cagey” Kevin Goring, and Andrew “El Guapo” Martello contend on the projected game of Warlords. Every year, one man (sorry, but it’s been a man all four Atari parties) dominates the field.

El Guapo assures me it was him again this year.

Heavy Barrel
The Heavy Barrel that I picked up at auction for $150 proves fairly popular. 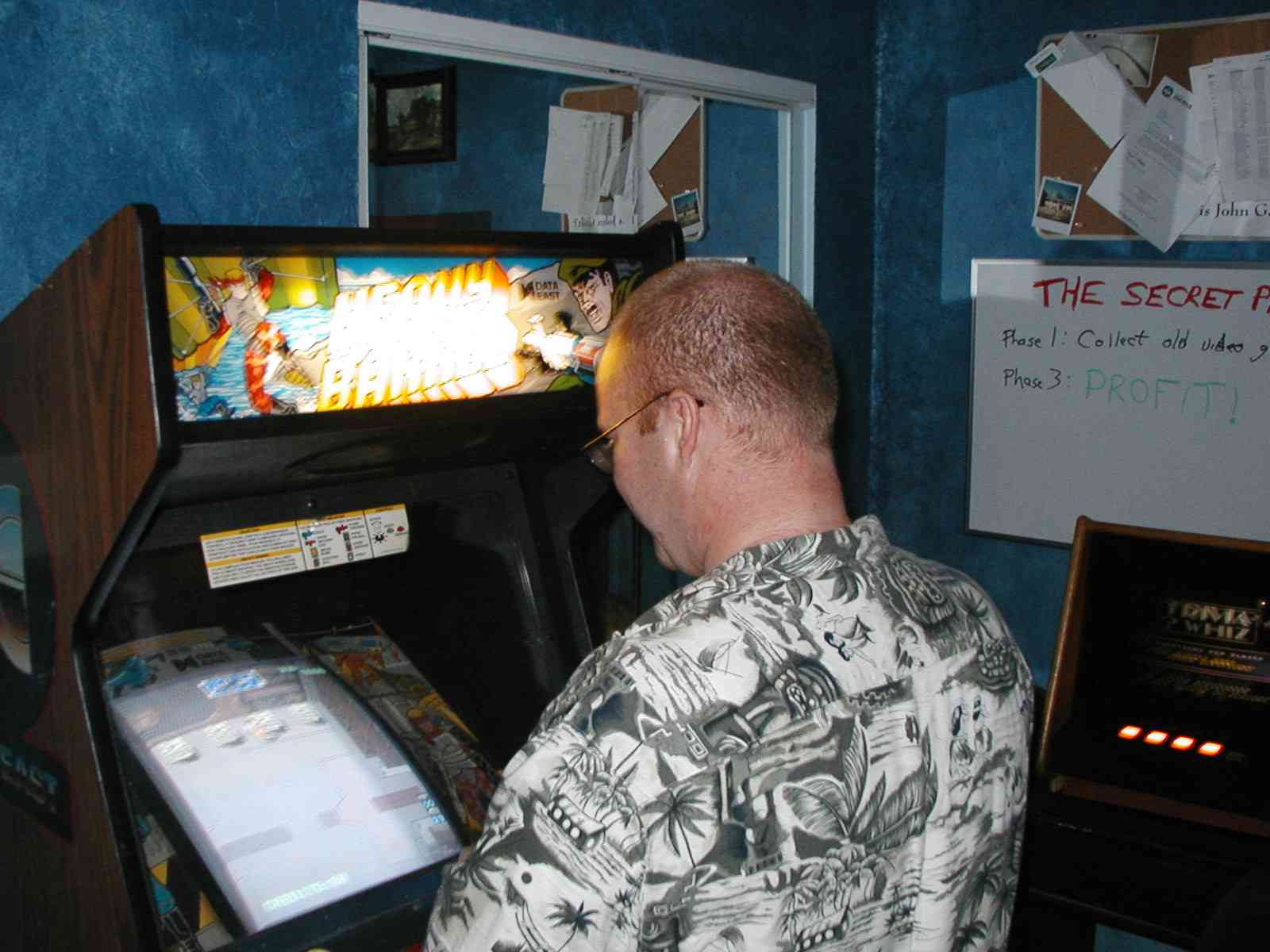 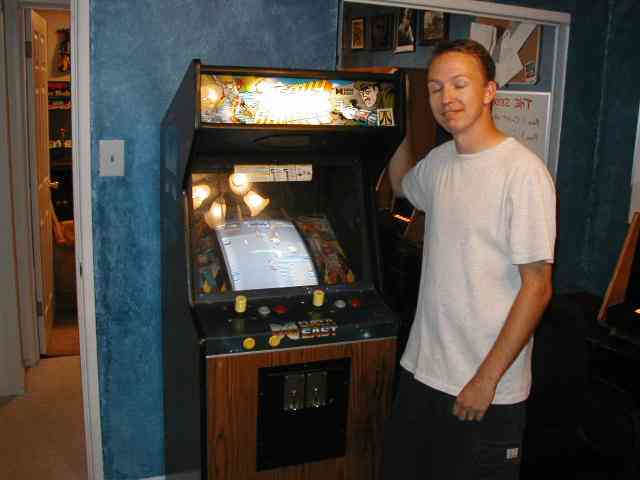 Meanwhile, in the den:

Will “Willr” Reinhardt and Ryan “Ryan1” Stephenson look confounded with Super Mario World right before they plead for me to enable the PlayStation 2 instead of the Super Ninetendo. Hey, check out Kelly enjoying a yummy Guinness Draught. When you come to a party at the Noggle house, I share everything. 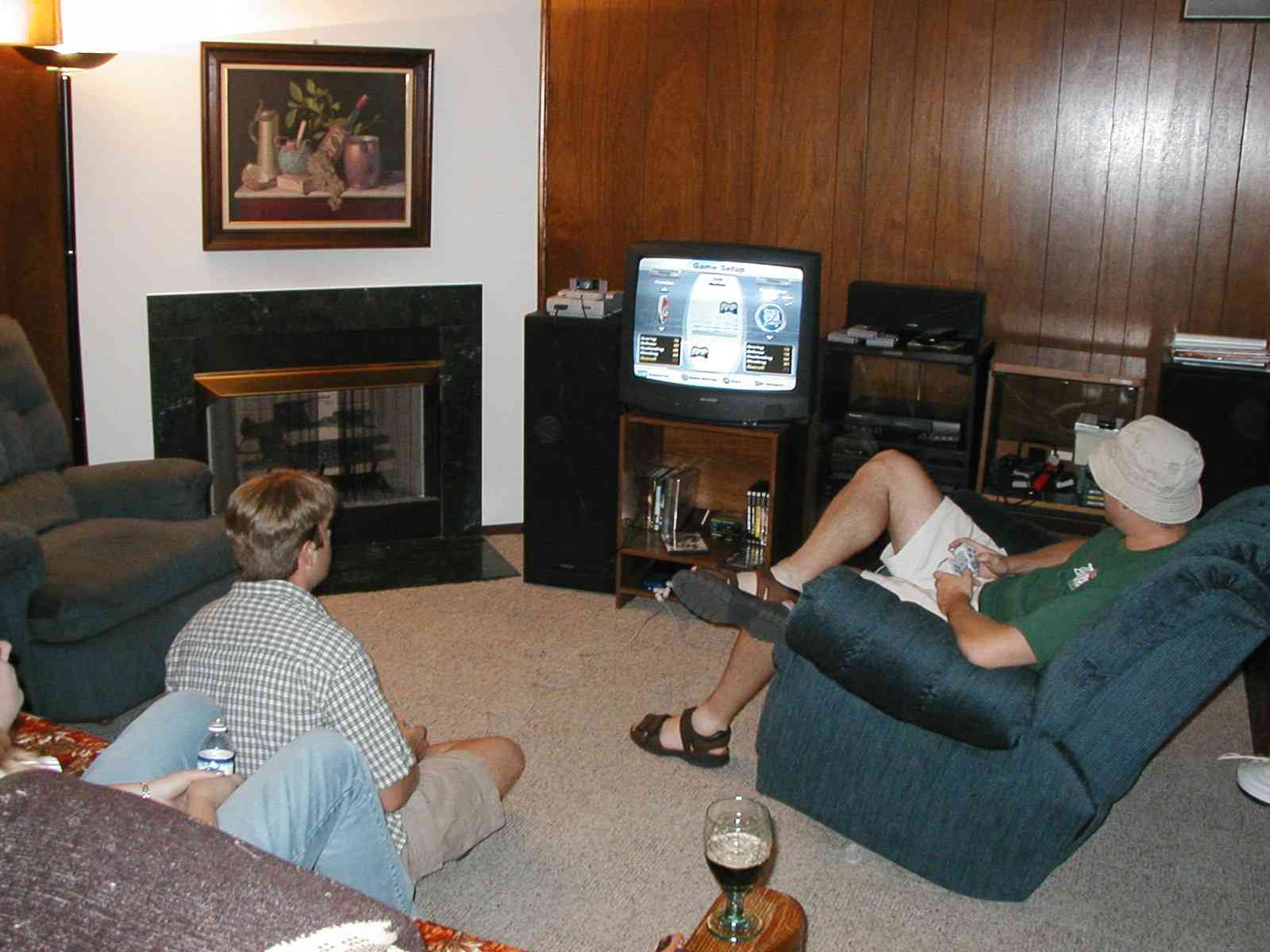 All right, you damn kids, have your CD-based games! Back in my day, the games came on cartridges, and we liked it! Because have you ever thrown a CD at your little brother? They’re round! You can’t even put an eye out!

“Pixie” Crowley contemplates her strategy for the next screen of Yar’s Revenge. Husband Tim “Rated AAA” Crowley watches. Michael “Brian’s Running Out Of Nicknames” Cohan holds a Frogger clinic for Jennifer and Patti.

Pixie tries out her strategy, and Mike oversees his acolytes as they try to enact his teachings.

Conclusions
Sorry, guys, that that’s all the pix. I was too busy drinking to snap them, so we didn’t get a group photo of the first MMxAA meeting nor of anyone trying out the Arkanoid, Thunder Blade, or Trivia Whiz IV. games. Still, a good time was had by all, and we’re already looking forward to AP5 next year.