We threw together our 2005 Atari party kind of suddenly, and with less fanfare than in previous years, or so I tell myself. It looks as though the turnout was lower than in previous years, and it might have been, although I remember more people than depicted here. As it stands, I spent more time playing and socializing than photographing, so we get a bunch of setup shots and then a couple action shots late in the evening.

Also note that these images represent shocking, previously unseen footage since I didn’t put them on my blog at the time. This writeup stems from 2010 when I ported the pages from my previous host.

Now, onto the Atari Party! 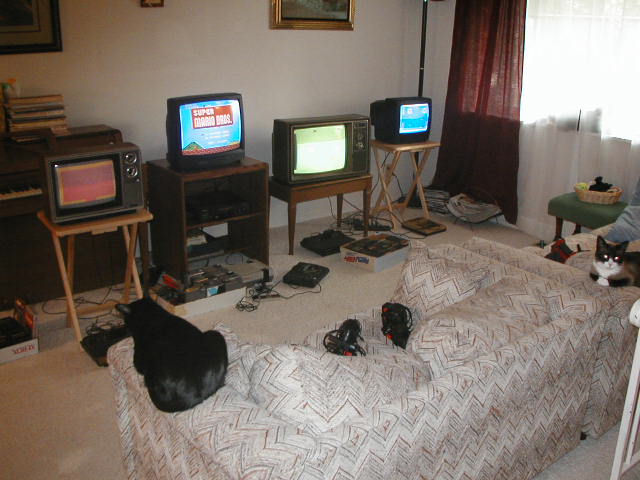 The living room has its normal arrays of Ataris, Nintendo, and tennis/hockey/handball. 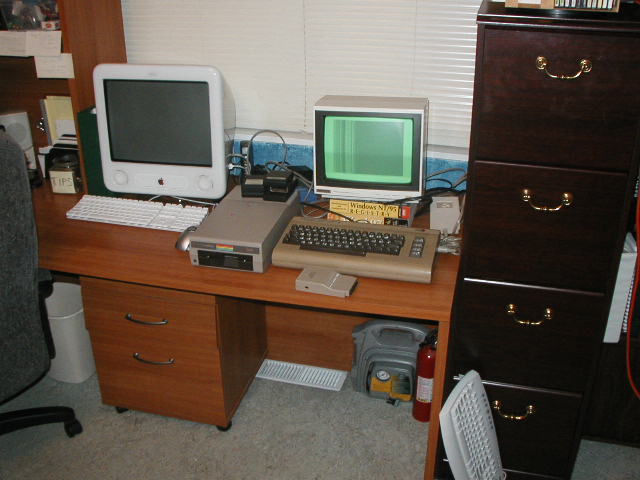 In my office, I’ve deployed a Commodore 64. That year, we not only showcased Ataris, but other machines from my collection. 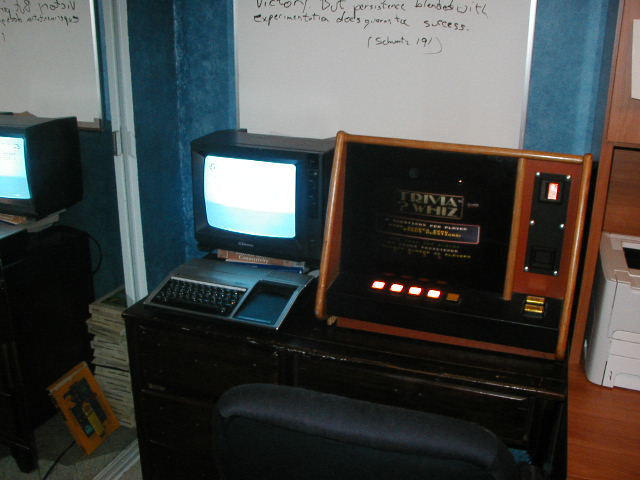 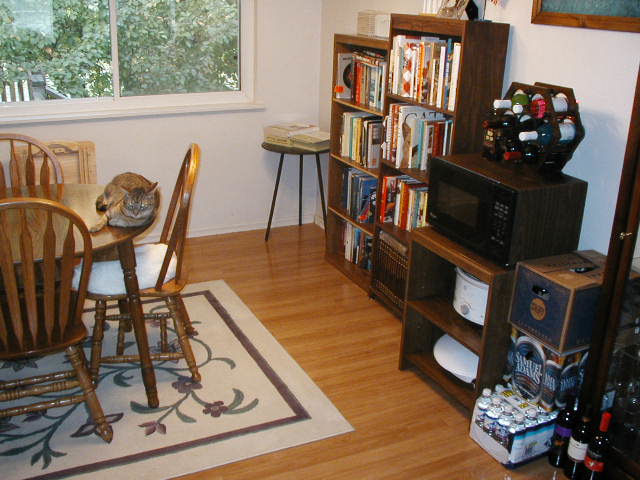 In the dining room, plenty of beer and cheap, cheap wine. Is that Mad Dog 20/20? Yes, it is! Boone’s Farm Flavored Wine Product? Nothing but the best for my friends! 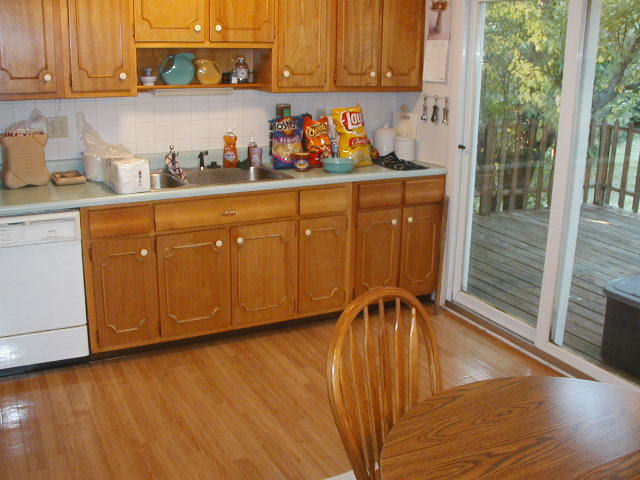 Snax in the kitchen. Is that a Purina dog bone with snacks in it? Yes, it is! Later, when I had to go downtown to work, I filled the same dog bone with jerky and snacked from that. The co-workers left it alone. 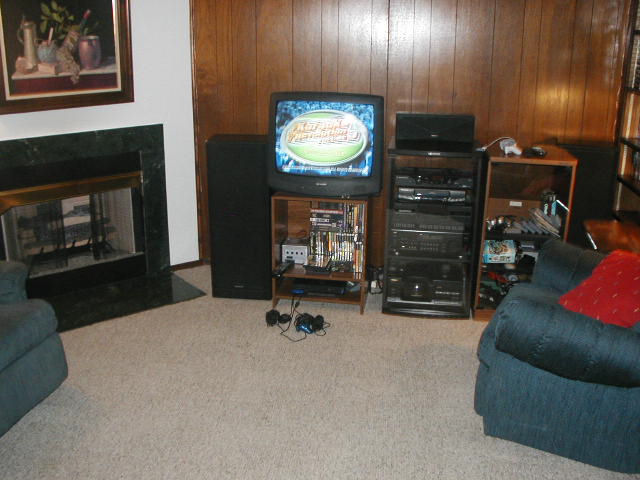 Karaoke in the den, again. You’ve probably seen something like this before. 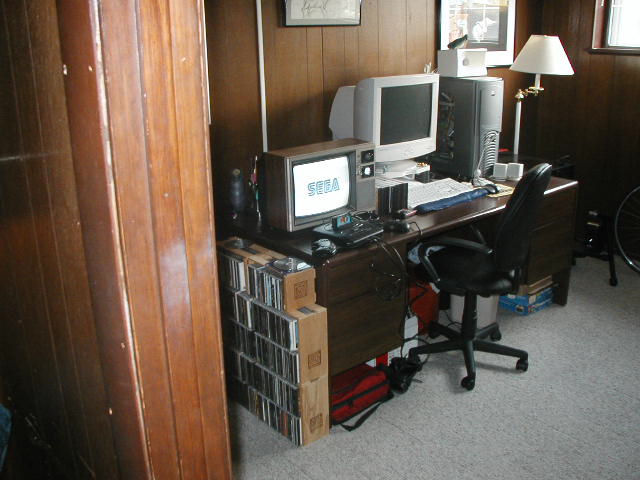 In Heather’s office, a Sega Genesis. 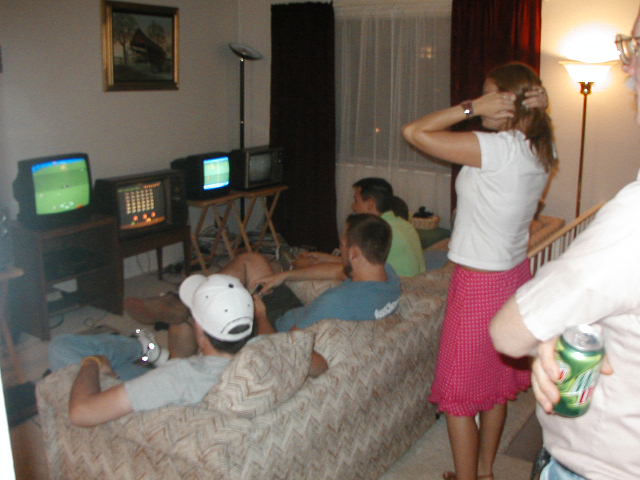 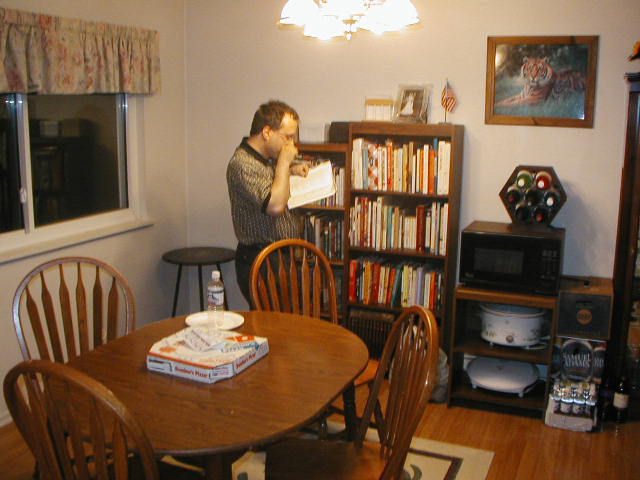 Mike reads a book, stocking up on trivia. 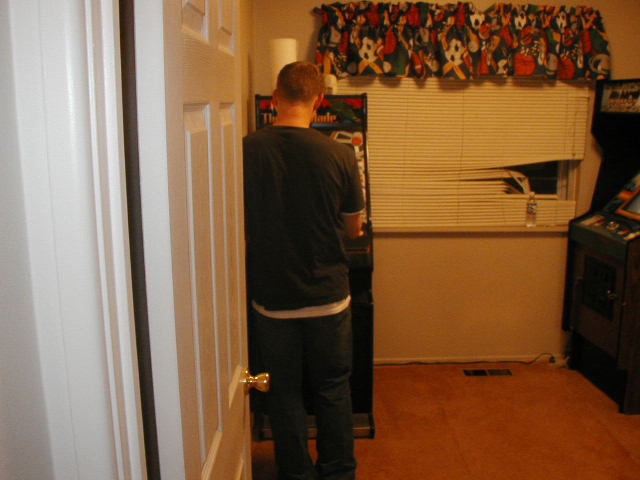 Who the heck is this guy? He likes Thunder Blade, anyway. 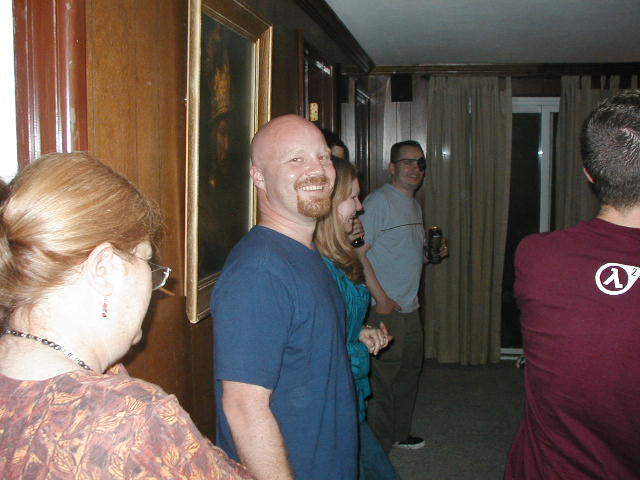 Pixie, El Guapo, Heather, Shaun, and Merk look on as someone sings. 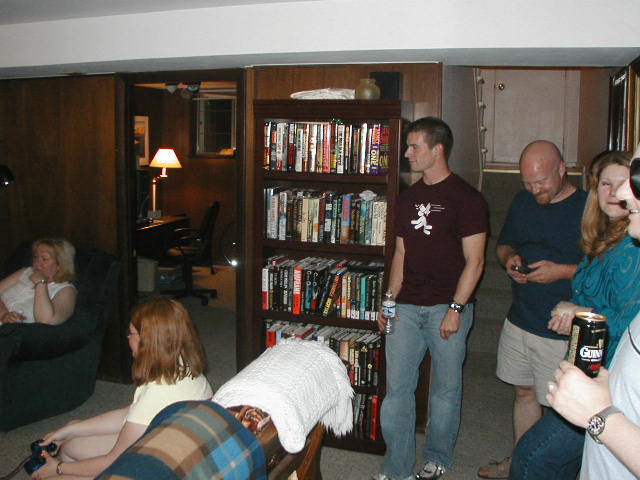 The same people look on again, or still. Jennifer and Kristen vie for fame or at least a turn. 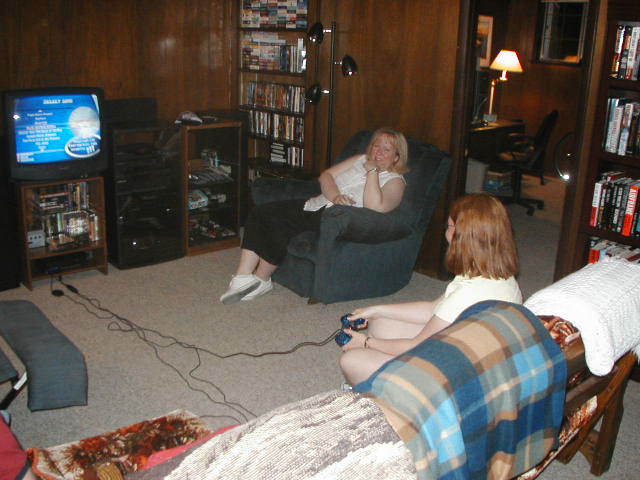 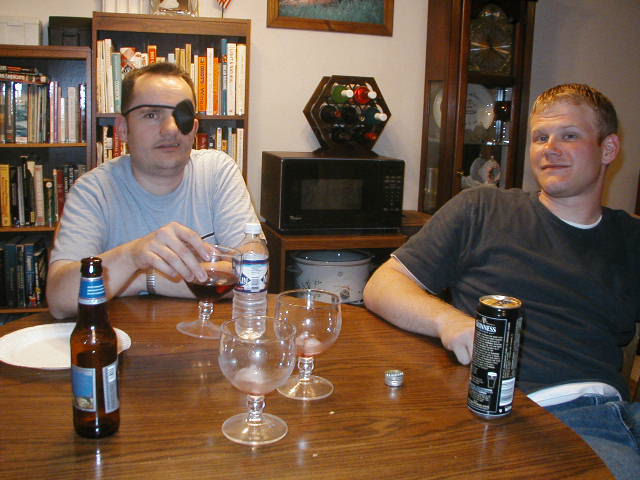 Late in the party, QA drinks Mad Dog and raises its voice with the developers.

As I said, not a lot of pix from this one. It turned out to be our last one in the first decade of the 21st century and we had children next year.