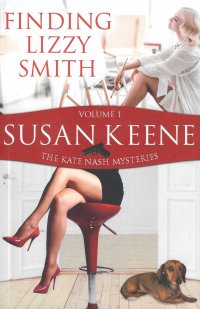 This is the first book I’ve completed in the 2023 Winter Reading Challenge. I have applied it to the Female Detective category. The main character is a detective, a former police officer, and the action is more urban action than I think the Cozy category would allow. The two are kind of redundant, although from what I have read in the genre definition somewhere on the Internet, Agatha Christie’s Hercule Poirot series would be cozies. But we will see–Cozy might be the last category I read if I make it through all fifteen.

In the book, a former police officer turned private detective after her husband was murdered is scheduled to meet a college friend in Forest Park, but when she waits for the friend who does not show, a laser dot appears on her. Another friend saves her from gunshots, and so she has to wonder where her no-show friend, the Lizzy Smith of the title, is. She starts to investigate, and others in their close circle of college friends start to die–and her husband might have been the first. Eventually, she discovers that it might be tied to a dance club fire that killed several people and left a potential Olympian without legs. And Lizzy might be part of it.

It’s an okay book, paced well enough and well-written. As the book takes place in St. Louis and was written by someone from Southwest Missouri, I was watching for little gotchas. In one instance, the protagonist and another woman go to a strip club on the corner of Euclid and Kingshighway. When I lived in Old Trees, I remembered Euclid nearby–and I guess it’s in the Central West End, too, but running parallel with Kingshighway. It actually does intersect with Kingshighway far north of the Central West End–in an area where two small white women (the main character is 5′ 1″) would probably not go. The book has some misspellings and misnomers that spellchecking would have missed–Kingshighway appears as two words, for example–that a closer proofreading by a native would have caught. On the other hand, she talks about a 40-caliber Glock, and I thought that was a mistake–but I heard it a second time, so I double-checked, and the Glock 23 is chambered for that round, so it’s not wrong, but I’m not sure how common they are outside of women-generated detective fiction. Also, the rifle with the laser site is identified as chambered in .243, but I’ve always seen that as .243 Winchester. But that’s just from rifle magazines, not real conversations.

At any rate, I bought a number of her books in November (that long ago already?), and I don’t dread reading the next one. I can’t say when I’ll get to the others, though, as I do have this Winter Reading Challenge to tackle yet.