So we had a little time to kill after going to the Kansas City Renaissance Festival for a bit on Saturday. As we were booked to stay in Overland Park, Kansas, a city of 200,000 people, I hoped we would find some used book stores. But only one, and to be honest, I confused the number (1/2) with Books-a-Million, the national chain (I was only 999,999.5 off, which is within political polling’s margin of error). But it is a used book store, a higher-priced used book store that looks like it might cater a bit to the university trade (a lot of textbookish titles in theology and philosophy).

I looked mostly in the clearance section in the back, and I bought a few things. 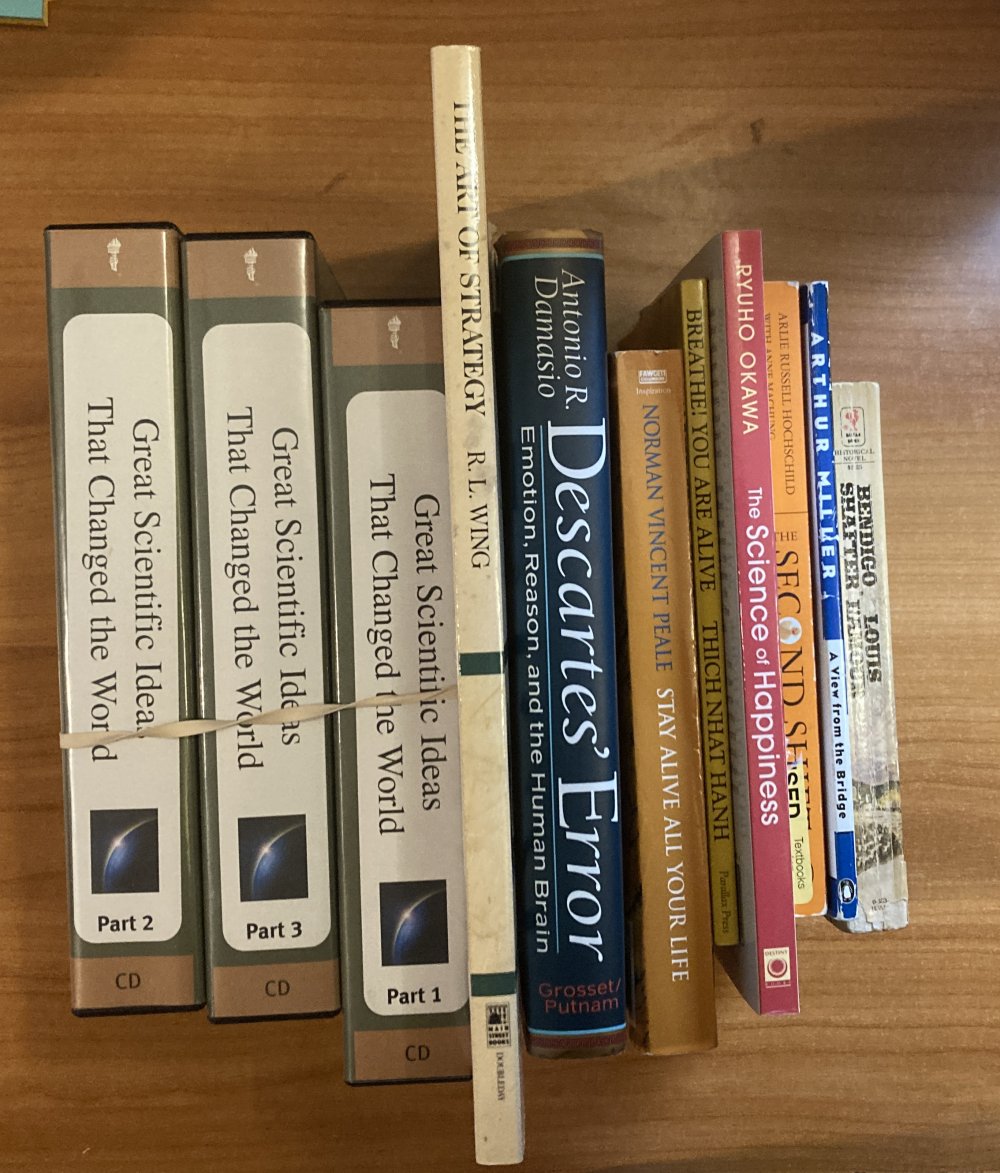 All right, gentle reader, you know me well enough by now. Even though I brought a book (one!) for my overnight trip, you can probably guess which book I started (and finished) in Kansas over the weekend. Which was it?