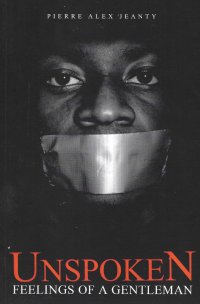 This book was in the poetry section at ABC Books, but that’s a bit of a misnomer. The author’s bio calls him a social media influencer, and the book reads like a bunch of Instagram posts. Some are a couple paragraphs of prose, and some are “poetry,” although they’re just prose with line breaks.

Thematically, the work is about a man who was sensitive, and then became quite the pick-up artist, but then repented of it and is celibate until he finds his future wife. He talks about an absent father, he apologizes to women he’s wronged, and he encourages them to wait until they find a man worthy of their affection.

I mean, it’s a good message, but I had a complicated relationship with the book. I mean, I’ve known some men who’ve been good with the ladies, my own father and Mike amongst them. And I’ve behaved myself chivalrously and neurotically with women even in my salad days, mostly. So I don’t have much of a score in the scoring department. So when presented with material about a reformed philanderer, I bristled a bit. I’ve always been a good boy; where are my accolades? Eh, not in this world.

Also, when a manipulator says he’s reformed, you can take it to the bank. The river bank.

Still, I hope he’s sincere, and I would have preferred a coda where he has found his soulmate and has been true to her. But I wish him well.